I went to the Roundhouse Craft Beer Festival this afternoon with my pals, Darlene and Jennifer ... the festival was today and tomorrow.

This is the sixth time I've been to the summer one and I've also been to the winter ones.  It was a nice day for it ... sunny and warm.

Tickets (which included the tasting mug) were $25 in advance.  Tasting tokens were $1 each.  I had six left from last year and started with those (Darlene and I split a 10-pack later on).

The gates opened at noon.  I got there about 12:20pm and there was a long line-up to get in ... Darlene was ahead of me in line so I joined her (and then Jennifer arrived).  We still had about a fifteen minute wait to get in.  Every year there is a giveaway to the first couple hundred  people ... this year it was a fanny pack but we weren't there early enough to get one. 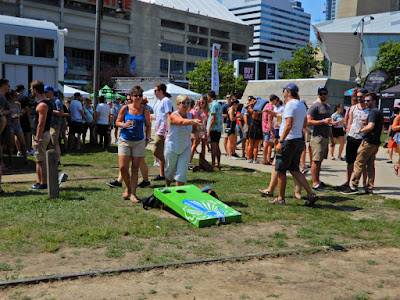 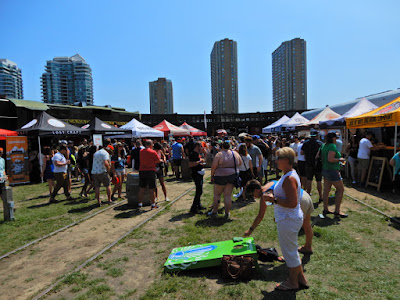 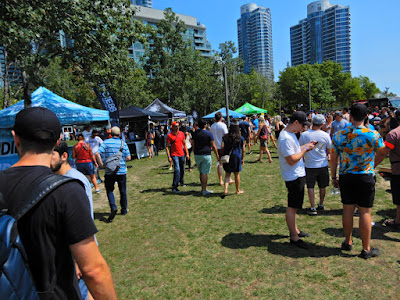 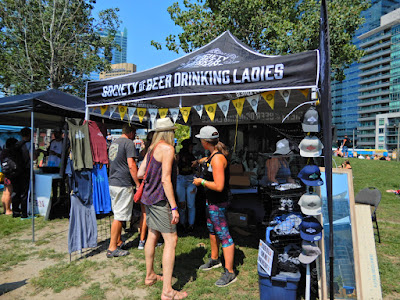 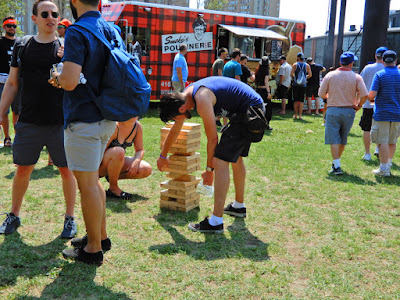 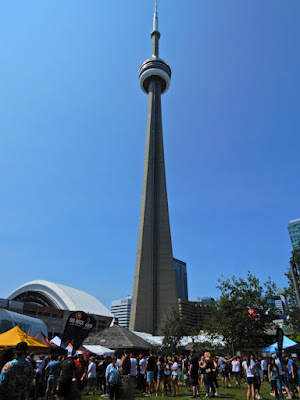 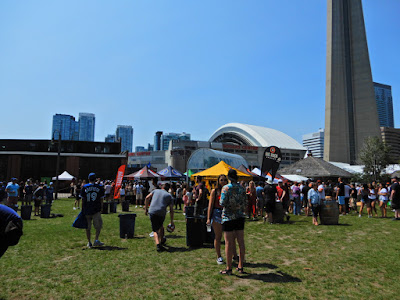 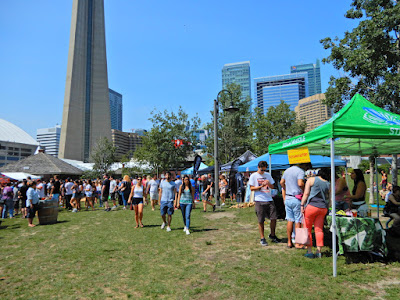 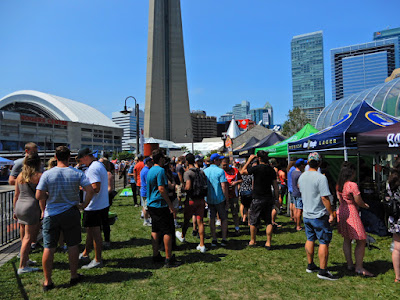 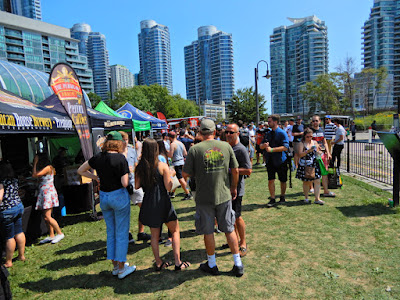 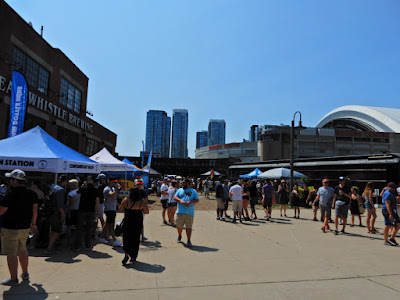 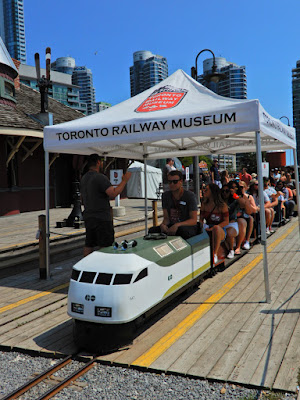 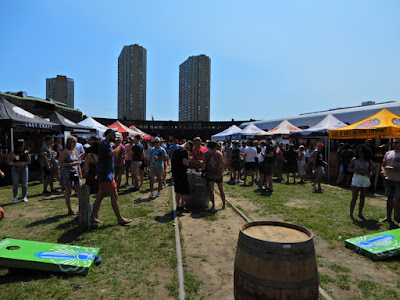 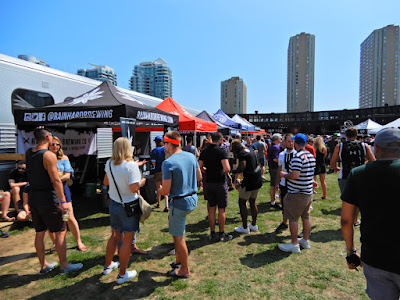 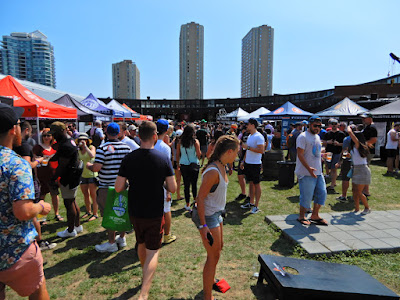 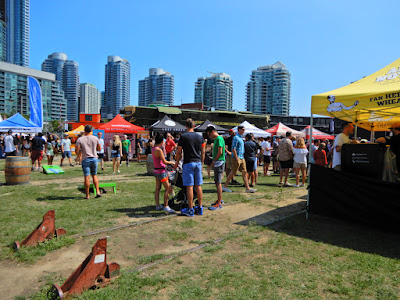 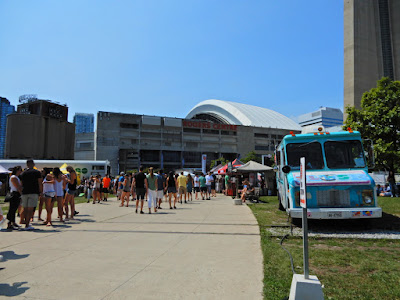 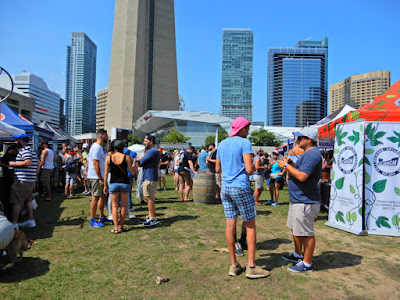 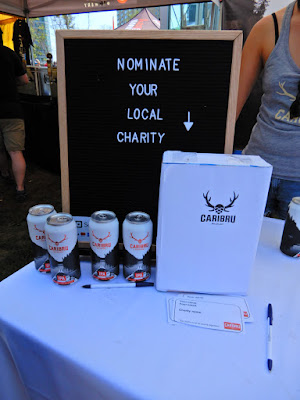 Though it was fun, it seemed like there was less this year ... less providers, food and entertainment.
By Teena in Toronto at 5:00 pm
Email ThisBlogThis!Share to TwitterShare to FacebookShare to Pinterest
Label(s): Beer festivals