The Rocky Horror Show is one of my favourite musicals.

The musical tells the story of a newly engaged couple getting caught in a storm and coming to the home of a mad transvestite scientist, Dr. Frank-N-Furter, unveiling his new creation, a sort of Frankenstein-style monster in the form of an artificially made, fully grown, physically perfect muscle man named Rocky Horror, complete "with blond hair and a tan".

I've seen the play a few times plus I've watched the movie more times than I can count.  It's playing at the Avon Theatre as part of the Stratford Festival. 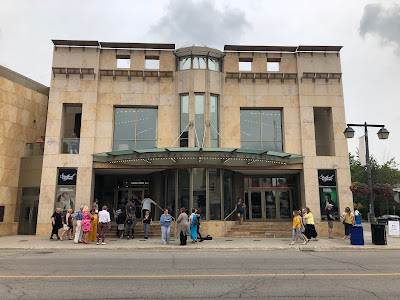 There is a photo op in the lobby so, of course, I jumped in. 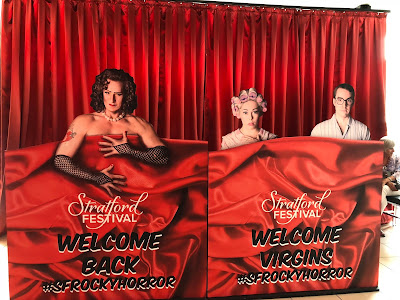 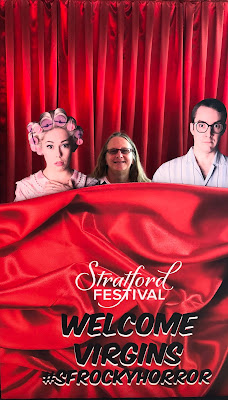 I think this was a fun production and the actors did an excellent job ... it was lively and funny.  It is not for children or the easily offended as the language was expressive and there was touching and grabbing of female and male parts.  In addition to some people in the audience yelling out, there were a couple plants yelling to the actors, which was funny and at times raunchy.  The actors paused and responded back in kind.

What I found was missing, though, was the sexual power of Frank-N-Furter.  That's probably the problem of seeing as many times as I have.  Though amusing, I thought the actor playing him came off more like a pouting drag queen.  If you watch the Tim Curry in the movie version, you'll see what I mean re what was missing in this character.  A couple of the musicals I've seen have been able to capture it also.

The audience loved this musical and I'd recommend it.