I spent last night at the Seacliffe Inn in Leamington (about 3.5 hours SW of Toronto).  I stayed here for a night two years ago. 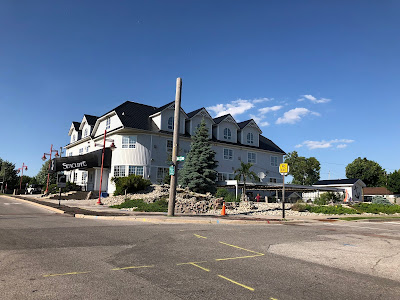 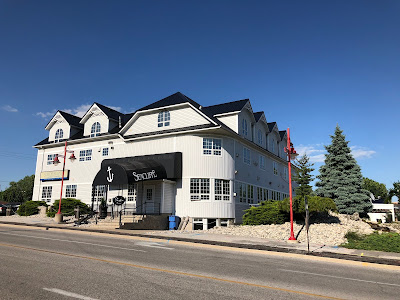 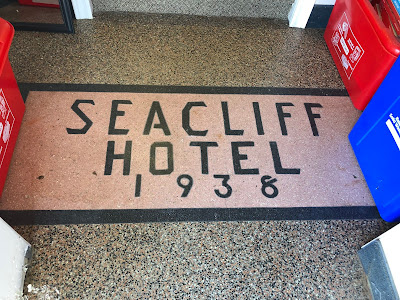 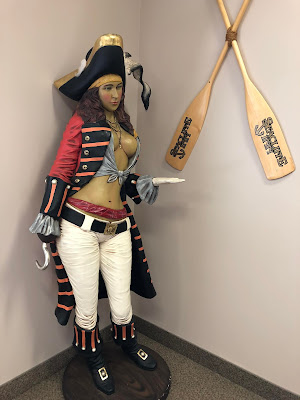 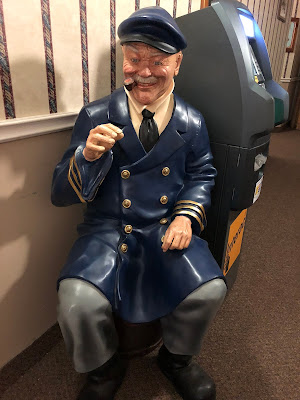 It is across the street from Lake Erie, where you catch the ferry to go to Pelee Island.


Here was my room ... it was a long odd-shaped long corner room. 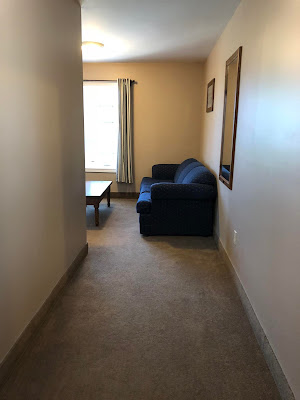 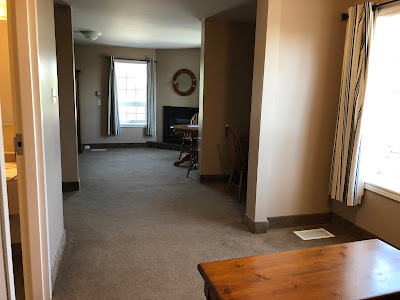 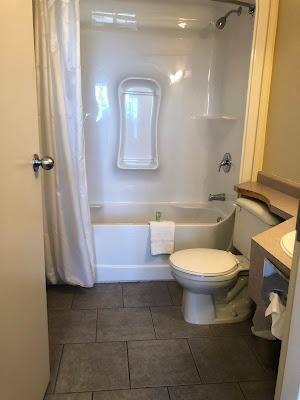 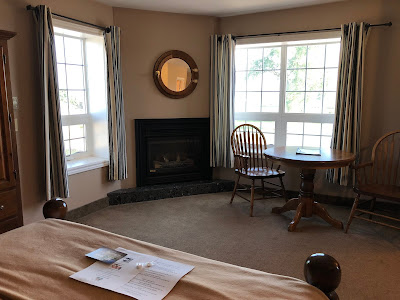 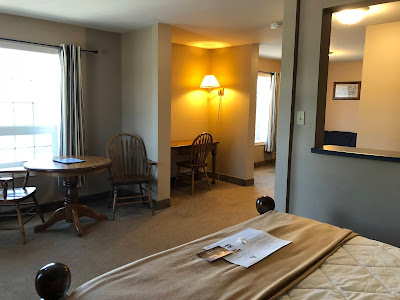 WIFI (it was speedy) and parking were complimentary.  In the room, there was a mini fridge and a coffee maker.  There was also a gas fireplace that would be cozy in winter.  There is a restaurant in the inn and some within walking distance (within a block).

There were some oddities with the room.  There were no towel racks in the bathroom (same as the last time I stayed here) ... they were in a small nook next to the bathroom.  There was no alarm clock so I used my cell phone to wake me up this morning.  The couch was a long way away from the TV (I watched it sitting at the table).  I realized this morning there was no phone in the room.
By Teena in Toronto at 7:00 am
Email ThisBlogThis!Share to TwitterShare to FacebookShare to Pinterest
Label(s): Hotels