The Phantom of the Opera, Princess of Wales Theatre, Toronto, ON

I saw The Phantom of the Opera tonight, presented by Mirvish Productions at the Princess of Wales Theatre (it's the U.S. tour).  It opened last night and will run here until June 30. 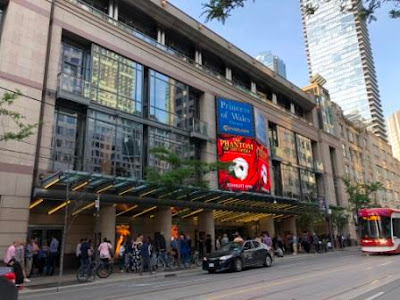 I've seen it about five times and it's one of my top five favourites.  I'd seen the original production that ran in Toronto for ten years in the late 80s/early 90s with Colin Wilkinson in the title role (he was awesome).  It was probably the first mega-musical I'd seen.

You can buy souvenirs.  I'd bought a teeshirt the last time I saw it. 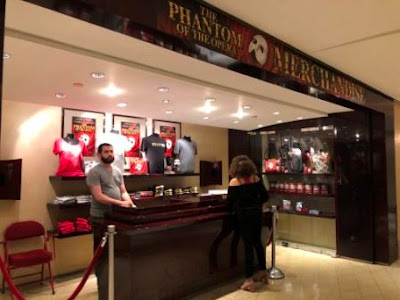 My seat was in the front row in the first balcony.  I've usually sat in the lower orchestra level so thought I'd try a different view and I liked it. 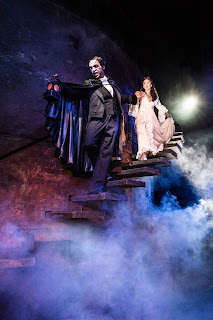 I thought the actors did an excellent job in their roles.  Quentin Oliver Lee is the phantom ... what a voice!  He made me feel sorry for the phantom even though he is the bad guy.  It was obvious his heart was broken.

They were creative with the set.  It's colourful and there are lots of bright pyrotechnics.  The chandelier at the end of the first act sudden drops.
By Teena in Toronto at 10:30 pm
Email ThisBlogThis!Share to TwitterShare to FacebookShare to Pinterest
Label(s): Live theatre, Live theatre: Mirvish