I had supper this evening at Pony Corral Restaurant & Bar on Pembina Highway.  It's a nice night and I'd read that they had a patio that overlooks the river. 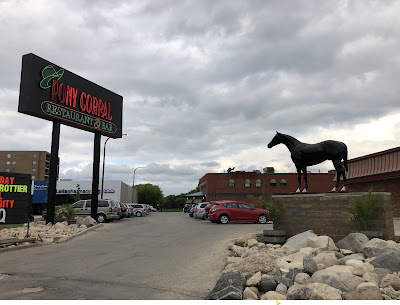 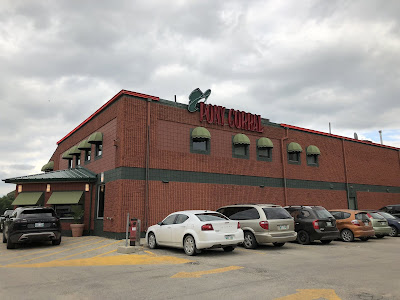 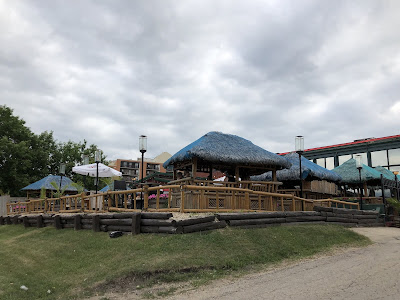 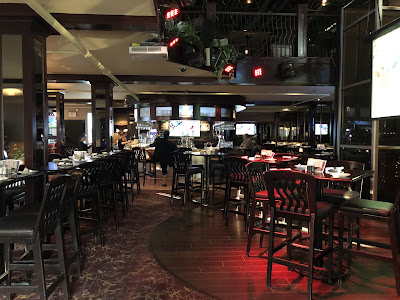 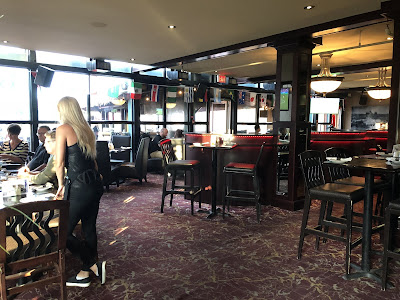 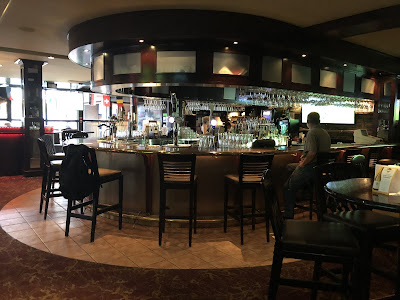 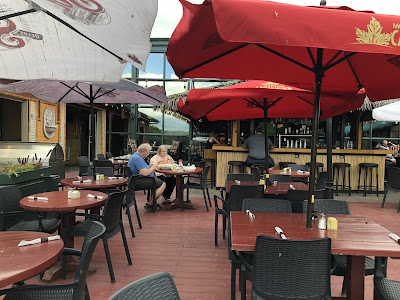 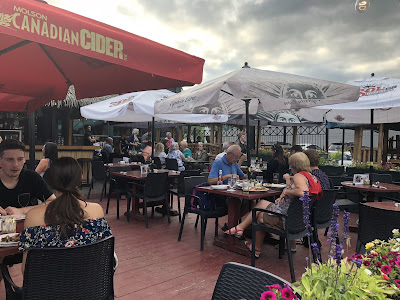 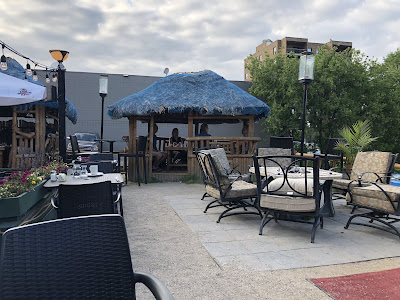 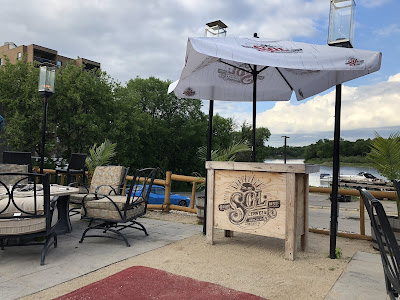 I ordered the Chicken Souvlaki Dinner with two chicken skewers and no salad or veggies.  My server asked me if I wanted extra rice and/or potatoes instead and I said "yes".  When it came, I don't think I got the extra rice or potatoes.  I thought $20 was a lot for what was on the plate.  The chicken and potatoes were good ... I wish there'd been more potatoes, though.  There were canned mushrooms in the rice, which I though was odd considering it was a Greek meal.  I'm not a fan of mushrooms but you'd think they'd put fresh mushrooms in it.  The bread had been sitting around for awhile.  It would have been nice if there's been tzatziki ... it's easy enough to make or buy. 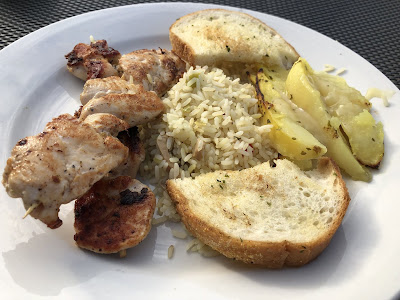 But it was nice to have supper outside on the patio.