Gord and I went to the East Coast Comedy Night 4 at the Social Capital Theatre (above the Black Swan Tavern on the Danforth) tonight. 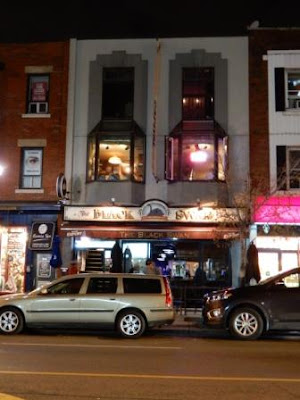 Our fourth big year! For one night only, we will pack as many comedians from all over The Maritimes and Newfoundland as we can into one show to salute the East Coast! There will be Screech! There will be beer! There will be an Acadian!

We went the last three years and it's been a hoot!  Tickets were just $15 ($10 in advance) and the comedians and musicians were from or had connections to the East Coast.  I'm originally from the "East Coast" (from Nova Scotia). 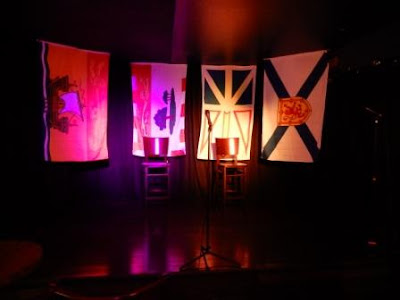 Marcel St. Pierre was the host again ... he was fun! 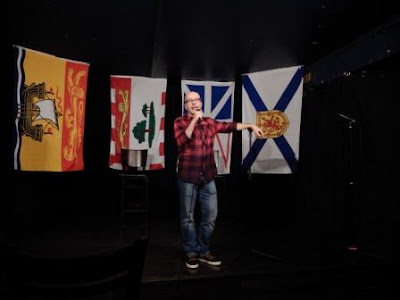 All the comedians on the tonight's line-up were funny.  Here they are ... 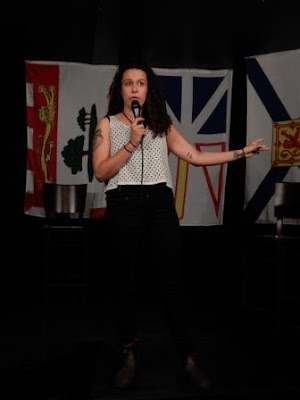 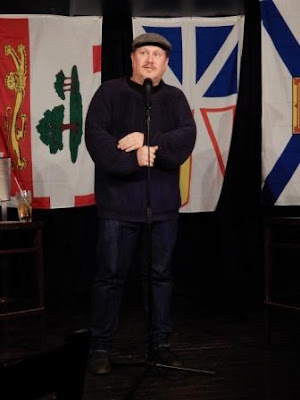 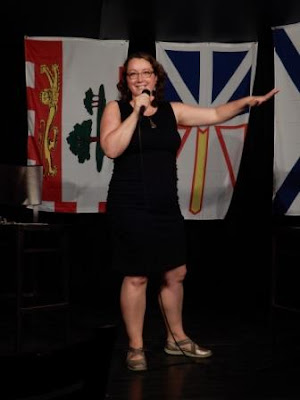 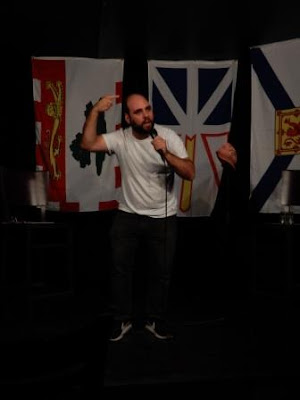 Marcel came back on before the intermission to let us know there were things for sale. 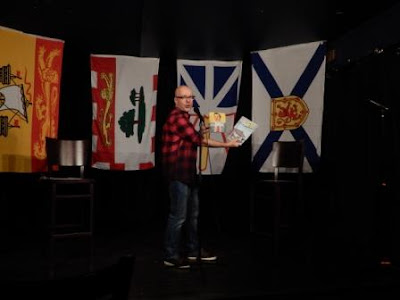 I jumped on the stage with the flags before the second half started. 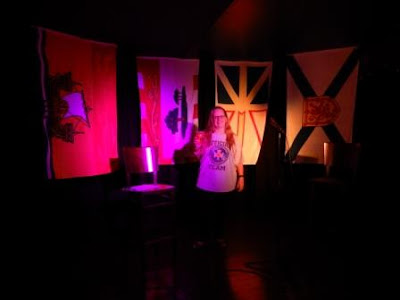 Marcel started the second half of the show. 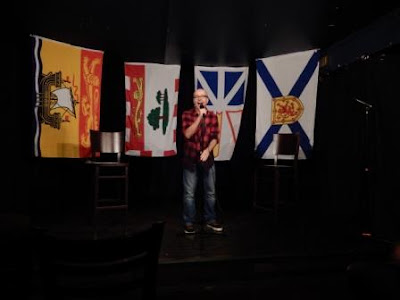 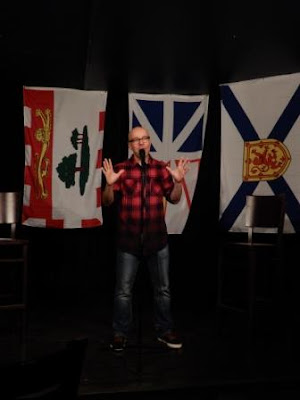 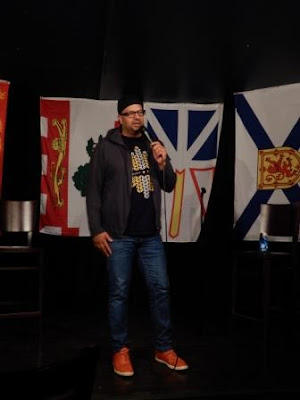 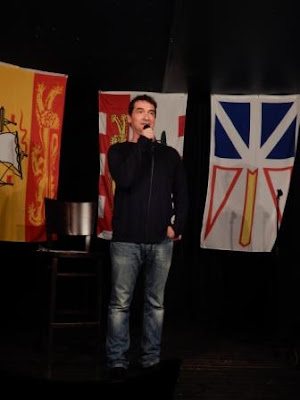 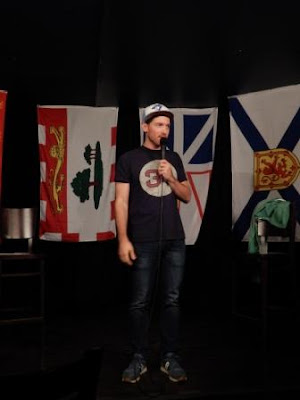 Marcel closed the show and thanked everyone for coming. 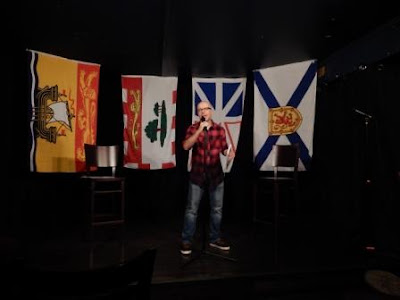 It was a fun fun night and I look forward to next year!
By Teena in Toronto at 10:00 pm
Email ThisBlogThis!Share to TwitterShare to FacebookShare to Pinterest