Victoria Row is one of the gems of Charlottetown. Not only is the area full of restaurants, cafes, shops and galleries but this cobblestoned street is lined by some of the most beautiful historic buildings in the city. Located on Richmond Street, between Queen and Great George Street, Victoria Row is closed to vehicle traffic during the summer months and transformed into a pedestrian mall. 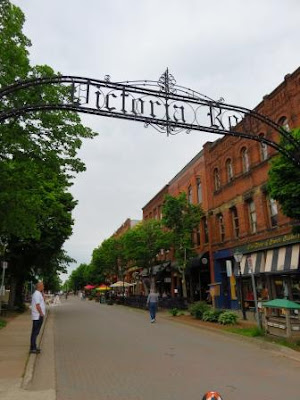 John George Hamilton Brown Jr. was the original visionary of Victoria Row but it was never his intention for it to be anything other than the Brown Block.

The British Warehouse was a dry goods store operated by John Brown Senior until it was destroyed in the fire of 1884. That tragedy quickly turned to an opportunity for John Brown Jr. – he wasted no time in buying up the property surrounding the burned out lot. Prominent local architects, Phillips and Chappell were hired to design the Italianate Commercial-style buildings. The three sections of Brown Block were not identical in their construction.

The design was also more decorative, being reminiscent of the Venetian arcades of the Renaissance period. The Brown Block remains one of the City’s well-preserved examples of this style. Despite various fires, including three that damaged the Brown Block in 1952, 1957 and 1971, the buildings have survived as a well-preserved assembly of Victorian buildings in the City. 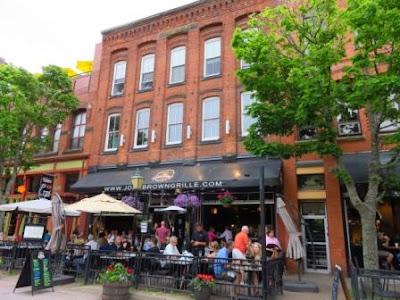 There was a jazz band playing across the street. 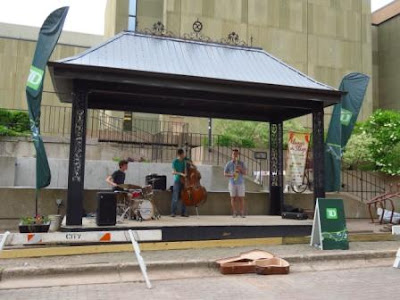 It looked like it might rain so I sat inside rather than on the patio (it ended up not raining). 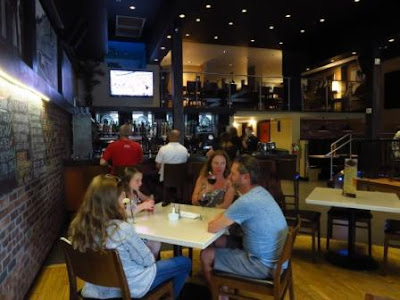 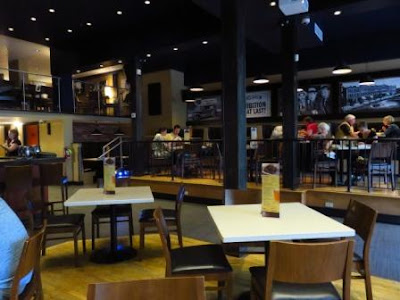 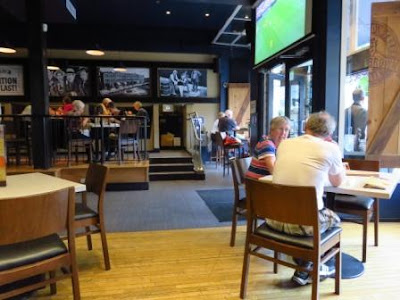 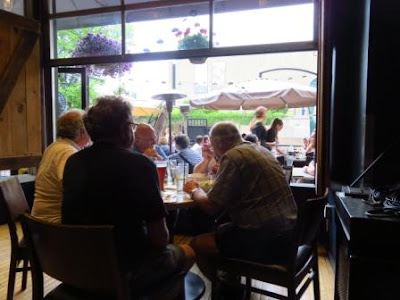 Catherine, my server, brought my some nibblies. 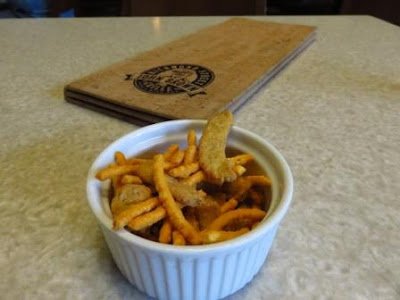 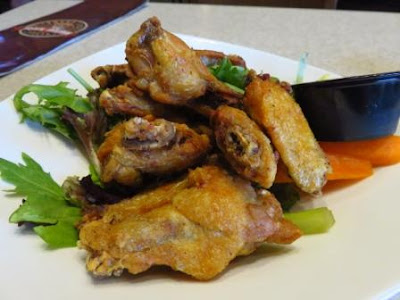 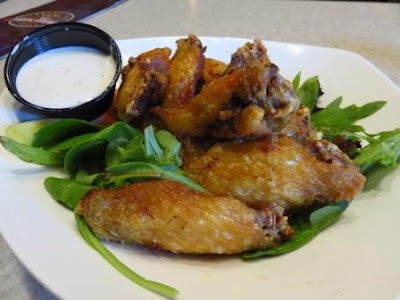 Catherine was friendly and took good care of me.  I noticed that the servers were professional and kept checking on everyone.