I had lunch today at Cousin's Restaurant (on Robie Street). 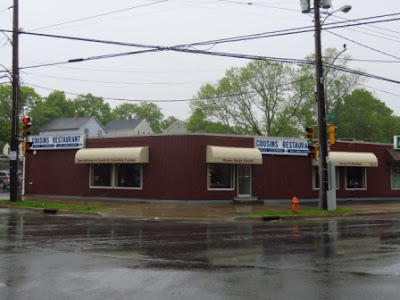 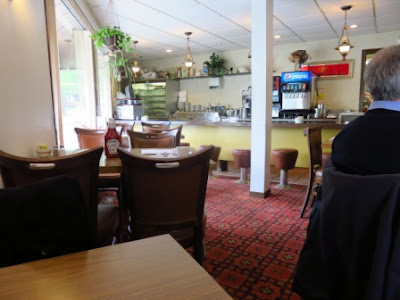 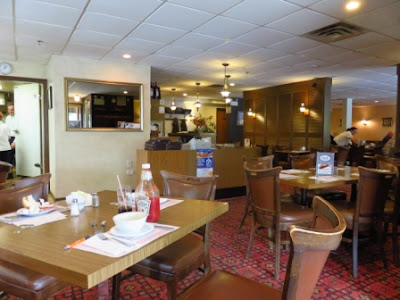 I'd read that it had good Greek food so I ordered Chicken Souvlaki (I swapped the Greek salad for potatoes and ended up with mashed potatoes).  Though it was just okay, I'd say it's more "Greek-inspired" rather than "Greek" food.  There was no Greek potatoes or tzatziki.  And Greeks don't put canned mushrooms or green peppers in their rice. 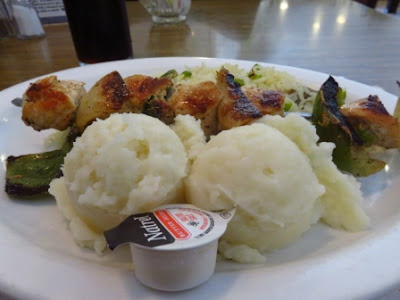 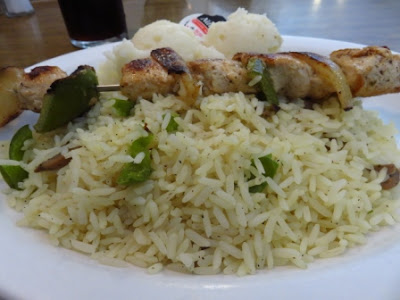 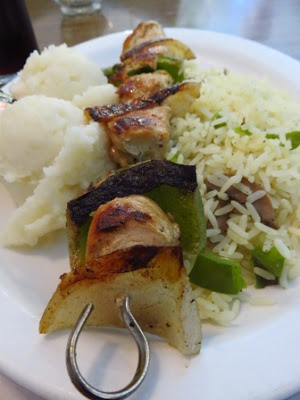 I ordered a piece of coconut cream pie for dessert.  It was rather bland ... the only coconut I tasted was the toasted coconut on top. 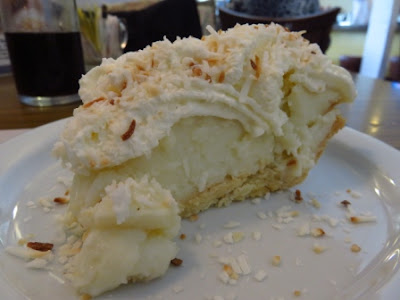 My server was Janet.  She was friendly and fit in well with the old-school diner look.

By Teena in Toronto at 1:00 pm
Email ThisBlogThis!Share to TwitterShare to FacebookShare to Pinterest
Label(s): Cousin’s Restaurant Halifax NS