I was heading to Charlottetown this afternoon and my Toronto to Halifax flight got delayed ... which meant that I missed my Halifax to Charlottetown flight.  I was put on the next flight and had a 2.5 hour wait in the Halifax airport.

While I was waiting, I had a late lunch at Beaches Bar and Café in the airport. 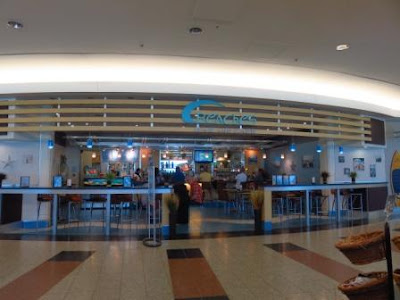 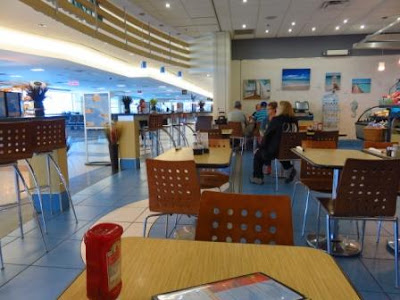 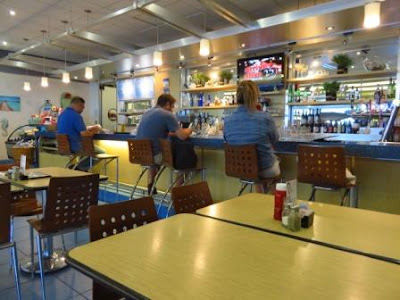 There's not a lot of choice on the menu and I ordered a Diet Coke and wings with BBQ sauce.  The wings were okay ... just deep fried with some BBQ sauce for dipping. 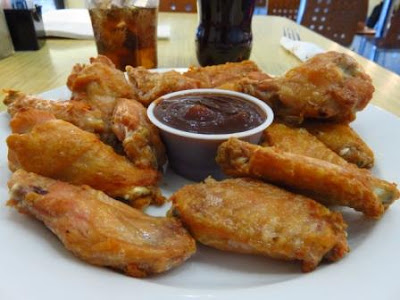 What was interesting was watching what was going on at the bar.  There was a fella who was catching a flight to Toronto.  It was obvious he had had a few drinks as he was loud and talkative.  He asked the bartender (who was also my server) for four shots of straight rum and I thought he was going to share them with the others at the bar who he'd been talking with.  No!  He pretended to shoot them (on the advice of the bartender in case there were cameras) but actually poured them in a small Booster Juice cup.  Then he paid his bill and left with his "to-go" cup of rum.  He came back a few minutes later because his flight was delayed.  The server put his cup in the fridge to keep it cold and gave him a beer.  I was surprised the bartender would do this because it could/should cost her her job.

By Teena in Toronto at 2:30 pm
Email ThisBlogThis!Share to TwitterShare to FacebookShare to Pinterest
Label(s): Beaches Bar and Café Enfield NS