It's Canada Day and what better way to celebrate than spending it at a Toronto Blue Jays game? 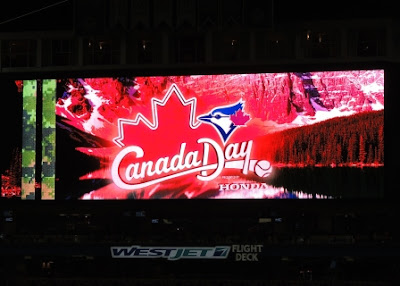 The Boston Red Sox were in town. 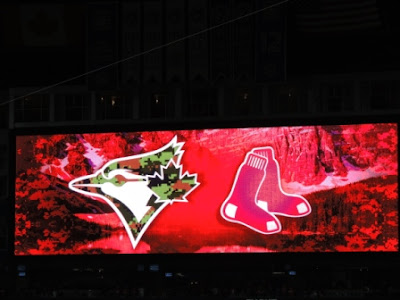 Gord and I bought our tickets for it months ago ... it's a good thing because the game was sold out.

Outside the Rogers Centre, there was a dixieland band playing and a woman walking around on stilts (or really long legs!). 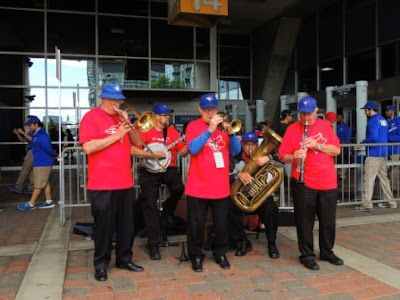 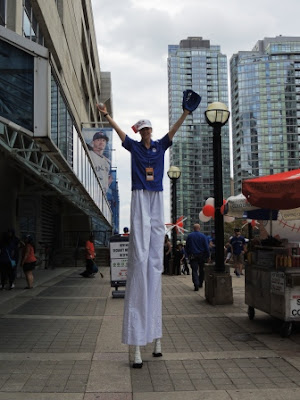 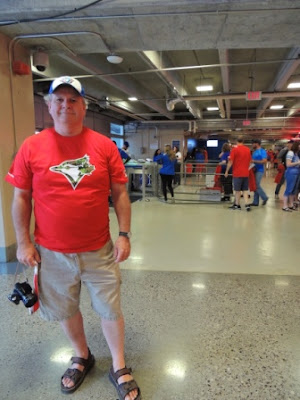 Ace worked the crowd before the game. 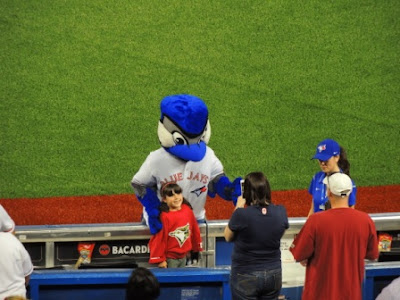 Don Cherry threw out the first pitch ... here he is beforehand. 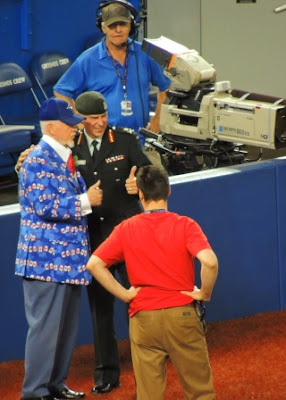 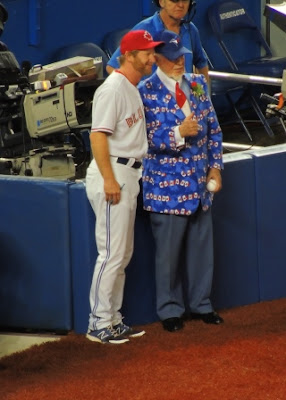 Hundreds of members of Canada's armed forces were part of the opening ceremony. 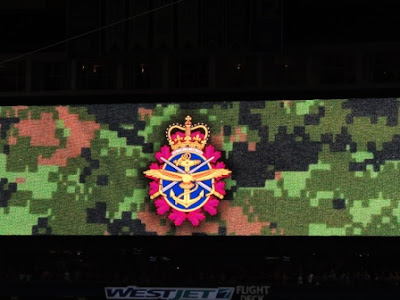 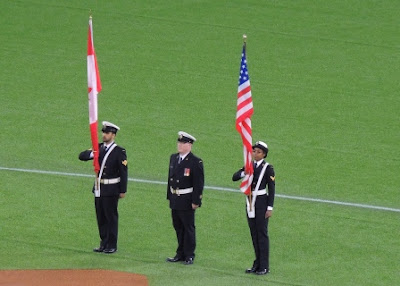 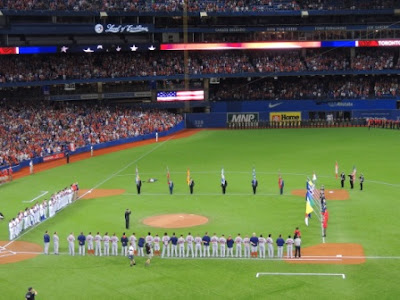 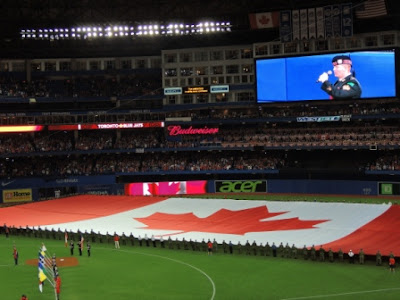 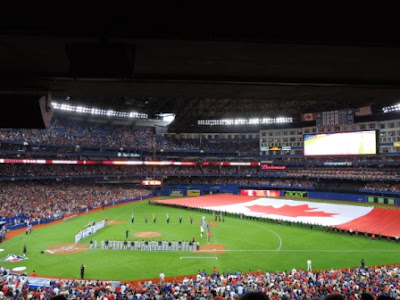 Up to this point, the dome had been closed and it was really really stuffy.  As the armed forces left the field, the roof started opening.  Yay! 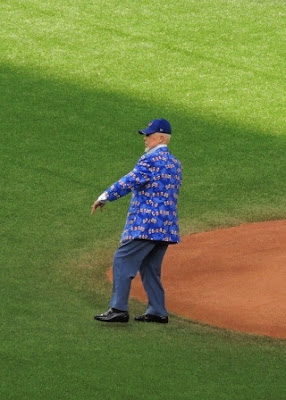 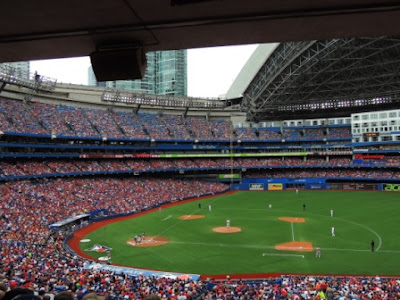 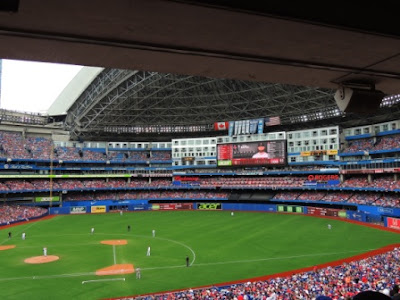 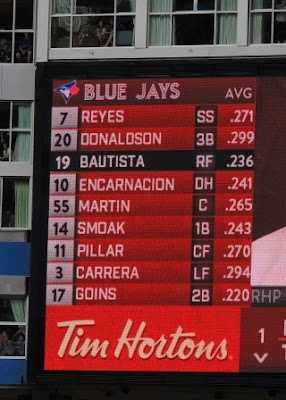 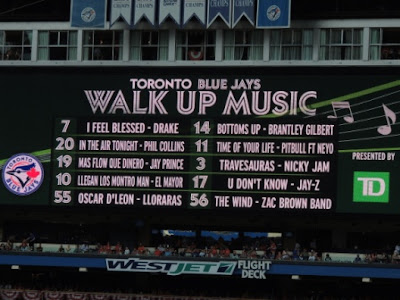 The crowd was a sea of red, white and blue. 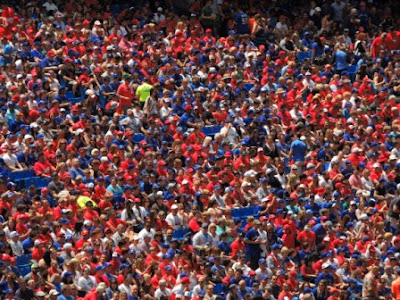 The Jays were wearing red and white for Canada Day.  Even the Red Sox celebrated by wearing a Canadian flag on their right sleeve. 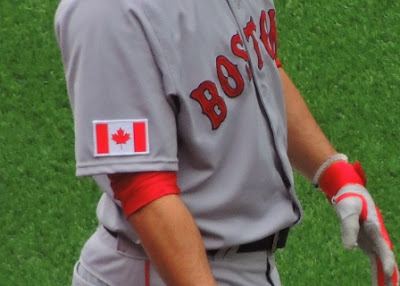 In the sixth inning, Ace and Junior helped the grounds crew clean up the bases. 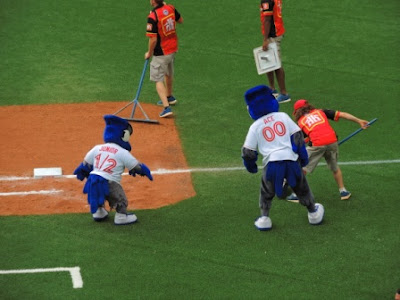 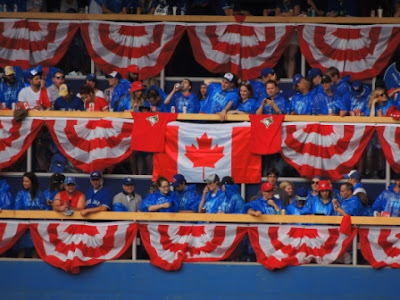 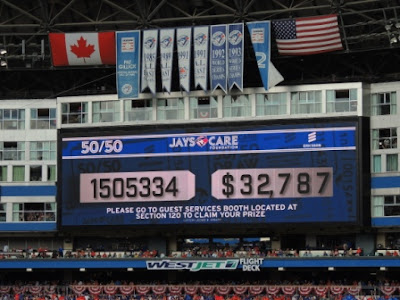 Alas, we weren't even close. 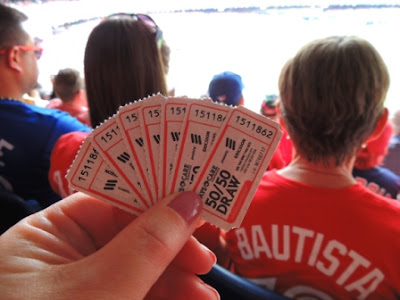 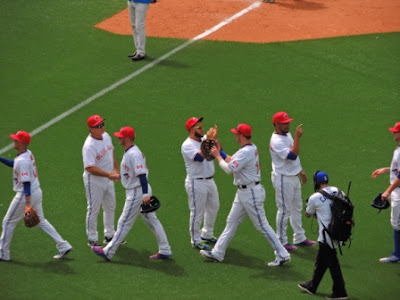 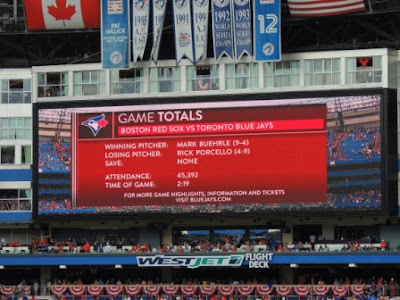 Here are Gord and I after the game. 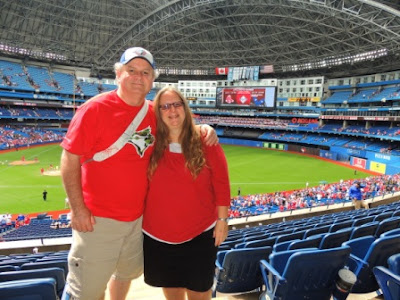 What a fun way to celebrate Canada Day!
By Teena in Toronto at 4:00 pm
Email ThisBlogThis!Share to TwitterShare to FacebookShare to Pinterest
Label(s): Toronto Blue Jays