Gord and I walked to Centennial Fountain this morning.

Nicholas J Melas Centennial Fountain is located on the north bank of the Chicago River at McClurg Court in Near North Side, Chicago.  It was dedicated in 1989, to celebrate the 100th anniversary of the Metropolitan Water Reclamation District of Greater Chicago, perhaps best known for its major achievement in reversing the flow of the Chicago River in 1900; and in 1999, this system was named a "Civil Engineering Monument of the Millennium" by the American Society of Civil Engineers (ASCE).

The fountain is designed by Lohan Associates, architects. Every hour, on the hour, the fountain shoots a massive water arc across the river from a modernist tiered waterfall for 10 minutes.

The fountain was named after Nicholas J. Melas who was elected in 1962 to the Board of Commissioners of the Metropolitan Water Reclamation District of Greater Chicago. Melas was re-elected 5 times, serving for 30 years; the last 18 as President of the Board. 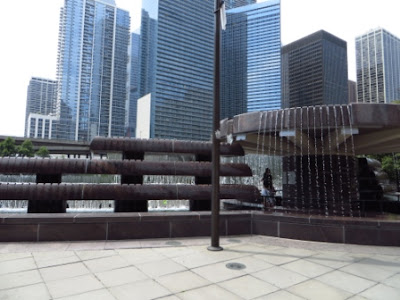 We walked around to the river side of it. 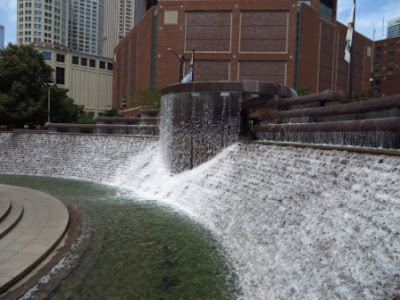 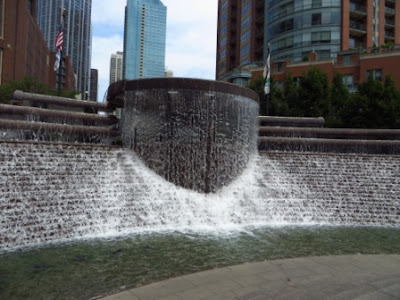 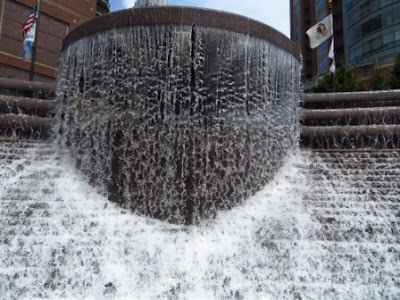 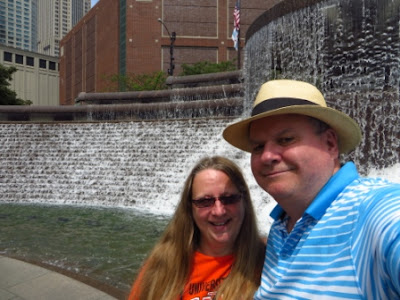 It's a very nice fountain and worth checking out!
By Teena in Toronto at 11:30 am
Email ThisBlogThis!Share to TwitterShare to FacebookShare to Pinterest
Label(s): Chicago - 2015

From Sherwood Park to Chicago...now that's a big change of scenery!! :P I missed yesterday's posts so I'm catching up. Anyhow looks like you're have an awesome time with your husband. Have a good vacation and happy belated birthday & anniversary! :)
Oh and your pictures of the Windy City are beautiful!