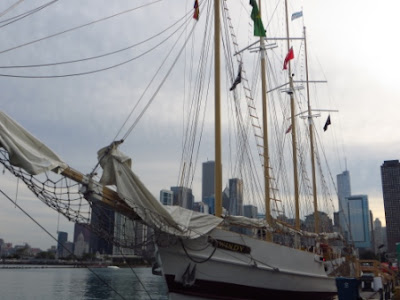 The Tall Ship Windy, sailing from Navy Pier in Chicago, is a 148 foot traditional four masted gaff topsail schooner. She offers fireworks cruises, pirate cruises, and a variety of other public and private cruises in Chicago. She is built of modern materials, however, like old trading schooners and sail training ships, the Windy has all the character and charm of the great Age of Sail.

Windy was built by Detyens Shipyard, Inc. of Charleston SC. A custom design, she was conceived by Captain Robert Marthai “Captain Bob”, longtime sailor and traveler, also became a maritime adventurer, maritime historian, designer and shipbuilder. Windy was welcomed as the biggest and newest schooner to the Lake Michigan Fleet in July 1996. Windy reveals its designer’s love of Traditional Sailing Ship, yet integrates modern amenities and safety items such as pressurized plumbing, bow thrusters for docking, and a 300 hp Cummins diesel engine.

We sat in the front (the bow). 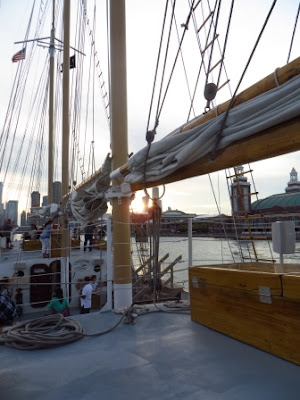 You could help raise the sails. 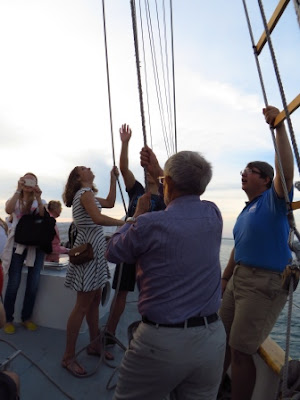 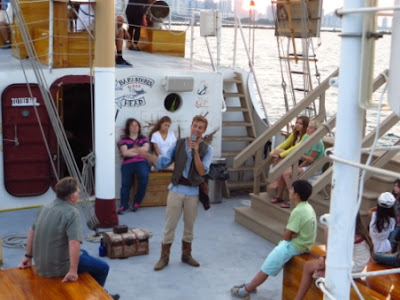 The views were great and the sunset was fabulous. 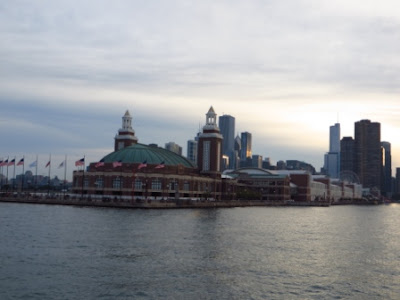 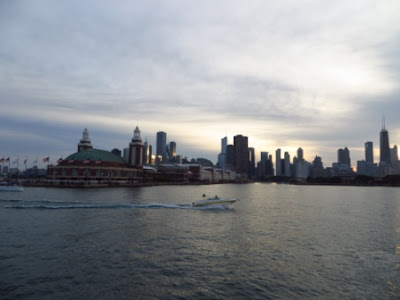 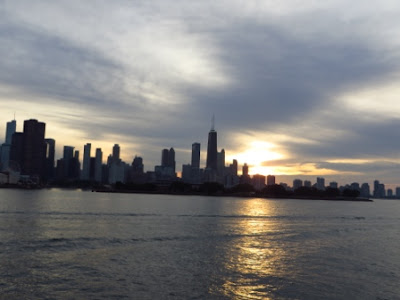 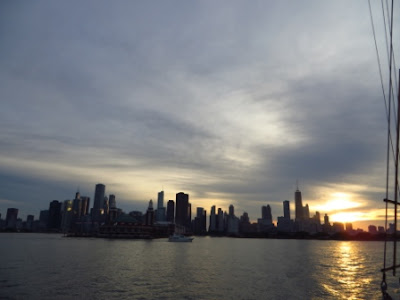 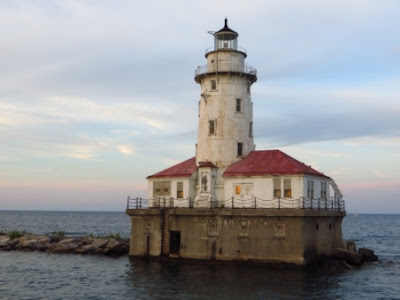 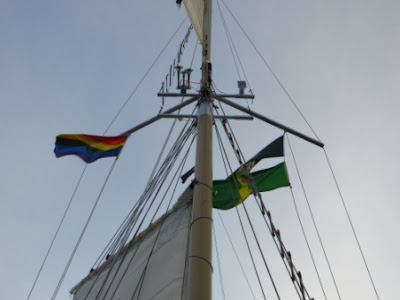 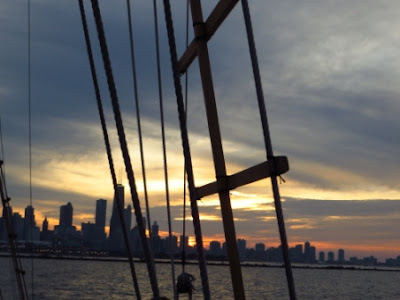 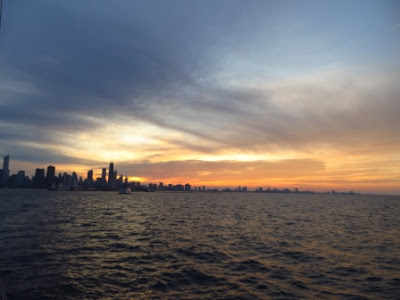 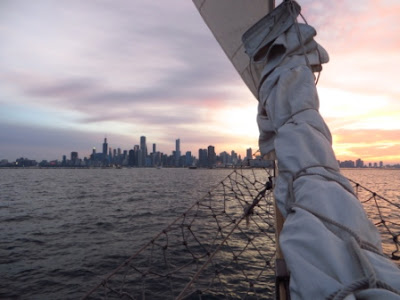 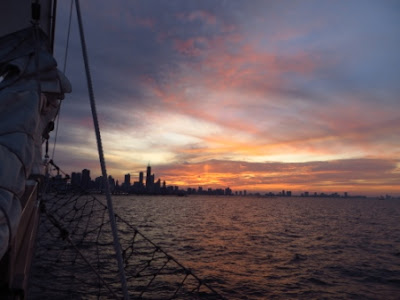 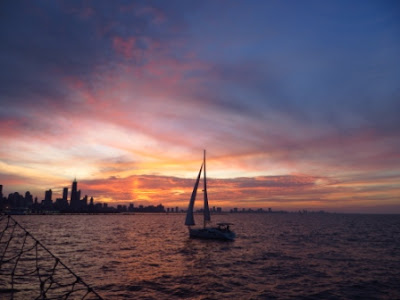 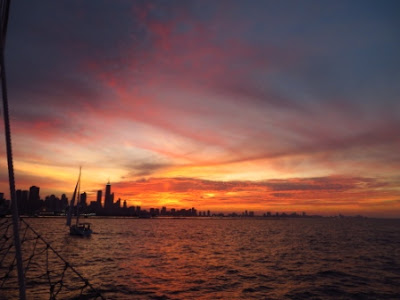 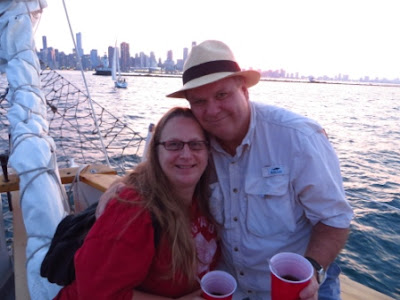 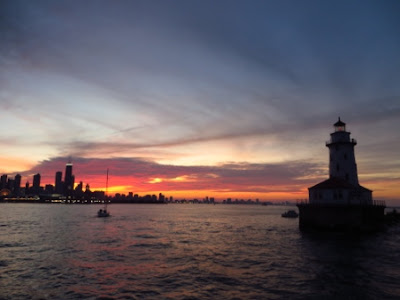 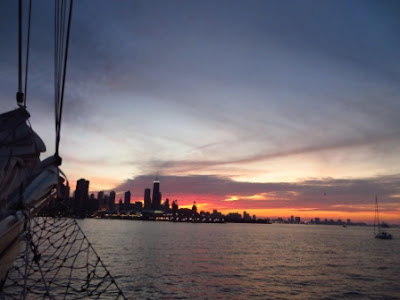 Gord and I love going on boat cruises and this one had the added bonus of the sunset.
By Teena in Toronto at 9:00 pm
Email ThisBlogThis!Share to TwitterShare to FacebookShare to Pinterest
Label(s): Chicago - 2015