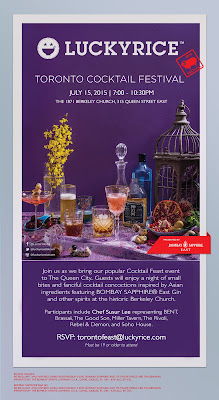 I was invited to LUCKYRICE's inaugural Toronto Cocktail Feast this evening and Gord and I attended.

LUCKYRICE Festival, a New York-based Asian cocktail and culinary festival, is adding its first Canadian stop ever to its 2015 lineup. Presented by Bombay Sapphire East Gin,

It was held at Berkeley Church at Queen E/Sherbourne.  Though the doors were supposed to open at 7pm, we didn't get in 'til 7:30pm (even though we had VIP tickets). 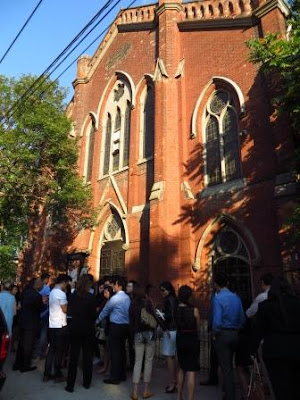 There were a lot of people once everyone got in and there was a good vibe. 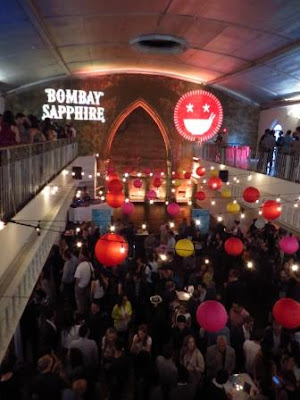 Here are Gord and I with Chef Susur Lee. 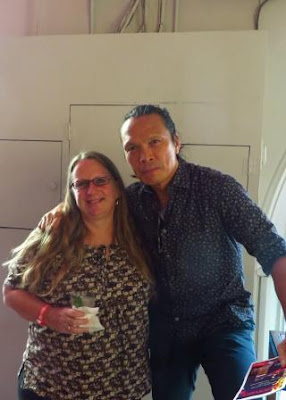 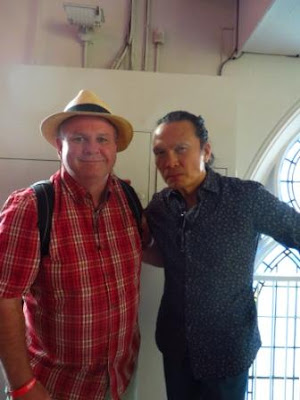 There were servers going around with food ... alas, the plates were empty by the time they got to me so I didn't get to try anything.


There were specialty drinks being made at the drink stations and I tried a couple.  The lines, though, to get a drink were really really long ... it was about a 30 minute wait for my second one.  There should have been more stations considering the amount of people in attendance and/or more bartenders. 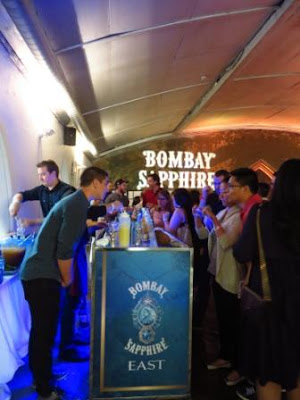 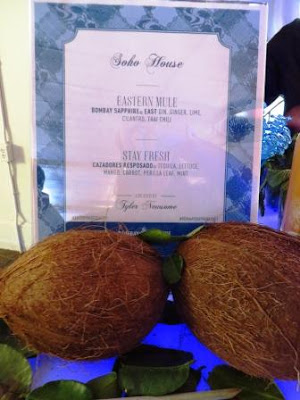 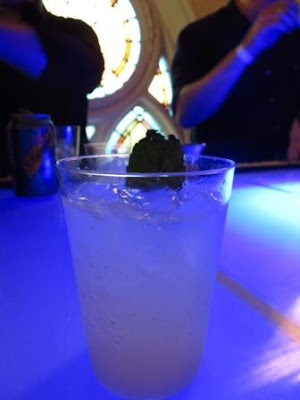 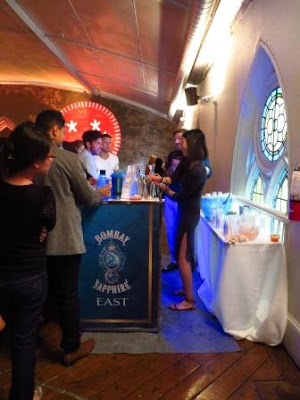 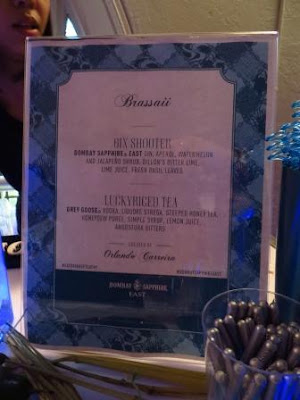 There was a DJ. 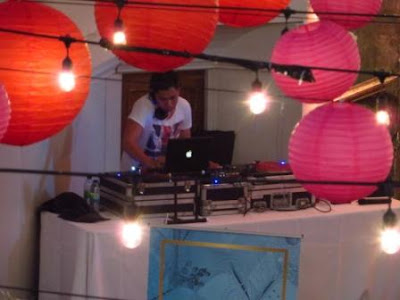 Given the long lines to get a drink, we left about 8:30ish (others were leaving too).  It would have been more fun had it been better organized.
By Teena in Toronto at 8:30 pm
Email ThisBlogThis!Share to TwitterShare to FacebookShare to Pinterest