It was a bright sunny day today and Gord and I took the metro (subway) to the Montréal Tower this morning.

At 165 metres, the Montréal Tower is the tallest inclined tower in the world! Its 45-degree angle is awe-inspiring, especially when you consider that the Leaning Tower of Pisa’s tilt is only 5 degrees!

From its summit, visitors can admire the entire Greater Montreal region and up to 80 kilometres of the St. Lawrence River valley. A breathtaking panorama, it has been awarded a three-star rating - the highest available - by the renowned Michelin Guide!

A common question from visitors is how can a structure with an incline as dramatic as the Montreal Tower stand?

The answer to this riddle lies in mass ratio: the top of the tower has a mass of 8,000 tonnes which is permanently attached to the infrastructure and the solid concrete base buried ten metres below ground level. This base has a mass of 145,000 tonnes, or the equivalent of three aircraft carriers!

Visitors can reach the top of the Montréal Tower on a mesmerizing climb in a glass-encased funicular that holds up to 76 passengers.

The funicular is the only one in the world that operates on a curved structure. It has a hydraulic system that allows the cabin to remain horizontal during the two-minute ride to the top. 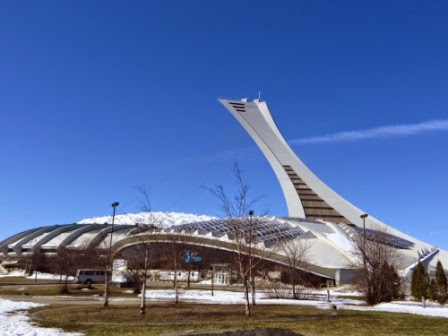 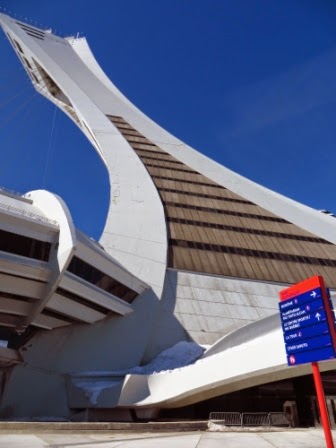 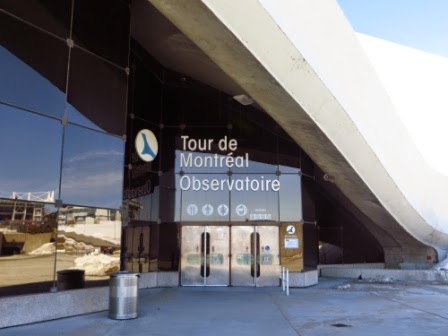 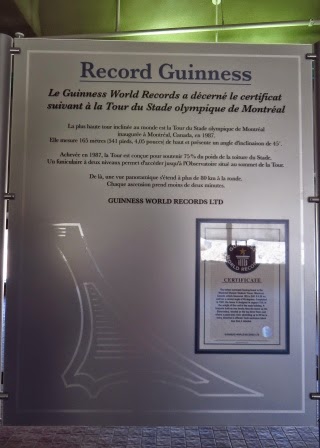 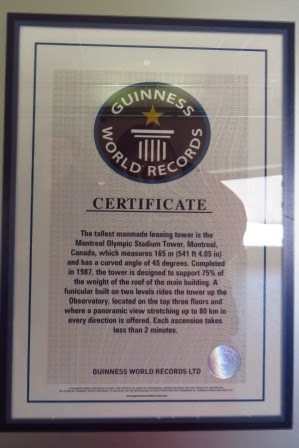 Time to get on the funicular that will take us to the top! 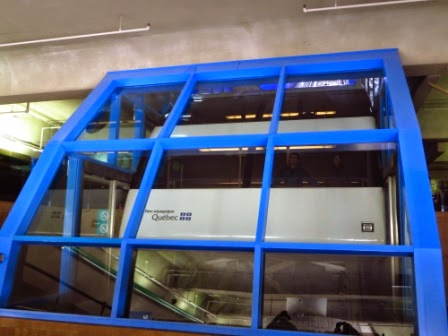 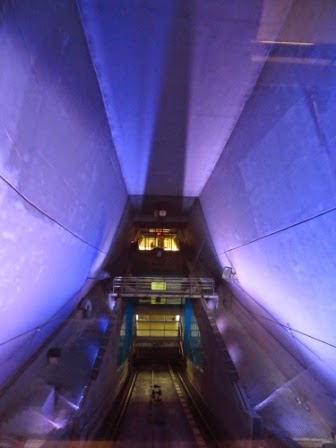 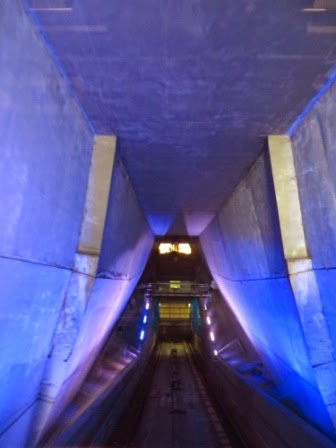 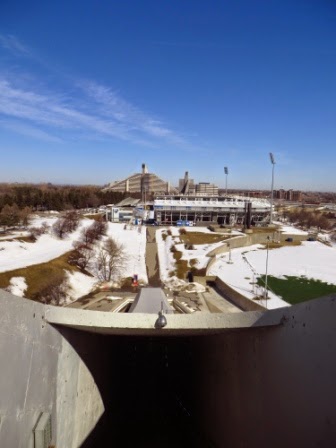 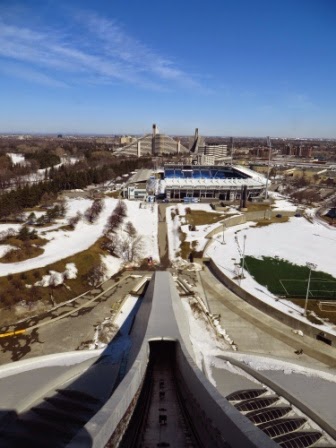 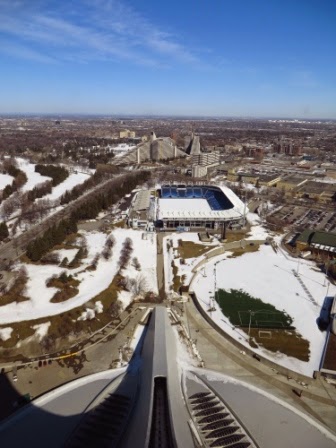 The views were great!  It's too bad they don't have an outdoor observation deck, though. 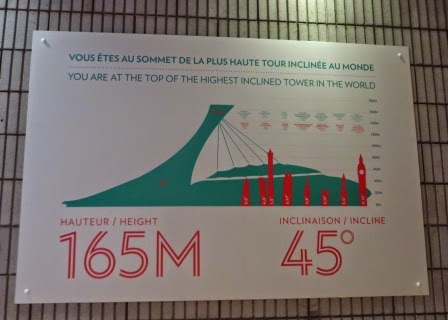 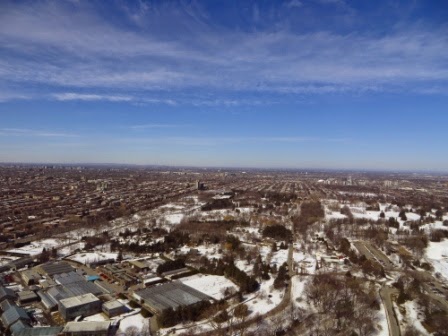 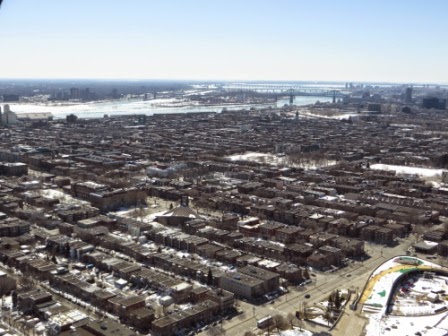 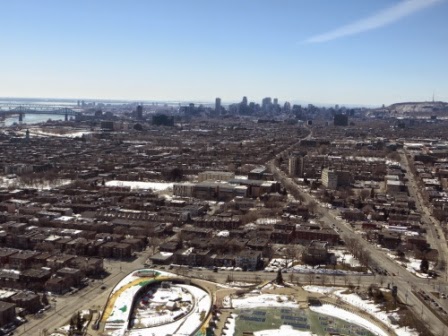 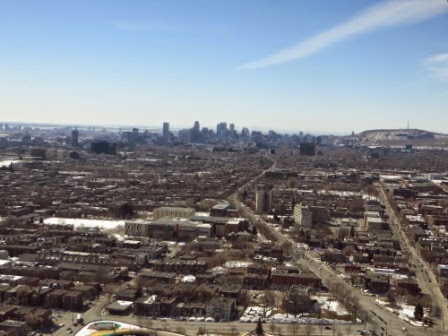 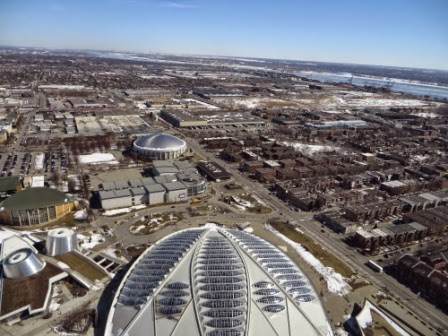 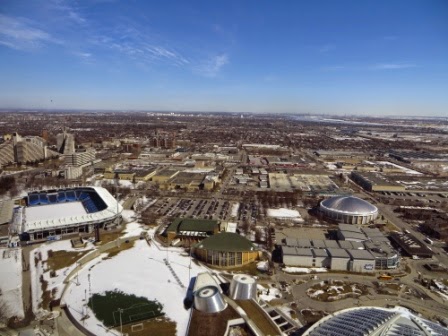 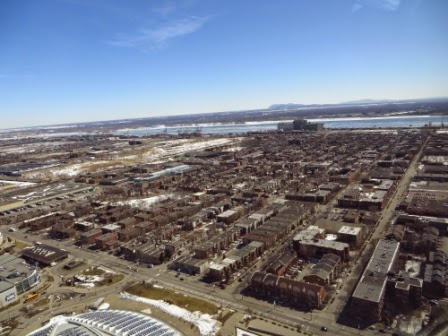 There was a booth where you could have your touristy picture taken and then email it to yourself. Of course, Gord and I did . 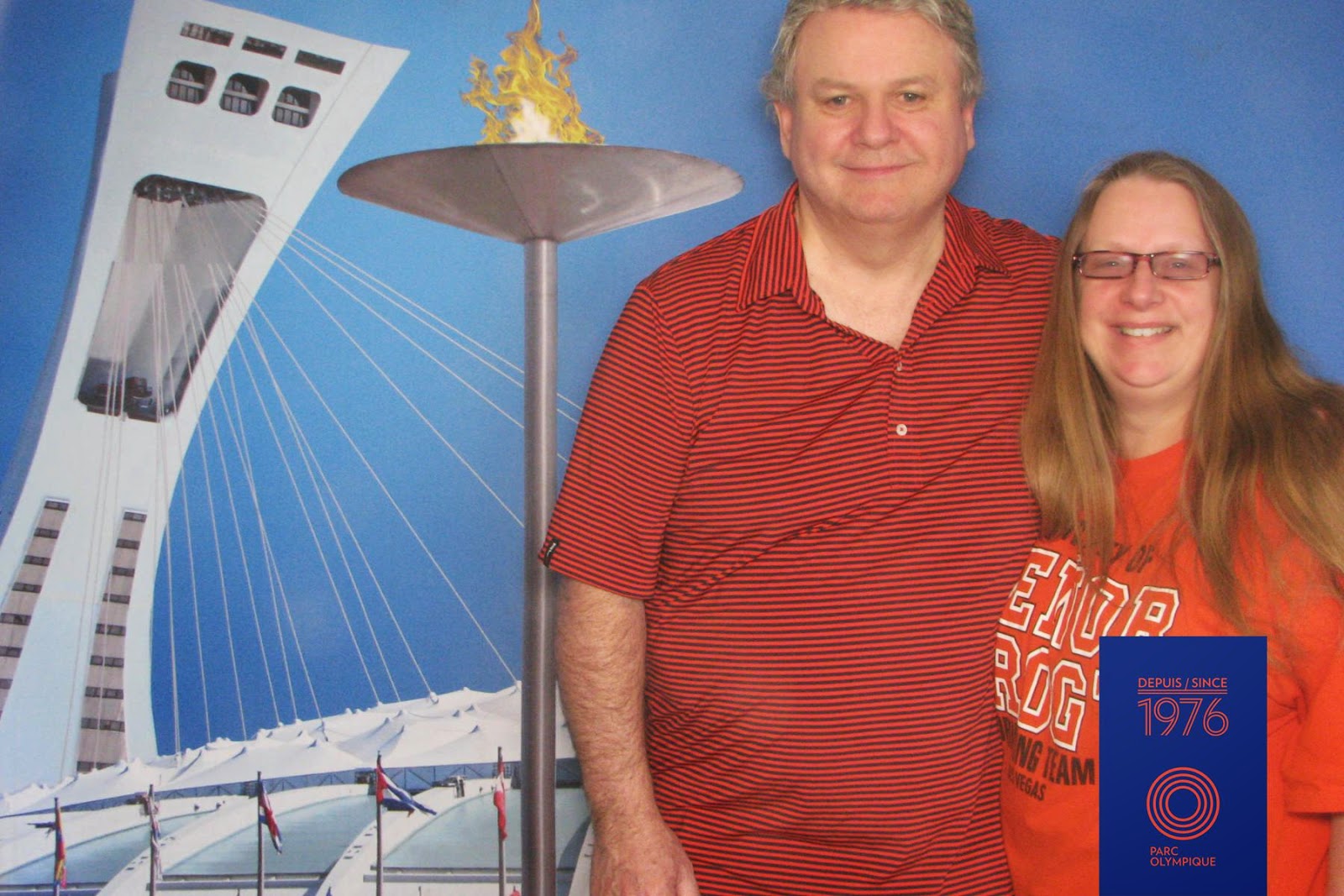 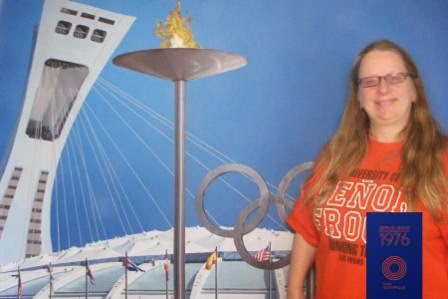 There were models of the tower and Olympic Stadium. 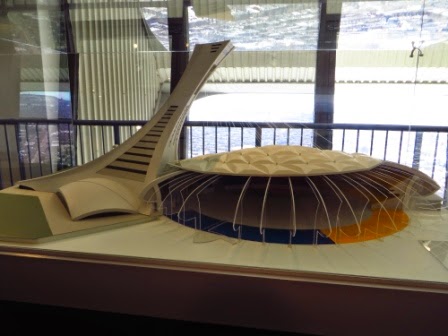 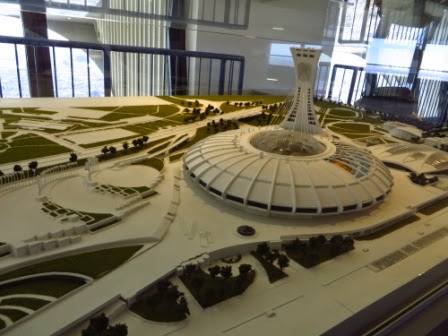 Here are Gord and I in the tower. 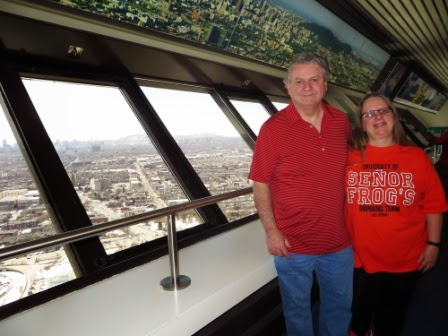 It was definitely worth the trip as the views were spectacular!
By Teena in Toronto at 12:30 pm
Email ThisBlogThis!Share to TwitterShare to FacebookShare to Pinterest
Label(s): Montreal 2015

I've been there! I love Montreal.