Gord and I saw the play My Dinner with Casey Donovan.

We had supper beforehand nearby the theatre at the Ace & Alehouse (Queen W/Bathurst).  Until a few months ago, it was a seedy bar called Michael's. 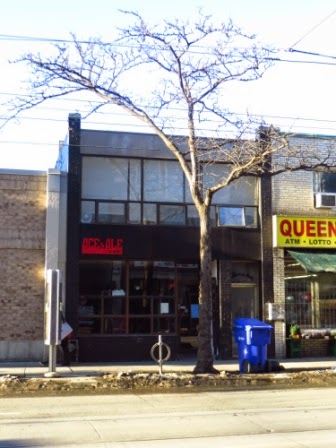 We'd only been in Michael's once ... they've cleaned it up a lot.  When you walk it, it seems more like a pub, especially with its name. 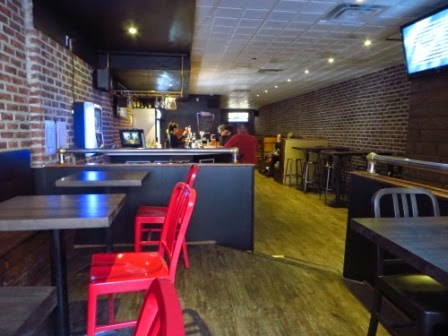 They serve just four drafts on tap so it's a bit of an overstatement of them to call themselves a "taphouse".

Surprisingly the menu is Hungarian food.  Gord ordered the Chicken Parprikash.  Neither of us had had it before.  I tried some and it was good ... Gord liked it too.  There was a nice bit to the sauce on the chicken.  The dumplings could have been hotter, though. 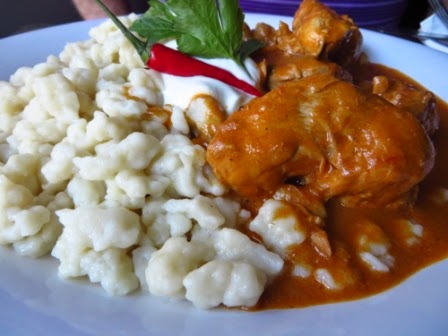 I'd had a big lunch so wasn't too hungry so ordered medium wings.  They were good but I'd get hot next time.  The sauce was nice but there was no kick.  There was supposed to be dill dip (I like dill dip) but they have replaced it with julienne cucumbers.  I don't like cucumbers so Gord ate some of them. 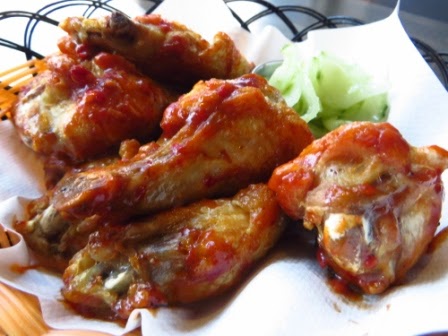 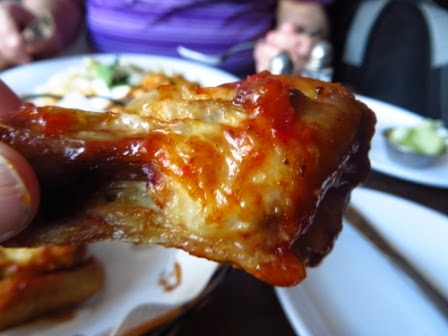 I'll go back with a bigger appetite next time and will order the Chicken Parprikash.

Elaine was our server.  She was friendly and took good care of us.

By Teena in Toronto at 7:00 pm
Email ThisBlogThis!Share to TwitterShare to FacebookShare to Pinterest
Label(s): Ace & Ale Taphouse Toronto ON