Gord and I climbed to the top of Mount Royal this afternoon.

The jewel of Montreal’s city parks is, without question, Mount Royal. This 200-hectare park occupies part of the mountain that lies in the midst of Montreal island, and includes the highest spot in the city (234m). In the 1860s, mass cutting of trees on the mountain for firewood outraged the populace and led to the area’s designation as a park in 1876. It was originally landscaped by Frederick Law Olmsted, perhaps best known for New York City’s Central Park, although not all his proposed plans for Mount Royal were eventually carried out.

The lookout facing over downtown towards the river was first built in 1906 and is now officially known as the Belvédère Kondiaronk, named for the Huron chief who signed a major peace accord with the French regime in 1701.

Mount Royal is where Montrealers go to get a breath of air on a hot day, to cross-country ski without leaving the city, to walk off a hangover or a bad mood, to picnic, to jog, to ice skate, to look out over the city, rest their eyes on the horizon and dream. 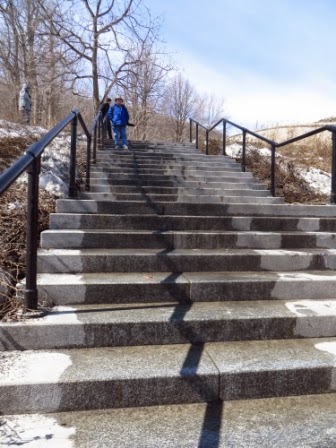 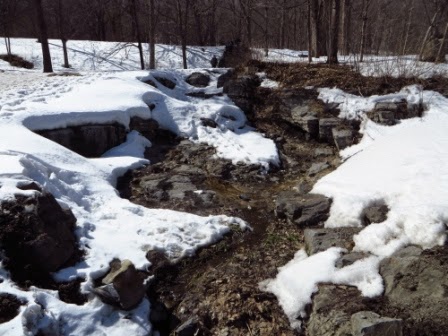 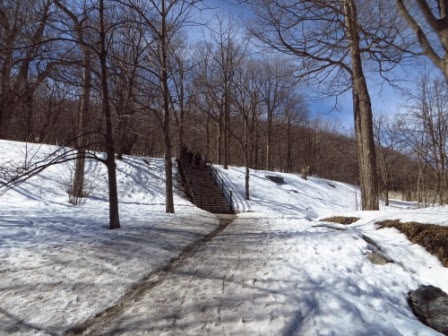 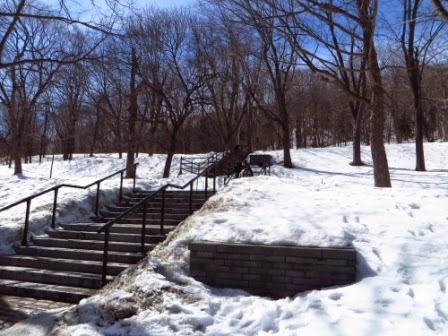 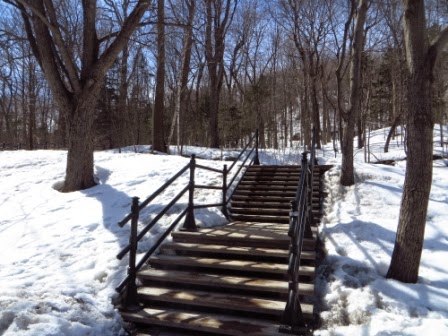 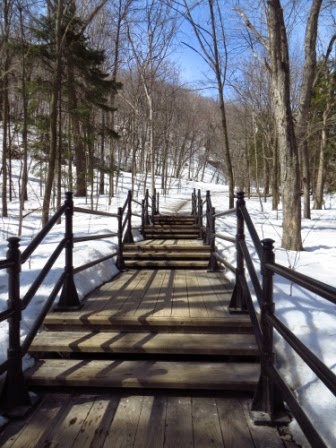 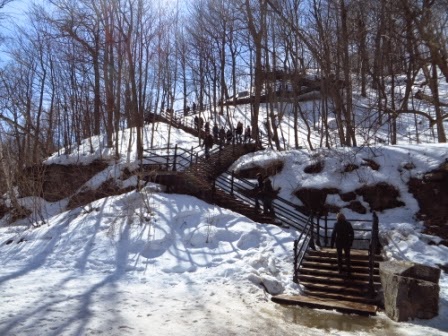 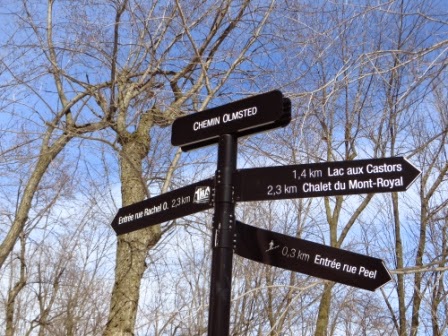 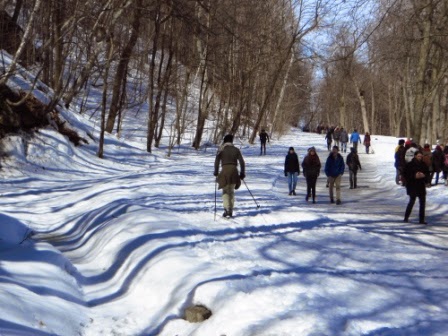 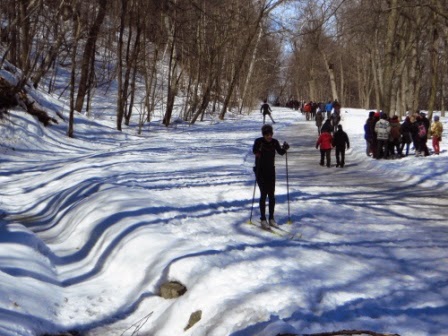 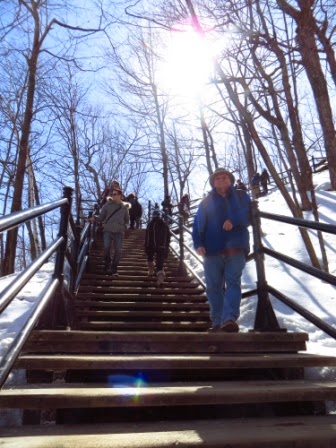 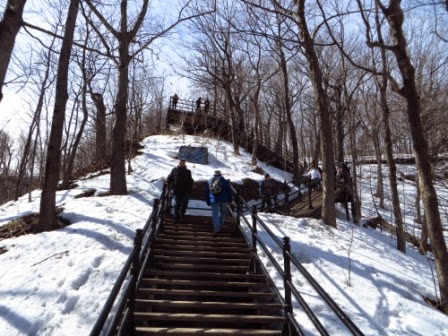 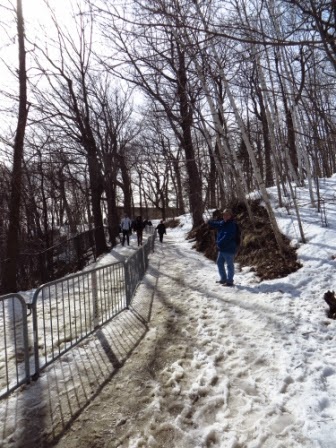 And we made it!  It's not an easy climb but it's worth it for the views. 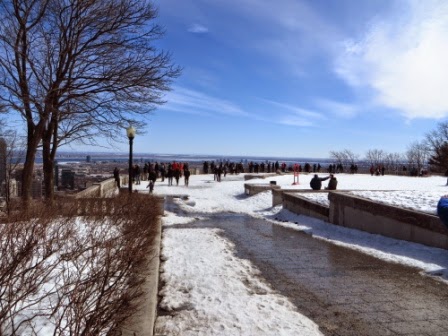 The views were great! 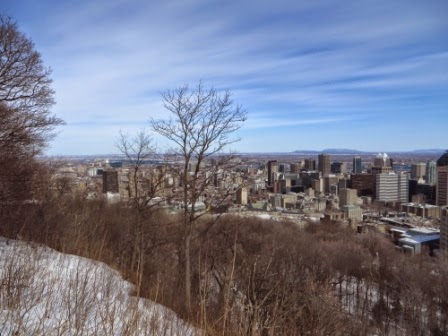 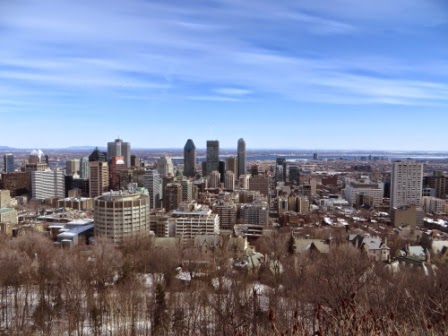 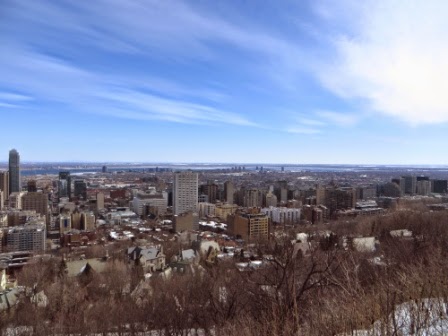 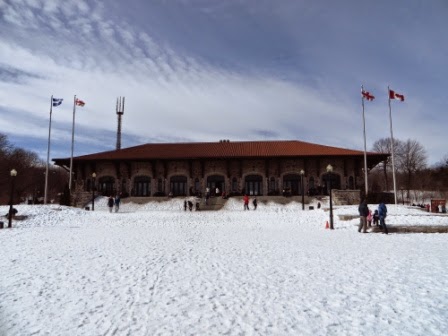 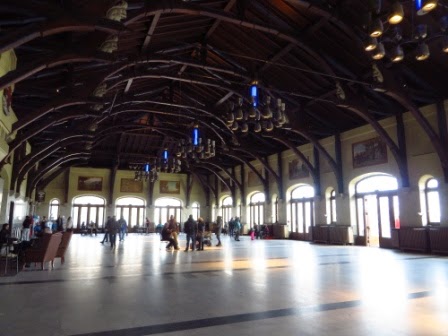 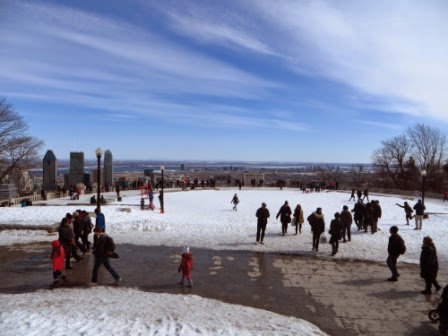 We headed back down again and saw a woodpecker just before we reached the end of the stairs. 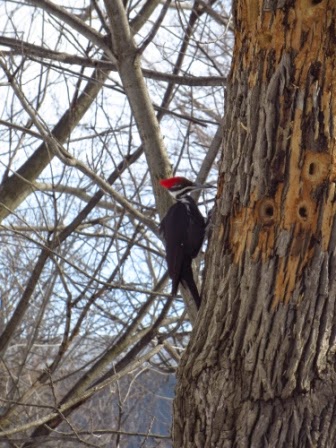 By Teena in Toronto at 3:00 pm
Email ThisBlogThis!Share to TwitterShare to FacebookShare to Pinterest
Label(s): Montreal 2015