After the Blue Jays game, Gord and I met up with Malcolm and Mary (they were also at the game but in a different section) and we had supper at Tortilla Flats on Queen Street W. 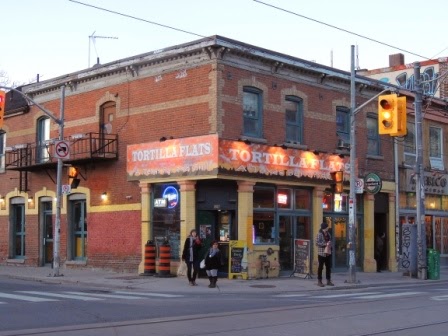 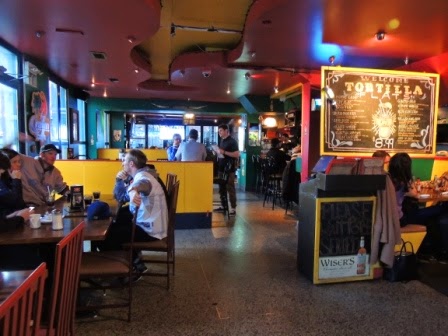 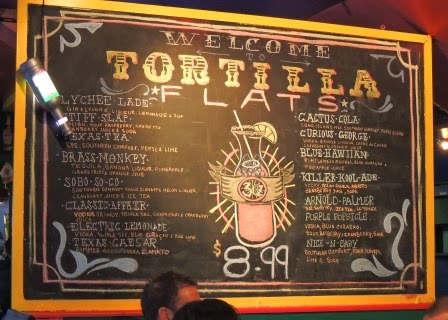 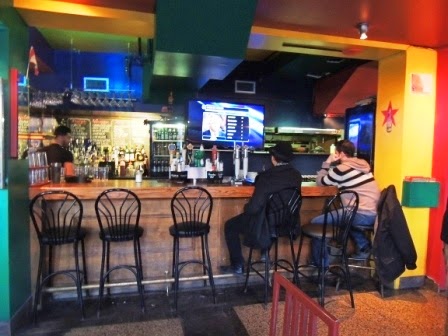 Gord started with a Black Bean Soup.  He liked the soup and the accompanying tortilla chips but wasn't crazy about the "bowl" ... I thought the bowl was tasty. 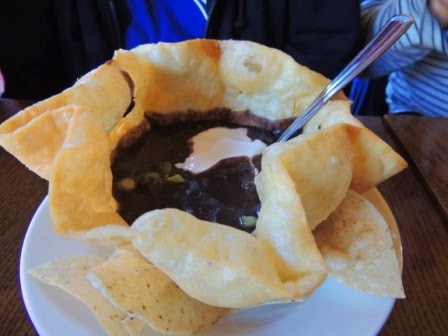 He also had a Chicken Chimichanga.  He wasn't too crazy about it. 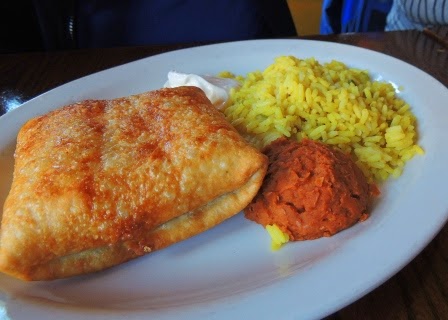 I ordered a Chicken Burrito (without lettuce and onions).  I thought the burrito and the rice were okay ... the refried beans weren't good (they tasted like vinegar). 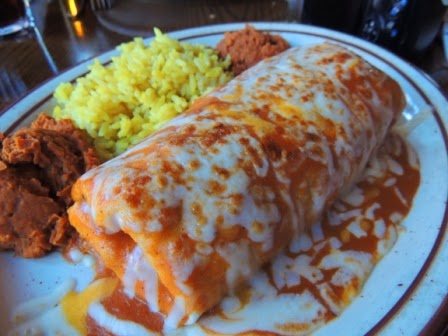 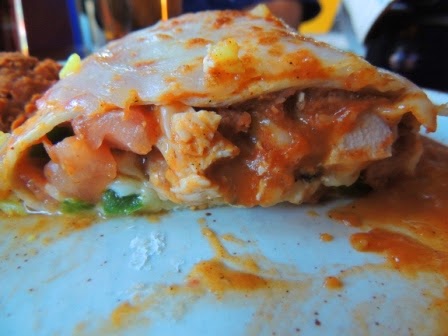 Mary ordered Chicken Enchiladas ... she said they were okay, not great. 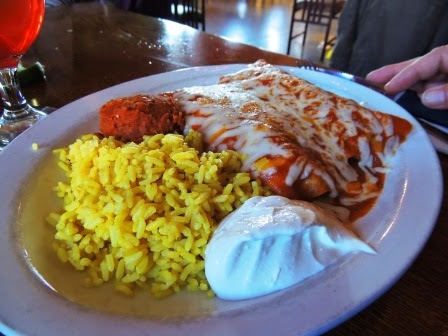 Malcolm ordered ribs and fries ... he said they were okay, not great. 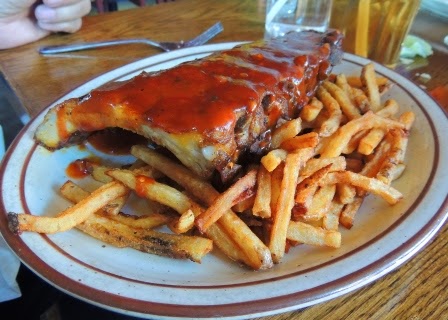 Mary and Malcolm split Deep-fried Ice Cream ... they said it was okay. 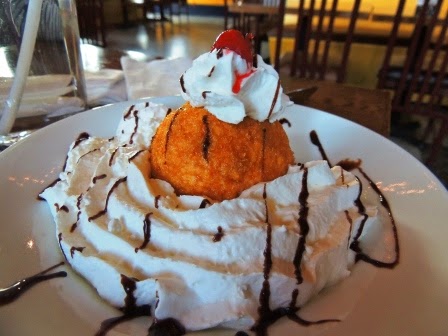 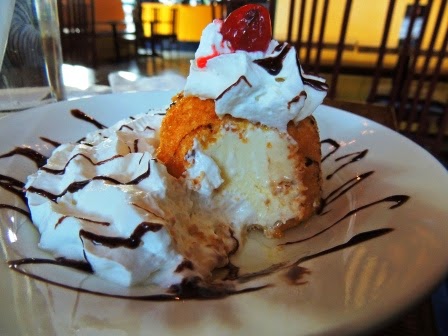 Ryan was our server and he was extremely friendly and helpful.

By Teena in Toronto at 7:30 pm
Email ThisBlogThis!Share to TwitterShare to FacebookShare to Pinterest
Label(s): Tortilla Flats Toronto ON

Man, when I saw the title of this post, I got SUPER excited to try this place. Not anymore after reading your review on it :(

Chimichangas are my FAVORITE. I usually get them with ground beef, though. Bummer he didn't really like it.

I got the feeling that the chimichanga were bought frozen and not made in house. It had that look and taste about it.