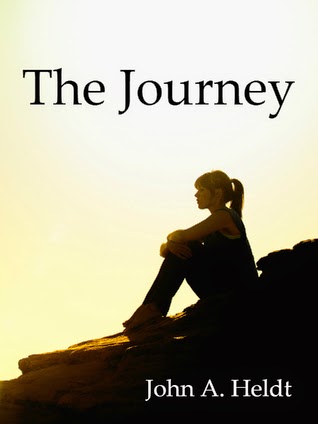 From Goodreads ~ Seattle, 2010. When her entrepreneur husband dies in an accident, Michelle Preston Richardson, 48, finds herself childless and directionless. She yearns for the simpler days of her youth, before she followed her high school sweetheart down a road that led to limitless riches but little fulfillment, and jumps at a chance to reconnect with her past at a class reunion. But when Michelle returns to Unionville, Oregon, and joins three classmates on a spur-of-the-moment tour of an abandoned mansion, she gets more than she asked for. She enters a mysterious room and is thrown back to 1979.

Distraught and destitute, Michelle finds a job as a secretary at Unionville High, where she guides her spirited younger self, Shelly Preston, and childhood friends through their tumultuous senior year. Along the way, she meets widowed teacher, Robert Land, and finds the love and happiness she had always sought. But that happiness is threatened when history intervenes and Michelle must act quickly to save those she loves from deadly fates.

Filled with humor and heartbreak, "The Journey" gives new meaning to friendship, courage, and commitment as it follows an unfulfilled soul through her second shot at life.

The book opens with Michelle standing at her husband's grave lamenting the rich and extravagant life she'd had with Scott with all she had missed out on by being his wife ... a Yale education, a writing career and children.  When she attends her 30th high school reunion, she and her friends tour an old abandoned house whose last inhabitants had mysterious disappeared.  Entering what turns out to be a wrong room, Michelle discovers that she is in 1979 when she exits it.  With no ID or money, she uses her aunt's birth certificate and lands a job at the high school as a secretary, which puts her in contact with all the students.  She falls in love with Robert, a teacher, and embraces her new life.

It's 1979 and Shelly is in her last year of high school.  She's been dating the school jock, Scott, for a while.  She loves him but finds that he's immature and dominating at times.  She gets accepted into Yale but unless she can find the funds to pay for it, she's going to have to settle for a more local university.  Scott doesn't want her to go away because he's afraid he'll lose her.

I like reading time travel books when people go back in time ... it's interesting to see how they react without cell phones, laptops, the Internet, etc.  This is the fourth book I've read by this author and I enjoyed it.  I liked the writing style and thought he captured 1979-80 really well.  Like Shelly, I graduated from high school in June 1980 and remember rugby shirts, gaucho pants, feathered hair and large plastic combs in the back of our super wide-legged jeans!  Cringe :)

One of the rules of time travel is that you don't connect with yourself because you may change the course of events (the butterfly effect).  In this case, though, Michelle wasn't happy with how her life had turned out and knew she had the ability to be able to change things, not just for Shelly but for Shelly's friends, etc.  For example, April, Shelly's best friend, died in their senior year ... would Michelle stop this from happening?

Michelle had the opportunity for a "do-over" in two ways.  She had the chance to make different choices for herself rather than what Scott had wanted in their life together.  Plus she had the ability to redirect Shelly's life into what young Michelle had dreamed of rather than the one that Michelle ended up with with Scott.

The one thing I found a bit odd was Michelle's relationship with Shelly's parents.  After the initial shock of seeing her father again in 1979, she didn't seem to have much interest or feeling for them.  For 48-year-old Michelle, they'd been dead for a while so I would have thought she'd be more grateful to have the opportunity to have them back in her life (even though she'd had a tense relationship with her mom when she was younger).

The ending was interesting ... I was wondering how the author was going to do it.  Would Michelle guide Shelly to change the course of her life and if she did, would Michelle suddenly disappear because Michelle's life as she knew it never actually happened?  Trippy, eh?  Would the portal open up again (as in the author's other books) and Michelle gets transported back to 2010?  Or was it possible for Michelle and Shelly to co-exist even though they were the same person?  Trippy too!  You'll have to read this book to find out!

I received a copy of this ebook at no charge from the author in exchange for my honest review.
By Teena in Toronto at 1:00 pm
Email ThisBlogThis!Share to TwitterShare to FacebookShare to Pinterest
Label(s): Books, Books - 2014, John A. Heldt, Published 2012