From Goodreads ~ For the first time ever, get the complete story of Justin Bieber's mother's amazing spiritual journey from brokenness and despair to wholeness and hope.

I don't mind Justin Bieber's music but I wouldn't say I'm a fan.  But I enjoy reading bios/autobios and I was curious to see his story along with his mom's.

Pattie is the youngest of three kids (though one died just before she was born).  Her dad left the family when she was two and died less than ten years later just after reconnecting with them.  Her mother eventually remarried but Pattie remained distant to her stepdad.  She was sexually abused during her childhood and felt unlovable.  She fell in with the wrong crowd and drank and did drugs.  She ended up pregnant at 17 and though Justin's father was/is in his life, they didn't stay together.

Pattie raised Justin as a single mom.  Times were tough but she indulged and encouraged Justin's love of music and sports.  He was a hyper kid so these kept him occupied and out of the trouble she had gotten into.  She was definitely a protective mom and I found her likable.

It was an interesting story of a woman who turned her life around.  It was a lot more detailed in the beginning and then sped up after Justin was born.  The writing style was easy to read.

Pattie found God when she was 17.  Her faith is strong, she quotes a lot of scriptures from the Bible and it seems like she depends on God a lot to make her decisions (I'm not religious at all).

I'd recommend this book if you like autobios/bios or are a Bieber fan.

Gord and I go to Stratford a couple times a year for the Stratford Festival.  Here's the Avon Theatre where Justin used to busk (these were taken when we were there in June 2012). 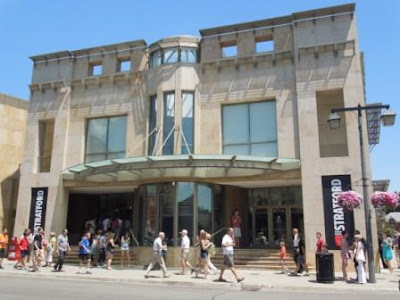 He has a star in front of the theatre now. 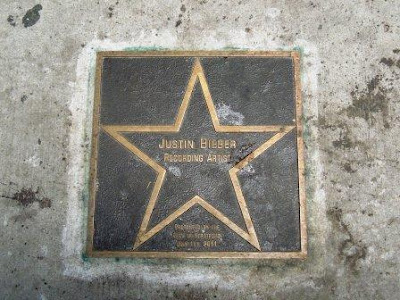 Here's Gord standing next to it. 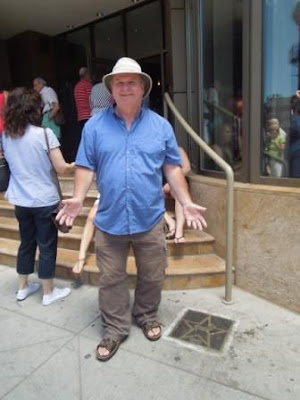