Bacardi At The Park, Rogers Centre, Toronto, ON

I had received an invitation to the new Bacardi At The Park opening party at Rogers Centre (at gate 12) from 5pm to 7pm this evening (it unofficially opened this spring).  Gord and I love rum and baseball so how could we say "no"?! 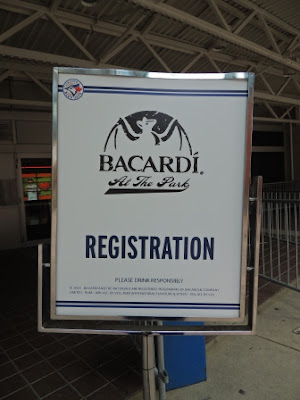 When we arrived, we were greeted by two friendly ladies. 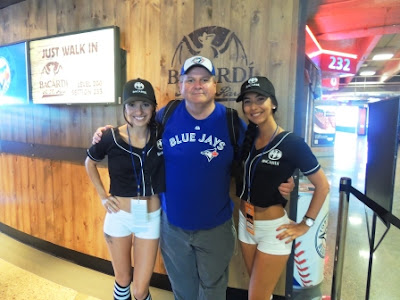 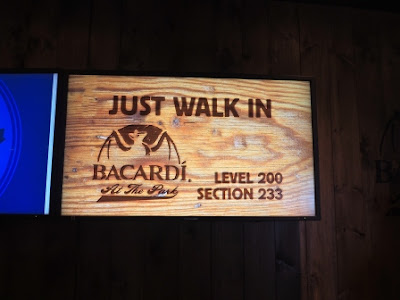 Here's Bacardi At The Park when we got there ... 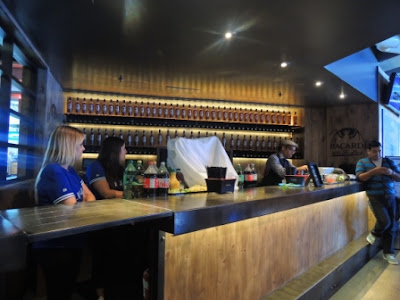 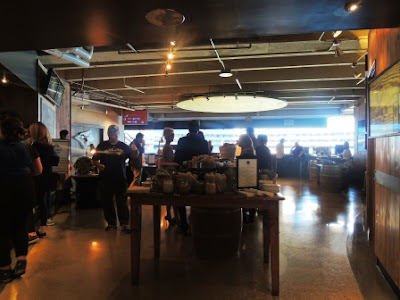 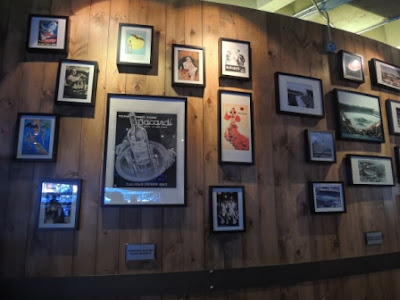 In addition to Bacardi rum, there was a selection of Bacardi products at the bar to try. 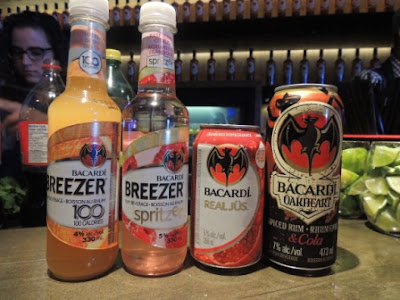 I've had the orange Breezers before (I like 'em!) and tried the Spiced Rum & Cola cooler this evening ... and became a fan!

Trevor was bartending ... he took a lot of care making cocktails.  There were two feature cocktails for the evening ... a Bacardi Bluejay Mojito and a Custom Oakheart Daquiri (both were good but I liked the mojito better). 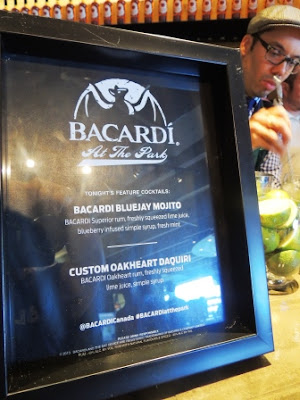 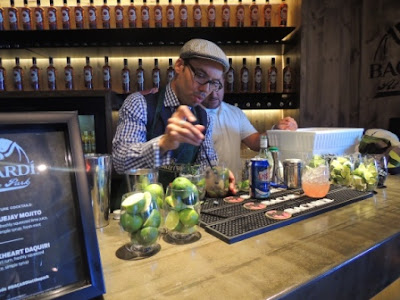 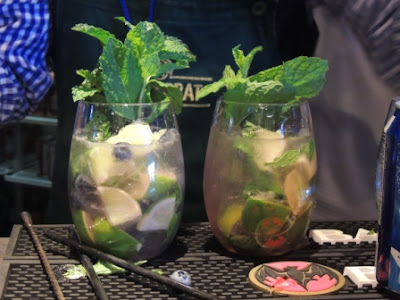 The food was delicious! 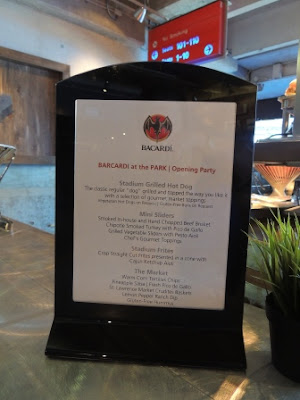 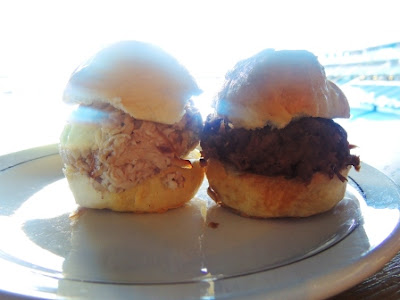 The Blue Jays were playing the Red Sox this evening.  As we were eating and drinking, it was fun to watch the players warming up. 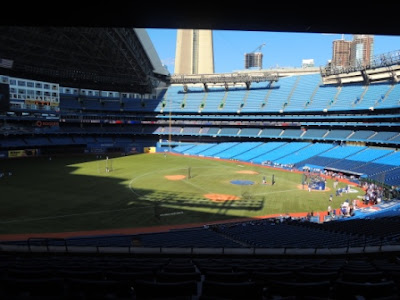 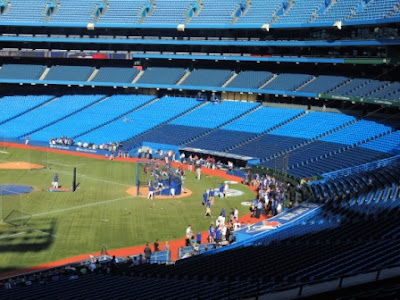 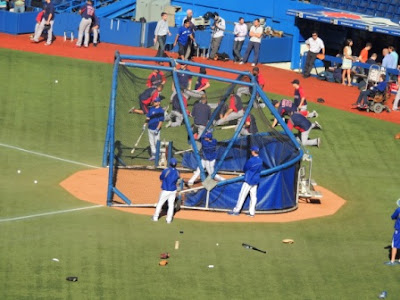 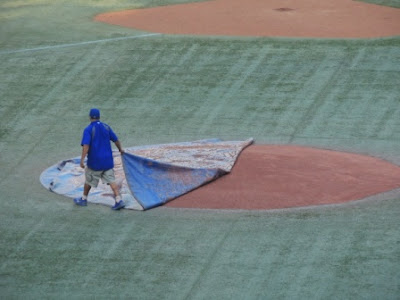 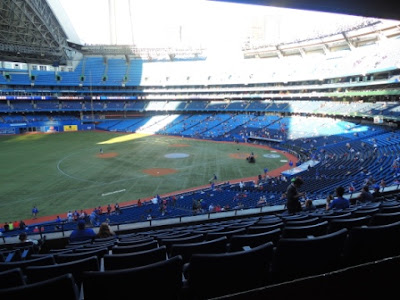 There was a good crowd by the end of the event. 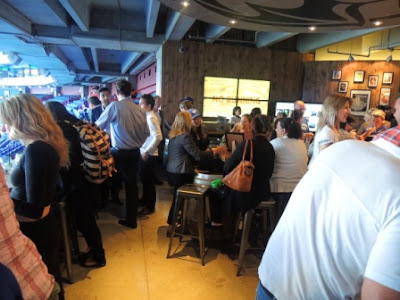 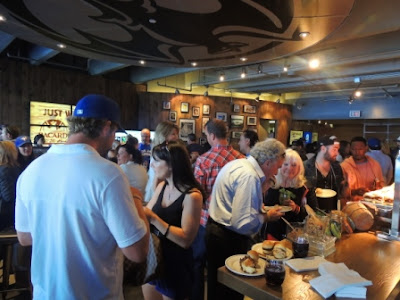 Rebecca was the official photographer.  She wanted to take our picture so I took hers first :) 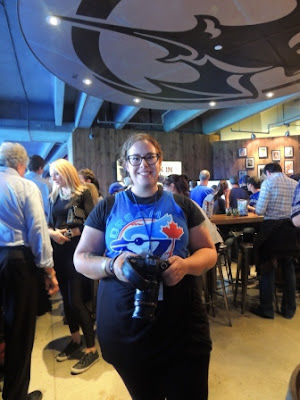 Everyone was encouraged to tweet about the event ... and there was a live feed on a screen. 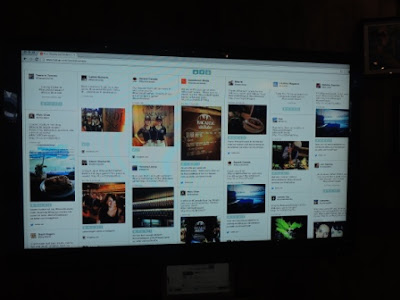 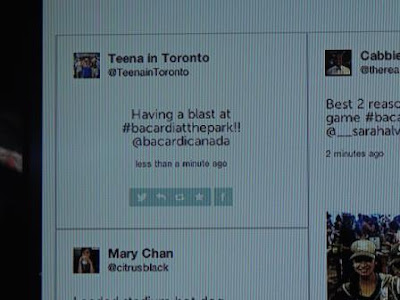 After the event, you could stay and watch the game ... needless to say, we did!  The free tix were appreciated!  The seats were just below Bacardi At The Park.

It was a lot of fun checking out the new bar.  It's a great spot to watch the game since it looks out onto the field, just past third base.  You should check it out the next time you are at Rogers Centre!
By Teena in Toronto at 7:00 pm
Email ThisBlogThis!Share to TwitterShare to FacebookShare to Pinterest
Label(s): Bacardi At The Park Rogers Centre Toronto ON

I didn't know you were at the event as well, would've been great to meet you. In fact my tweet was right below yours on the screen!

I think you guys were sitting in front of us at the game.