It is playing at the Lower Ossington Theatre, which is in our 'hood. 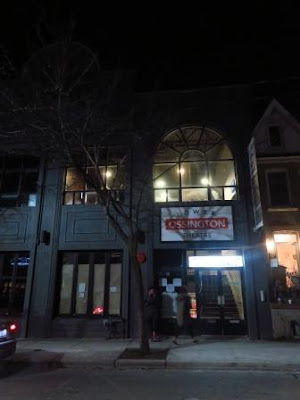 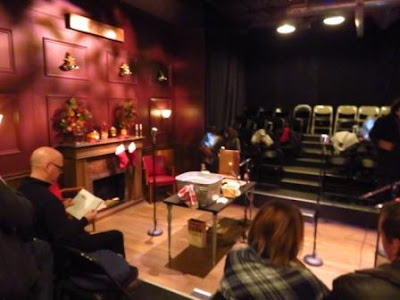 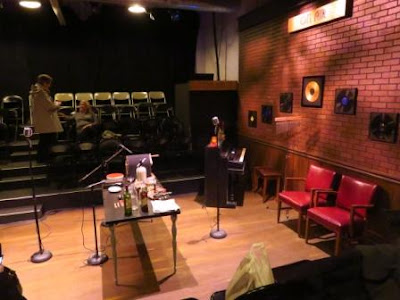 The actors (David Bradshawe, Vince Deiulis, Emma Ferrante, Thomas James Finn and Hannah Gallant) were fabulous!  They all played various parts and were continuously switching back and forth between characters and voices.  It was hard not to get caught up in the story.

It was interesting to watch them as actors playing actors of a radio show.  The sound effects were imaginative ... mashing Corn Flakes for the sound of walking in snow, etc.  There were even two "commercials" during the broadcast.

It must have been tough as an actor doing a radio show because the audience listening at home can't see them and their expressions so they have to make sure their voices and sound effects are effective.  This play showed us the work involved and also behind-the-scenes ... like taking a nip from flask.

This play is a must-see and will hopefully be back for the holidays for years to come!
By Teena in Toronto at 9:30 pm
Email ThisBlogThis!Share to TwitterShare to FacebookShare to Pinterest
Label(s): Live theatre, Live theatre: Lower Ossington Theatre