This evening, Gord and I went to the 12 Beers of Christmas at the Gladstone Hotel, which is in our 'hood.  Last year's was fun! 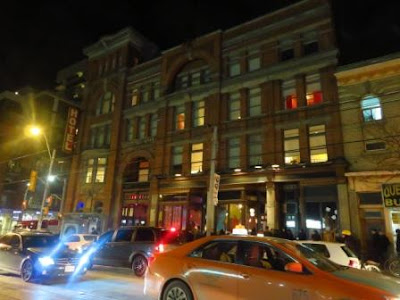 We made a list and checked it twice–of 12 local breweries, naughty and nice–to join us at our annual all-you-can-taste, beer-drinking extravaganza. On Dec 9, throw on your ugliest Christmas sweater and cross a beer (or 12) off your list.

There will be live music, DJs, and enough suds to give Santa’s village a hangover.

Check out our participating breweries spreading good cheer in the form of beer:

It was sold out (about 475 tickets).  It was held in three rooms on two levels.  There was a DJ upstairs. 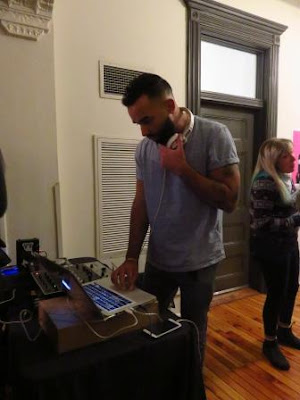 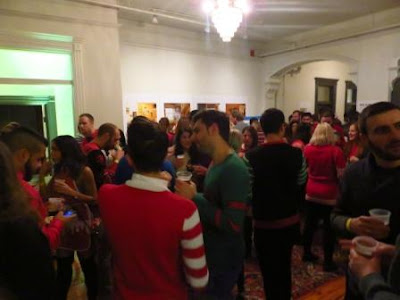 There was another DJ in one of the rooms on the main level. 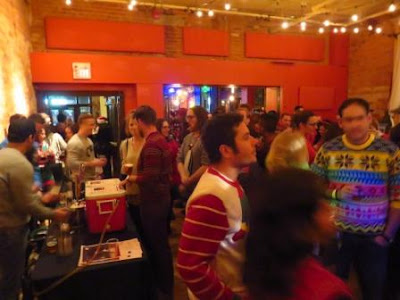 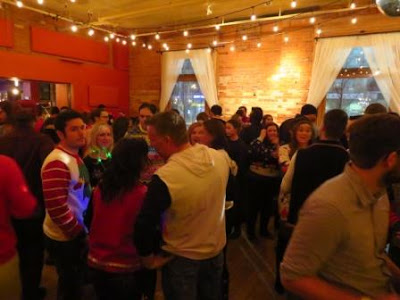 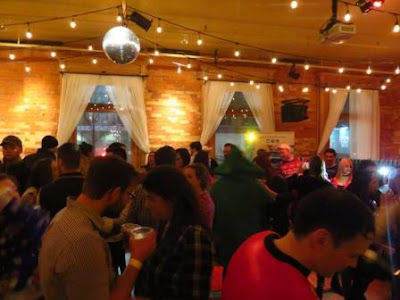 We hung out on the main level in the room with the band, Cover Me Badd.  They played lots of rock and were good. 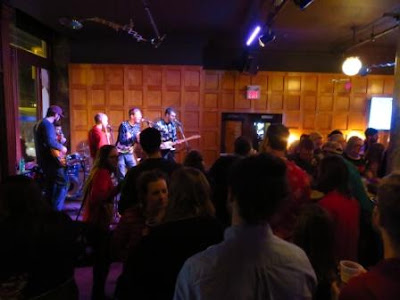 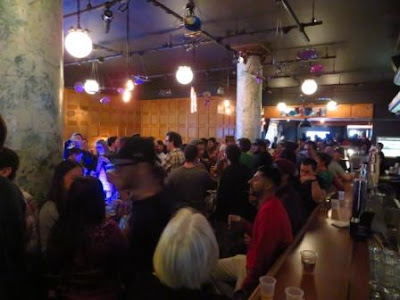 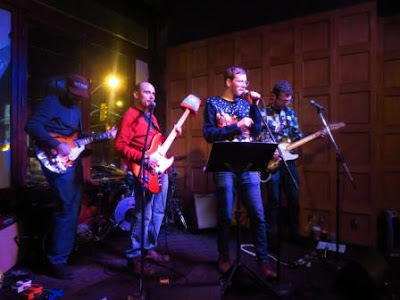 
It was a fun time with many dressed in Christmasy attire.  The only drawback is that a lot of the beer providers ran out of beer before 8:30pm (it was over at 9pm) ... hopefully there will be better planning next year.
By Teena in Toronto at 9:00 pm
Email ThisBlogThis!Share to TwitterShare to FacebookShare to Pinterest
Label(s): Beer festivals