"The Container", The Berkeley Street Theatre, Toronto, ON

Gord and I saw The Container this evening.  We'd seen it two years ago during the Summerworks Festival and really enjoyed it.  It is presented by Theatre Fix and playing in the courtyard of the Berkeley Street Theatre. 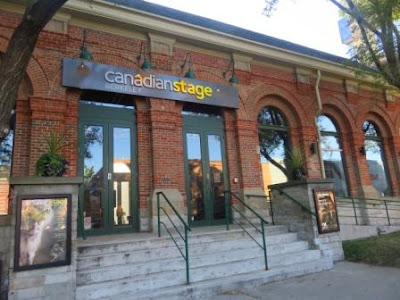 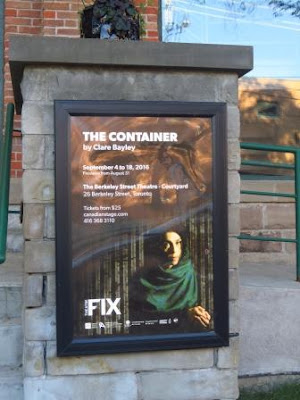 We were given a bottle of water and some rules by Kayla before we were led to where the play would happen.  It actually takes place in a container. 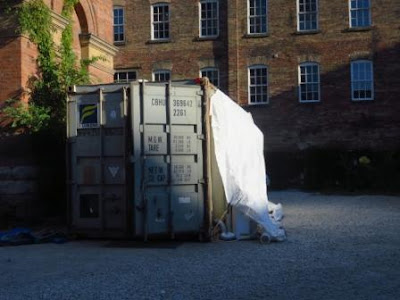 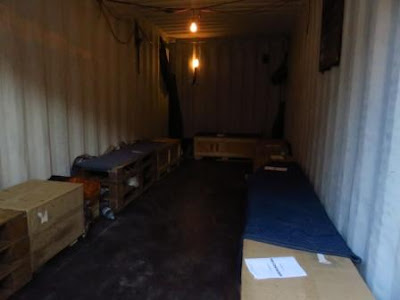 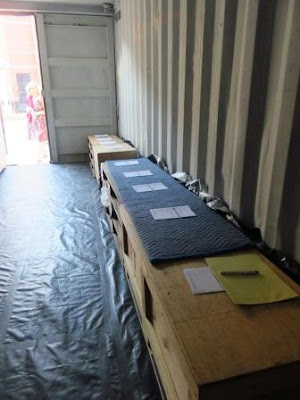 Five people thrown together by circumstance and necessity travel across Europe in the back of a truck. Should they trust each other? What price will they pay to complete their journey? 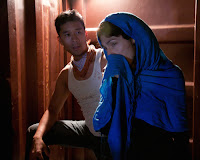 When the doors of the container shut behind you, let your eyes adjust as you meet five complex individuals: Fatima, Asha, Jemal, Ahmad and Mariam. You join them on the final leg of their voyage, as they are smuggled across Europe in the confined space of a shipping container. The only thing they have in common is their goal: to get to England and start a new life. Witness them torn between greed and generosity, watched over by the mysterious Agent who orchestrates their journey. With freedom so close, what price would you pay?

Clare Bayley’s provocative depiction of migrant smuggling won the Amnesty International Freedom of Expression Award for its unflinching and empathetic portrayal of the very human stories behind the statistics. Theatre Fix is proud to present the critically acclaimed Canadian premiere production, returning to Toronto for a limited engagement after its successful run at the 2014 SummerWorks Performance Festival.

This performance runs approximately 60 minutes. There is no intermission.

Warning: Confined space, dark, mature language and subject matter. "The Container" is performed inside a restricted space that is neither accessible nor suitable for those with claustrophobia.

The play tells the story of five refugees who have paid a lot of money to get passage to London, England, in a shipping container ... we meet them when they are in Italy.  They all want a better life than the ones they have left behind.

The actors were excellent and performed really well ... I felt like I was actually with them. Mother and daughter, Fatima and Asha, had been in a refugee camp for a few years and were heading to London to hook up with Fatima's son. Jemal's fiancee and baby were in London and he wanted to get back to them. Ahmad was a businessman. Mariam's husband had been killed and she was escaping so it wouldn't happen to her. The Agent was a slimy dog trying to weasel more money from them.

Actually being in the container increased the intensity, making it full of tension, desperation and hope. The sound effects of a truck driving made it all that more real.   It was hard not to get caught up in the play.  At one point, Ahmad was standing next to me and not being a nice person ... it was all I could do not to punch him and tell him to smarten up!  There were a couple times when I wanted to give my bottle of water to Asha since she had none.

It runs 'til September 25 and is definitely a must-see play!
By Teena in Toronto at 7:00 pm
Email ThisBlogThis!Share to TwitterShare to FacebookShare to Pinterest
Label(s): Live theatre