Gord and I went to Stratford today (about two hours away) to see a play at the Stratford Festival.

We caught the 10am Stratford Festival bus from downtown Toronto (it's a great deal for about $15 including tax) and took the 9pm ViaRail train home (which is more expensive and left an hour late at 10pm) ... going forward I'll be inclined to take the bus down and back.

The play was at the Festival Theatre on Queen Street. 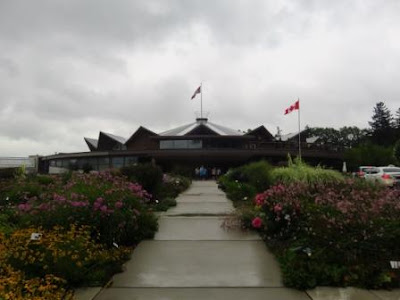 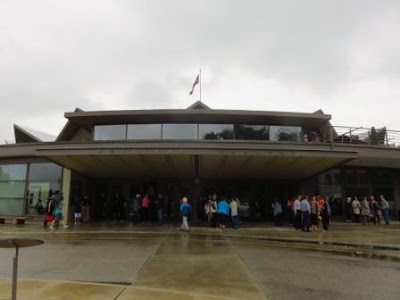 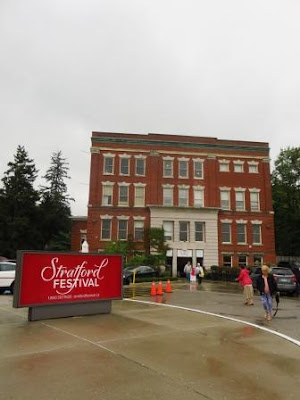 Here's the warning that the play will begin shortly. 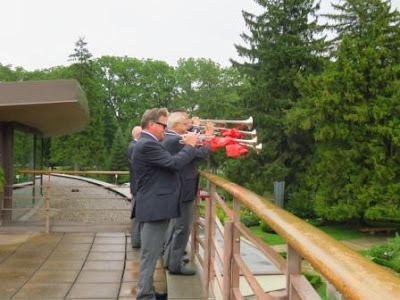 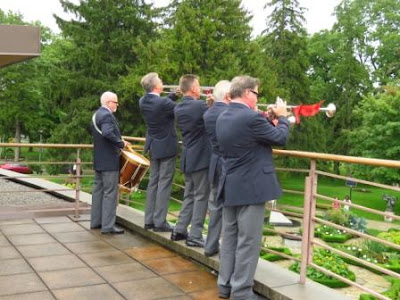 We saw A Chorus Line.  It is a musical with music by Marvin Hamlisch, lyrics by Edward Kleban and a book by James Kirkwood, Jr. and Nicholas Dante.

Centred on seventeen Broadway dancers auditioning for spots on a chorus line, the musical is set on the bare stage of a Broadway theatre during an audition for a musical. A Chorus Line provides a glimpse into the personalities of the performers and the choreographer as they describe the events that have shaped their lives and their decisions to become dancers.

It's set it in the 1970s so it was fun to see the old clothes, hairstyles and personalities.  Does anyone today know who Jill St. John is?  There was lots of singing and dancing but also a chance for the performers to tell us why it means to much to them to get in the chorus.  There is humour ... like when Val sings about how her career improved once she got enhancements.


Other actors share their more heartwarming stories like the young man who is gay (a big deal in the 1970s) or the former lover of the director who was a star performer in the past and needs a job in the chorus.

We had great seats in the first row of the balcony.  The stage is very minimalist (with just a walk behind them that changes to brick and then to mirrors) so the focus is on the performers.  I found there were some slower parts but it came together with its shiny fun ending.


It is a two hour play and there is no intermission.  As a head's up, there is swearing and adult content.
By Teena in Toronto at 2:00 pm
Email ThisBlogThis!Share to TwitterShare to FacebookShare to Pinterest
Label(s): Live theatre, Live theatre: Stratford Festival