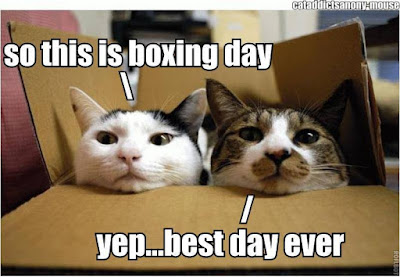 We be hanging at home today. We don't need things so no point in shopping!