From Goodreads ~ "Tell Me To My Face" is an intimate and surprising story of Angelo Mosca's journey from a hard-scrabble upbringing to playing in a record nine Grey Cups, becoming the most hated man in the CFL and wrestling as the infamous King Kong Mosca.

Angelo Mosco is a former football player (primarily for the Hamilton Tiger-Cats, Gord's favourite CFL team) and wrestler.  To be honest, I've never heard of him but Gord recently read this book and said I'd enjoy it as I like reading bios ... and I did like this book.

Mosca was born outside of Boston to Italian parents who were alcoholics.  His father physically abused him and his siblings and his mother allowed it.  He took advantage of football scholarship at Notre Dame to get away from home, which led him to play football for the Tiger-Cats. 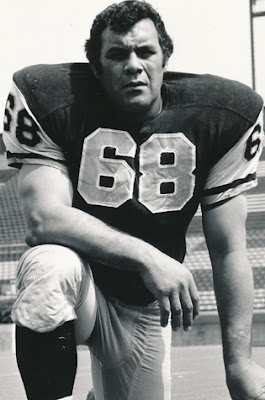 During the off-season, he wrestled as King Kong Mosca and continued after he left football. 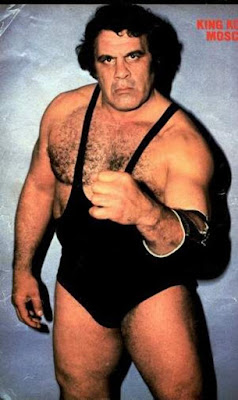 I thought his story was interesting. He was honest in both his achievements and his faults. He sounds like a fun guy to sit down and talk with.  As a head's up, there is swearing.

It was self-published and there were a lot of typos and grammatical errors, which is surprising considering he had a sports writer helping him out.
By Teena in Toronto at 8:46 pm
Email ThisBlogThis!Share to TwitterShare to FacebookShare to Pinterest
Label(s): Angelo Mosca, Books, Books - 2015, Canadian, Published 2011, Steve Milton, The Canadian Book Challenge 9