Open Roof Festival moved this year to the parking lot of 99 Sudbury, which is in our 'hood.  It happens every Thursday night over the summer and tickets are $15.

Open Roof Festival is a not for profit, outdoor music and film festival providing Toronto with a summer experience like no other, highlighting independent filmmakers and artists from Canada and around the world. The Festival is a fun, unique experience that is more than just a party – its an evening of shared experiences. Of Toronto’s music and film scene. Of refreshments. And, of enjoying Toronto’s beautiful summer nights with friends.

Open Roof Festival is an almost entirely volunteer-driven event and all profits raised are put forth in support of Canada’s independent film production and music communities.

Since it's so close, Gord and I checked it out tonight (we'd never been).  pHoenix Pagliacci was the singer and Bad Words with Jason Bateman was the movie. 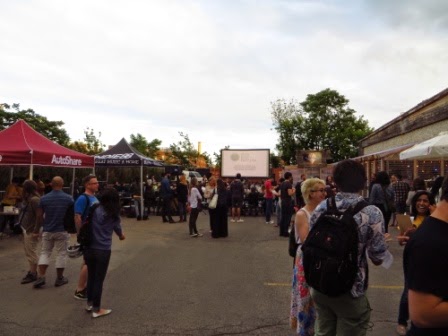 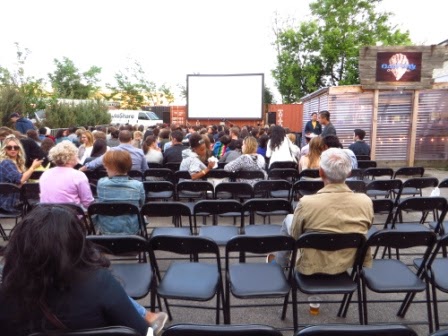 We had bought our tickets a couple weeks ago.  Everyone got a wrist band at the entrance which entitled you to a free beer after the show at four local bars if you were so inclined. 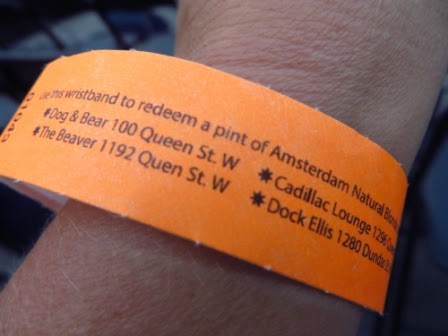 A rep from the radio station Indie88 was giving out stickers and bottle openers. 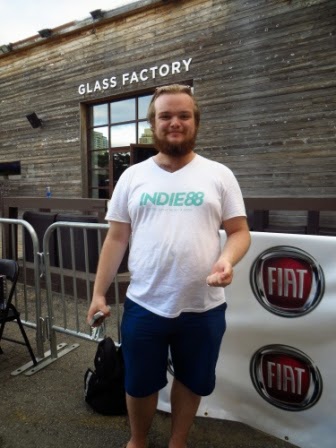 If you were hungry, there was a variety of food you would buy. 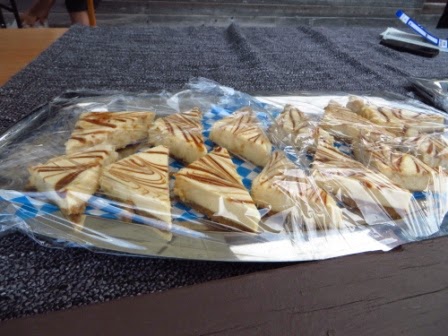 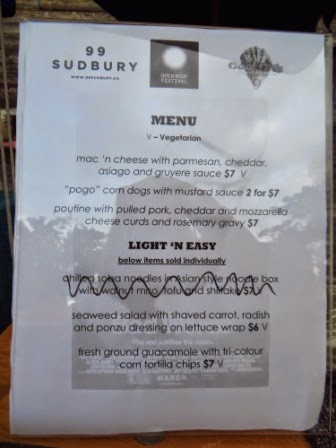 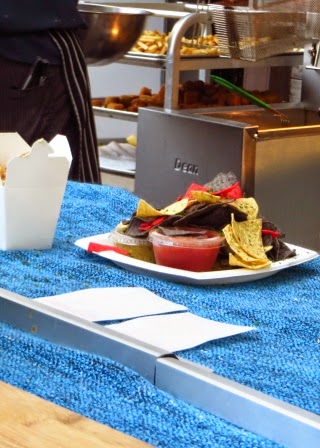 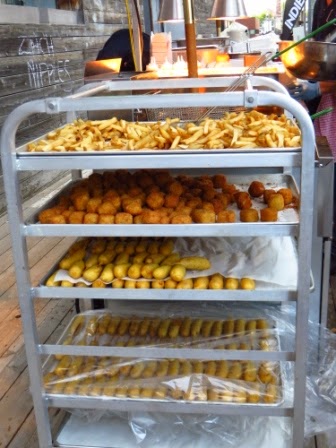 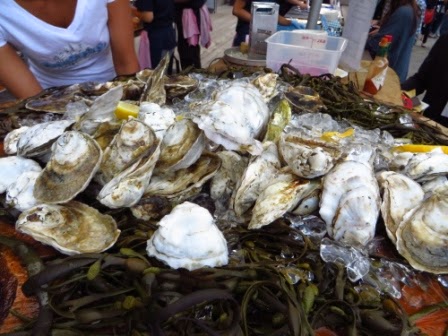 You could buy drink tickets for wine or beer (from Amsterdam Brewery). 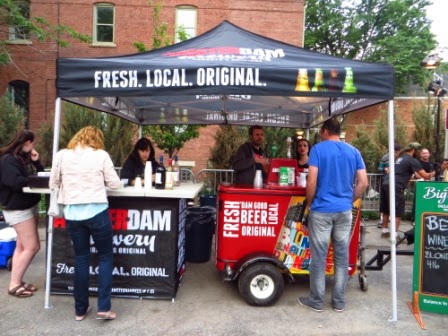 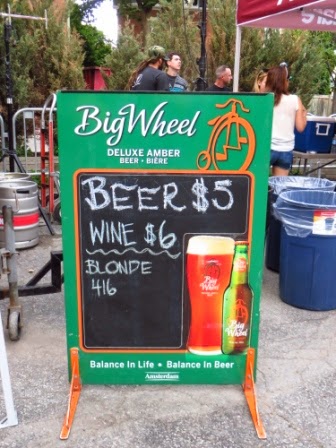 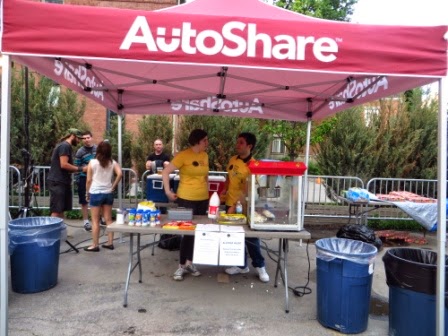 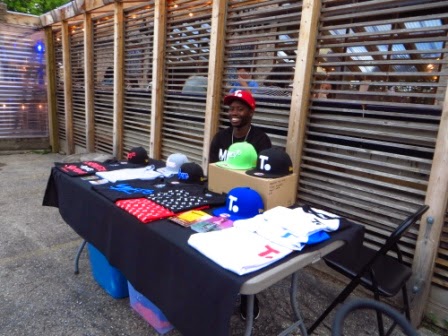 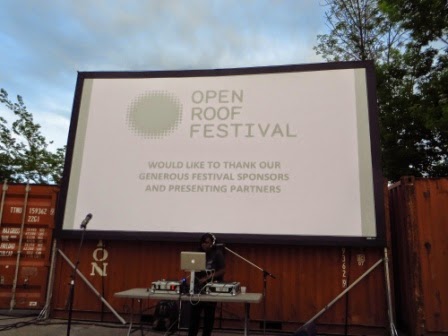 Angela, one of the Open Roof Festival reps, thanked everyone for coming and told us who the sponsors were. 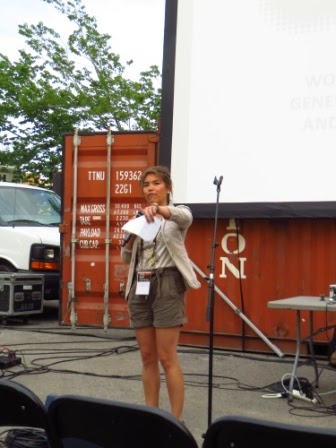 pHoenix Pagliacci came on about 8:30pm and sang for about a half hour.  She sang hip hop and and rap and I liked her! She had a good voice and joked with the crowd. 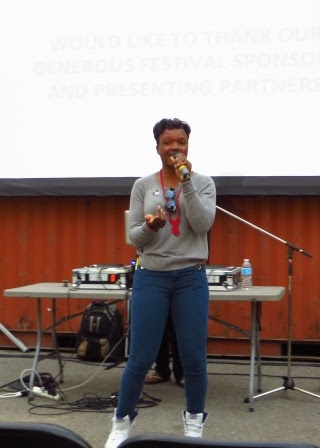 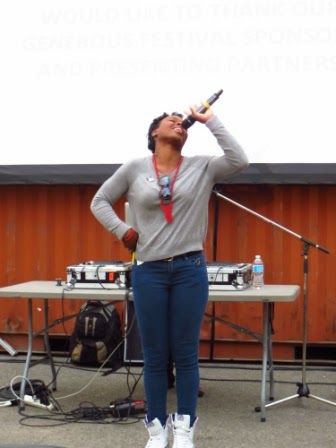 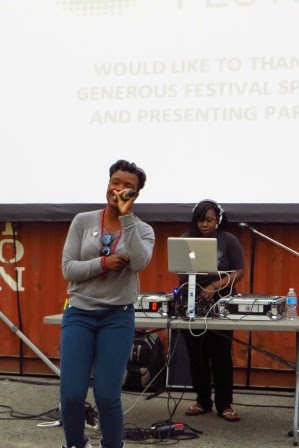 Gord and I sat in the front.  This is looking back at the crowd waiting for the sun to set.  The seats filled up once the movie began. 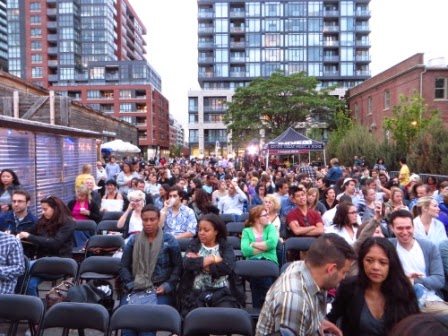 The movie, Bad Words, began about 9:20pm.  The movie was good ... you should go see it!  The festival was like being at the drive-in without a car in a more intimate setting. 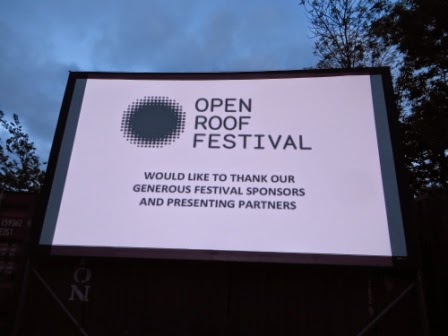 I'm so glad we have tickets for another movie next month!
By Teena in Toronto at 11:00 pm
Email ThisBlogThis!Share to TwitterShare to FacebookShare to Pinterest
Label(s): Open Roof Festival