Tonight Gord and I attended the Hart House Craft Beer Festival at the University of Toronto.  We've heard that it's a good festival and this is the first time we've gone (they started in 2008).

We were in line when the doors opened at 7pm. 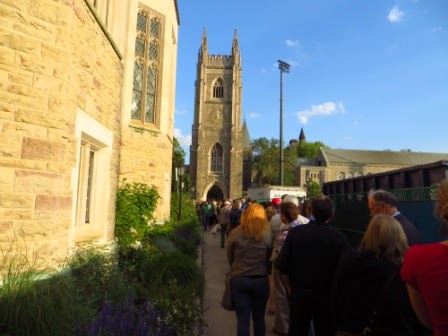 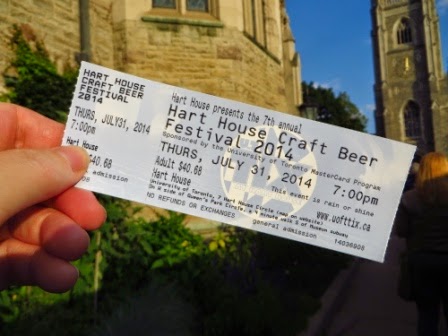 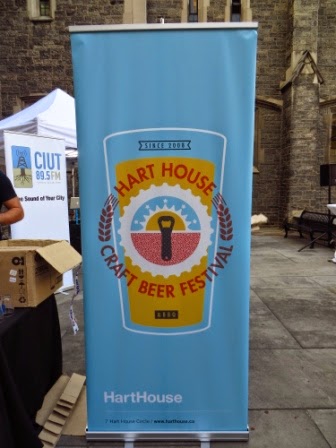 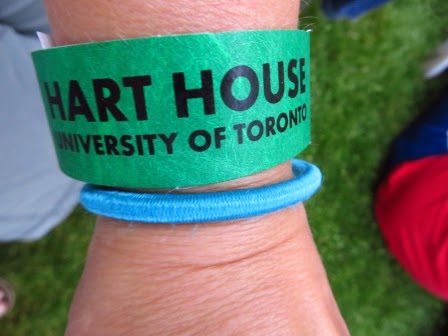 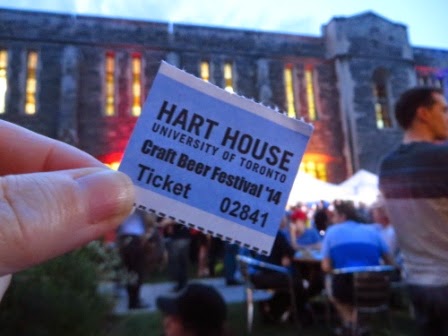 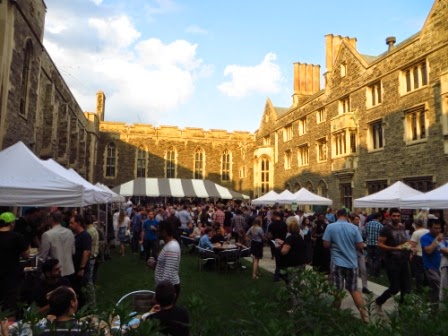 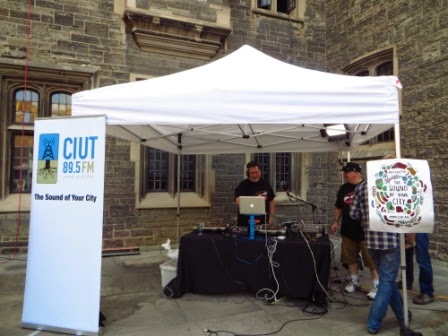 Master Cicerone Mirella Amato led a one-hour beer tasting workshop before the festival (at an extra cost) and was at the Cicerone certification booth afterwards.  Gord had taken some workshops with her a few years ago. 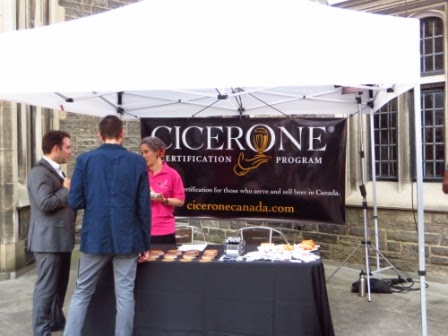 Gord and I didn't know what the food situation would be so grabbed a slice of pizza before we got there so weren't hungry (so didn't have anything).  There were food stations scattered around with lots of food and it looked good.  Here's some ... 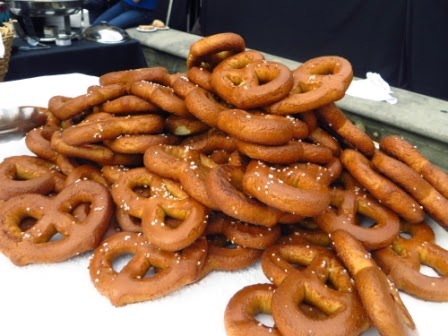 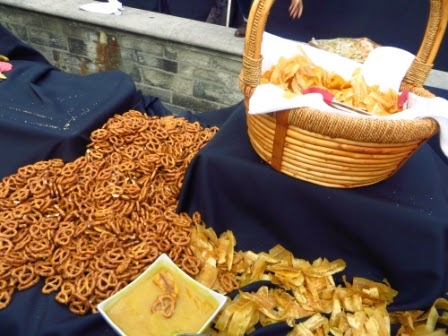 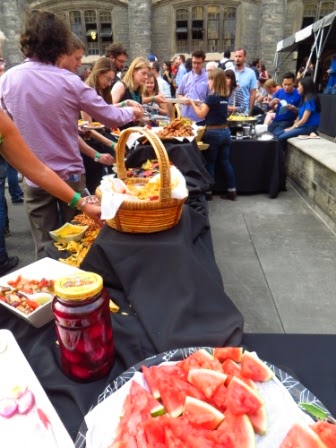 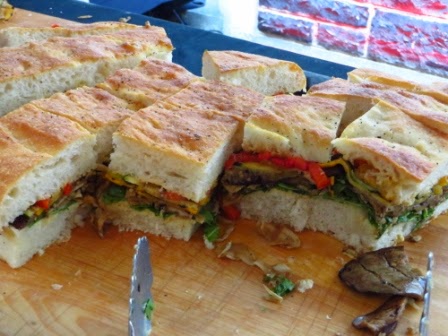 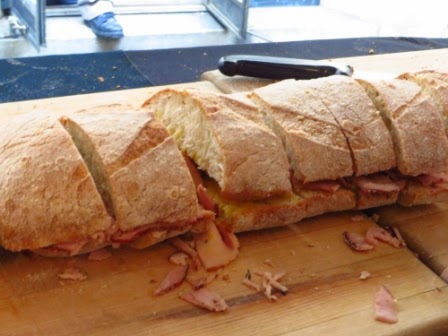 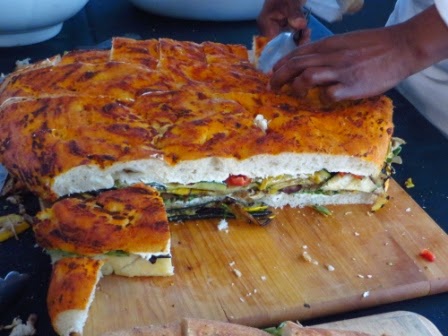 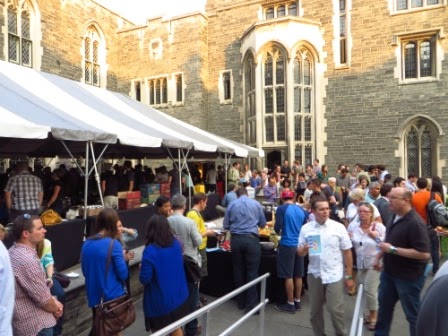 The space was beautiful but I found it was too jammed.  The line-ups for food were really long and it was hard to move around them/get through them. Plus we had to watch where we walked because lots of people were sitting in the grass (there weren't a lot of tables and chairs) and their plates were in front of them on the grass. 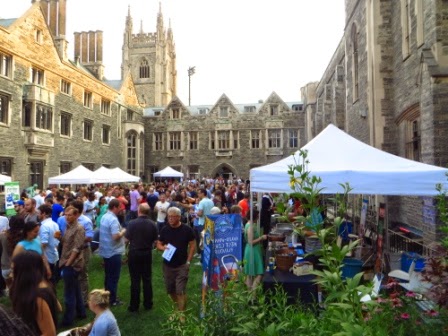 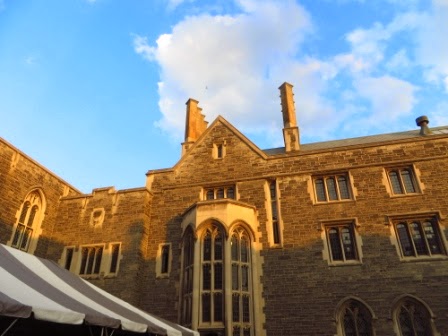 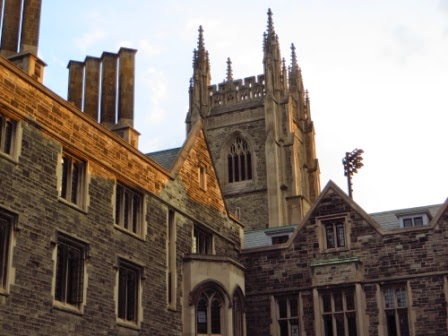 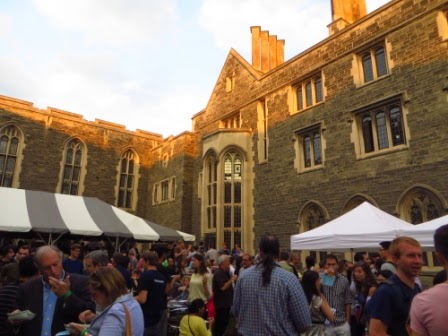 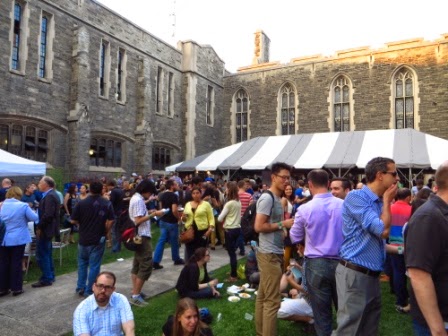 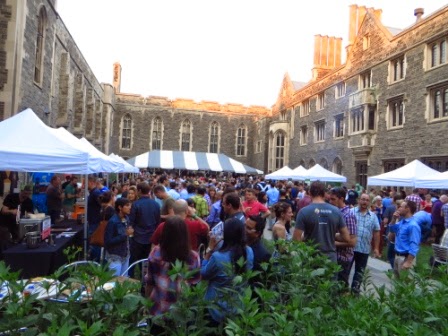 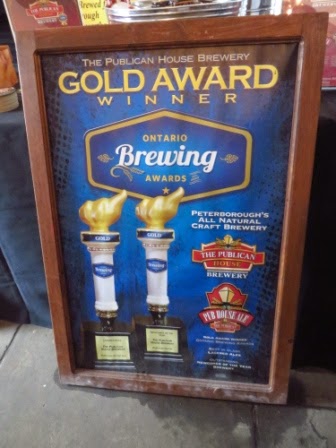 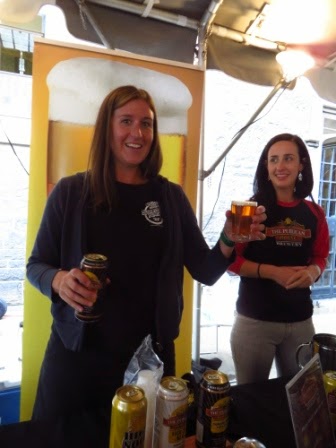 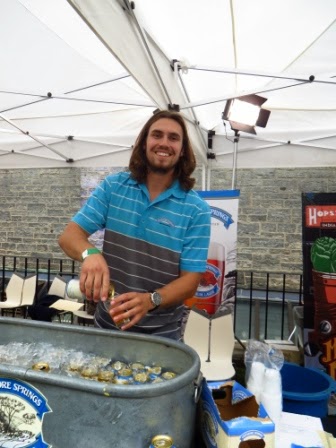 I ran into Mary Margaret and Jennifer, who I'd met at The Society of Beer Drinking Ladies Bevy 0004 event in April. 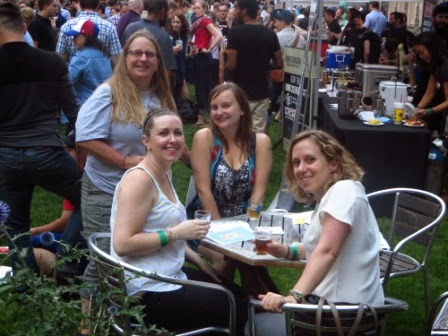 We had a nice chat with Mirella before we left. 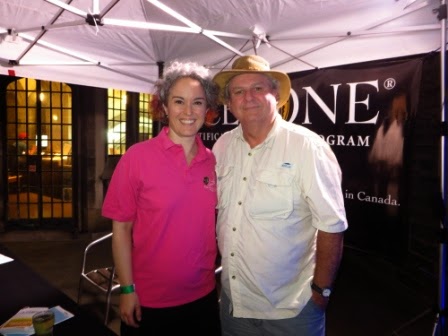 Here's the crowd when we left about 10pm. 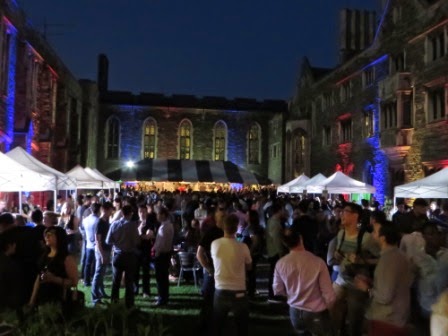 Gord and I love beer festivals and go to a lot of them.  For some reason, we weren't digging this one.   Though there was never much a line-up to get a drink, we found that it was way too crowded (and we don't mind crowds).  And I would rather that they not include food, thus reducing the cost of the ticket, and give me the option of buying food if I wanted something to eat.

One plus is that we could use the bathrooms inside the university ... a nice change from the usual port-a-potties.
By Teena in Toronto at 10:00 pm
Email ThisBlogThis!Share to TwitterShare to FacebookShare to Pinterest
Label(s): Beer festivals

The quadrangle at Hart House would be a pretty tight squeeze for 700 people! Other than that it looks fun!

You guys seriously do the coolest stuff.

Wow that's a busy party. Although you seemed to have been a bit disappointed, looks like a lovely way to spend and evening.