From Goodreads ~ Real friendship knows no bounds, and it's not only humans who need it. Unlikely Friendships tells one story after another of animals who, with nothing else in common, bond in the most unexpected ways and thrive on the warmth, closeness, and trust that come with being true friends.

Imagine a predator cuddling its prey. Or a bird befriending a mammal. Or a fish poking its nose out of the water to nuzzle a dog. Or a massive gorilla - the one named Koko, famous for her ability to communicate in sign language - embracing a tiny kitten.

Science writer Jennifer S. Holland narrates each story and also offers insights into these relationships. Sometimes there are plausible scientific explanations: an orphan seeking comfort from an older animal; an adult yearning for a younger creature to nurture. Consider the lioness who befriended and protected a baby oryx - unexpected, but not inexplicable. Sometimes a friendship is about need, as in the case of the blind Lab and her "seeing-eye" cat. But sometimes it's just a lovely mystery. How else can one explain the story of Owen the hippo and Mzee the tortoise, two notoriously surly creatures who became bosom buddies?

Each story reveals the true power of friendship and, to some degree, the many forms of "love" that seem to exist in the animal kingdom. Yes, scientists might scoff at that notion, but readers may feel a little differently about the world after they finish this book.

I love reading books about animals and this is the second one I've read by this author!

There are 47 stories about unlikely friendships between animals, birds, reptiles and fish from around the world along with pictures ... a kitten and a fawn, a leopard and a cow, an owl and a spaniel, and a rat and a cat.  Some friendships last just a few hours while others last for years.  They are written at a high level, just a couple pages for each.

I enjoyed this book and would recommend it.  This is an great book for animal lovers of all ages.

Here are some of the pictures from the book ... 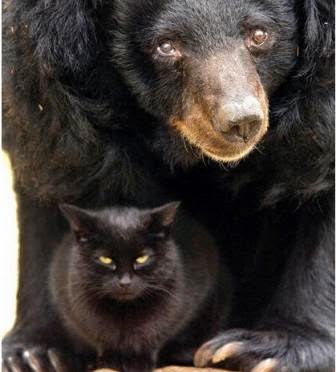 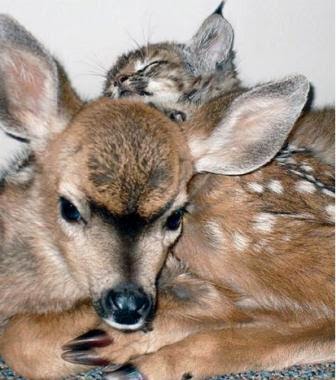 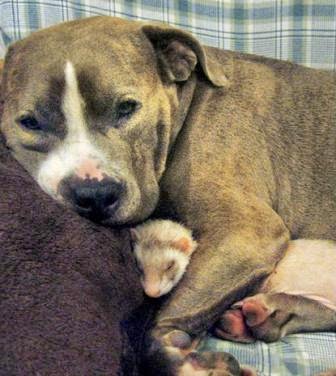 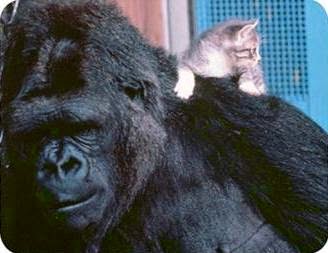