Congrats to Jen and Francis!

This evening Gord and I attended the wedding of Jen and Francis ... Jen and I worked together from 2004 - 07.

The ceremony and reception were held at a hotel in Richmond Hill.

The wedding started at 5pm.  Here is Jen's dad walking her down the aisle. 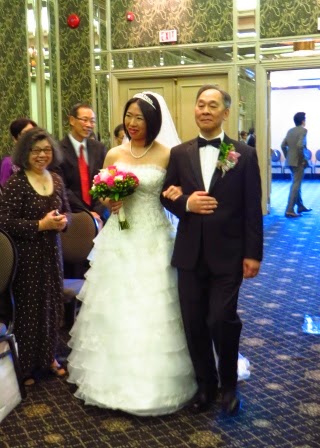 Here are Jen and Francis exchanging their vows. 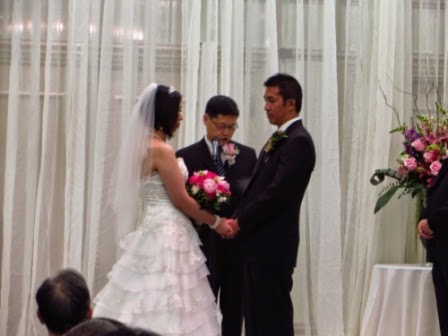 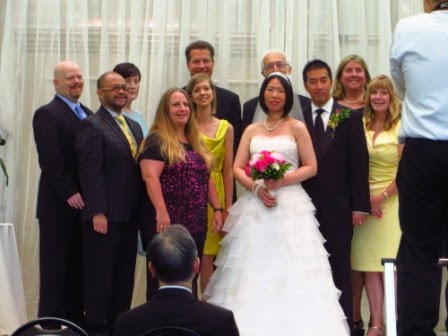 The reception began at 7pm. 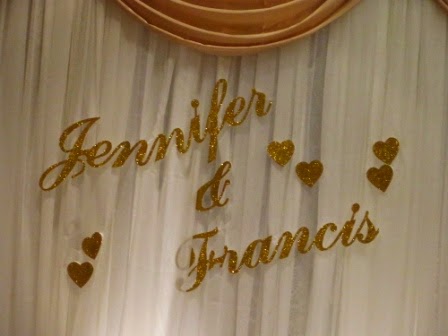 They cut the cake right away. 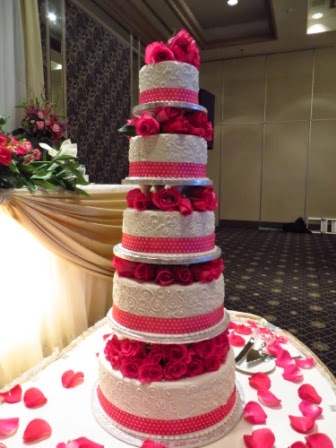 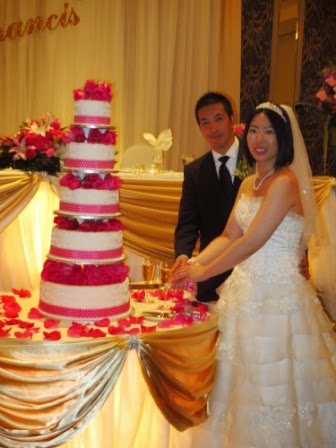 For supper Gord and I sat at a table with my former colleagues and their spouses/dates.


The meal was a Chinese banquet meal and was served 'til 11pm.  Fussy people like me were given the option of having a "Western" meal, which is what I took ...


Gord went with the traditional meal and there were 13 courses (he passed on the shark fin soup with shredded chicken and bamboo pith, though) ...


I've never been to a traditional Chinese wedding before and it was different than what we're used to.  There was a lot of food and it was served over many hours.

Here are Jen and her maid of honour.  This was Jen's second dress of the night. 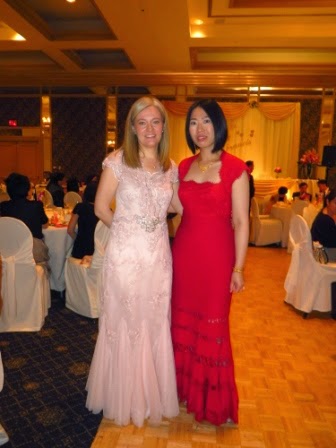 Jen changed her dress again later on.  Here are she and Francis thanking everyone. 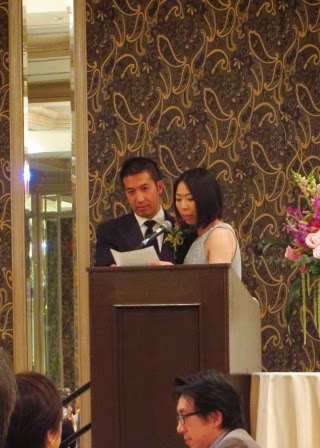 Then they walked around and thanked everyone personally. 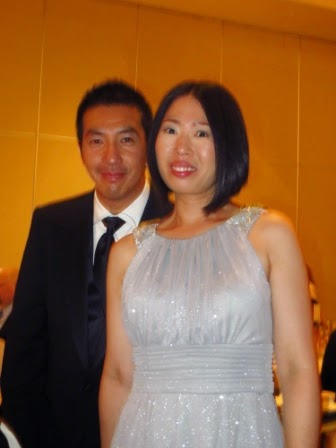 Everyone was given a bottle of honey as a gift to commemorate their day. 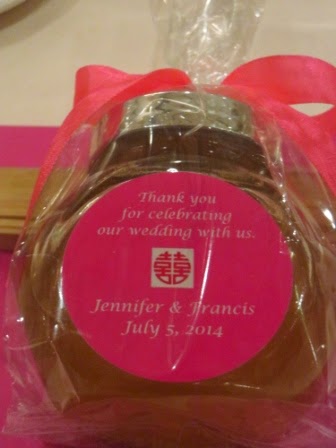 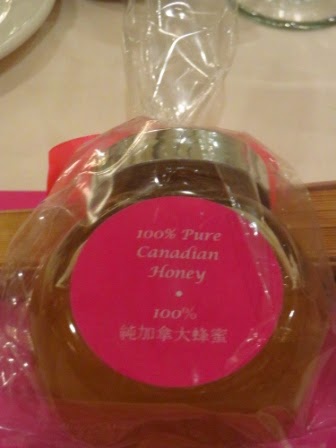 Congrats to Jen and Frances and thank you for including us on your special day!
By Teena in Toronto at 11:30 pm
Email ThisBlogThis!Share to TwitterShare to FacebookShare to Pinterest

What a lovely couple and my god, look at how many layers that cake had!!!!

Wow that sounds like a great wedding. I haven't been to one for so long! The food looks all so delicious!