"No One Needs to Know Shania", Fringe Festival, Toronto, ON 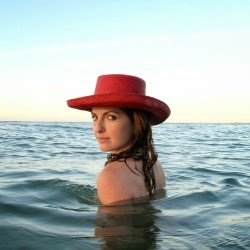 It is an annual theatre festival, featuring unjuried plays by unknown or well-known artists, taking place in the theatres of Toronto.

It started in 1989. Today the festival presents over 150 individual productions from Canada and around the world. It depends mostly on volunteers, donors/sponsors, and government grants.

Tonight Gord and I saw No One Needs to Know Shania.

From Timmins to Tennessee, hard hats to crop tops, old country to new, No One Needs To Know Shania is the Meat and Three of this year’s Toronto Fringe Festival. Accompanied by a live band led by Matthew Barber, this original one-woman show will tell you just what you need to know about Canada’s Queen of Country, Eileen Twain.

It was playing in the first level of the Monarch Tavern. 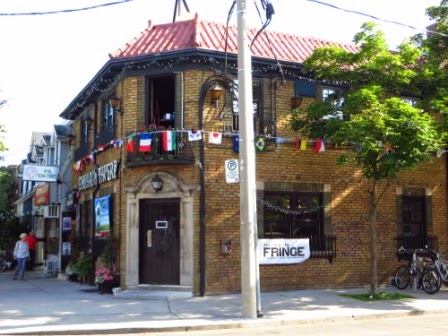 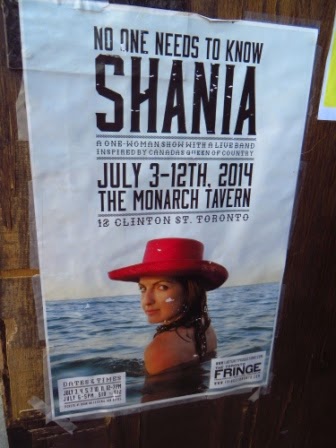 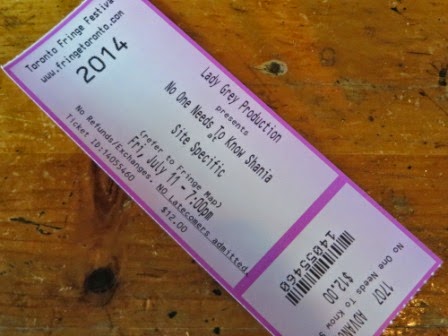 No One Needs to Know Shania is a 68-minute one-woman play starring Alexis Taylor, who plays Shania starting from the age of seven when she was little Eileen Twain to just after Shania married Mutt Lange.  It alternates from Taylor acting out parts of Shania's life to her singing her songs on stage, accompanied by a four piece band (the band was good!).

While Taylor is no Shania Twain, she is a good singer and I thought she did a good job in capturing the essence of Shania.  It covers the happy times like when she meets and marries Mutt but also the sad times like when she finds out her parents have been killed in a car accident and she takes responsibility for her younger siblings.

I like Shania Twain's music and enjoyed this play.
By Teena in Toronto at 8:10 pm
Email ThisBlogThis!Share to TwitterShare to FacebookShare to Pinterest
Label(s): Live theatre: Fringe Festival

I'm not much into country music, but I love a good play, so I would go.