Gord and I had supper this evening at the Goofie Newfie Pub and Grill in Fergus (about an hour and a half from Toronto).

I'm originally from Nova Scotia and love everything from the east coast so couldn't wait to check it out! 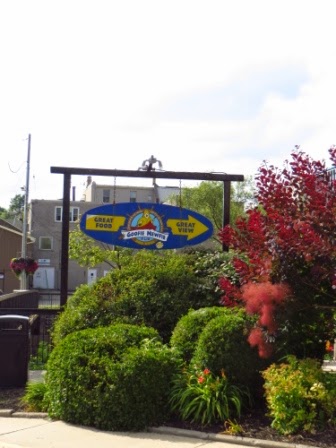 As we walked in, there were flags along the wall ... here is Nova Scotia's. 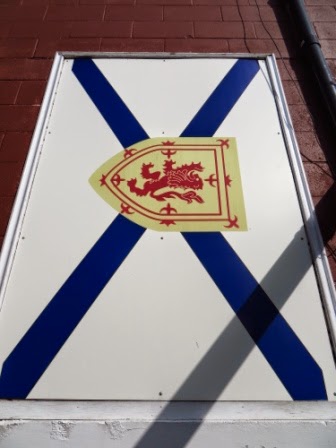 There is a patio overlooking the river. 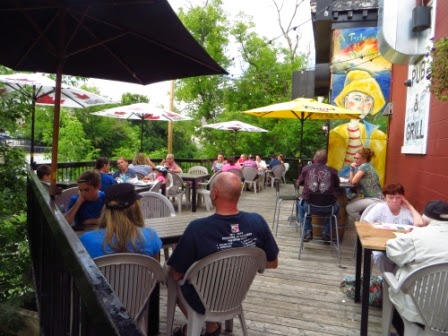 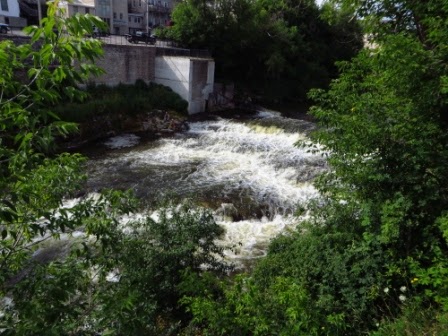 Though we love patios, we sat inside where it was cooler (it was humid outside).  It was fun inside and I kept having to remind myself that I was in Ontario not Newfoundland! 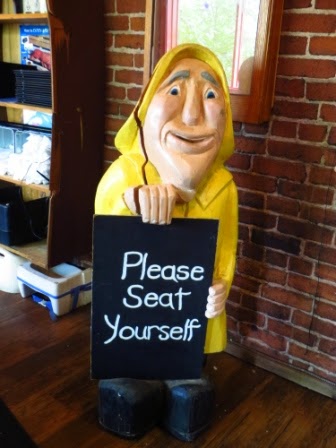 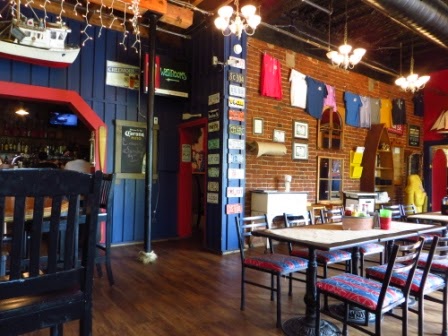 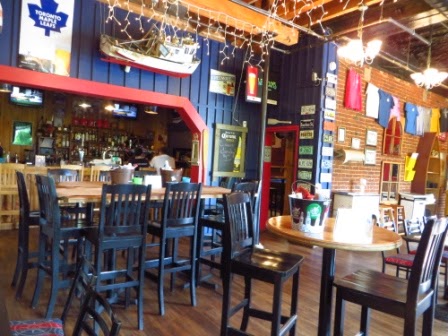 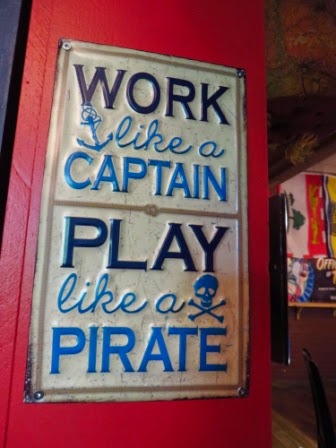 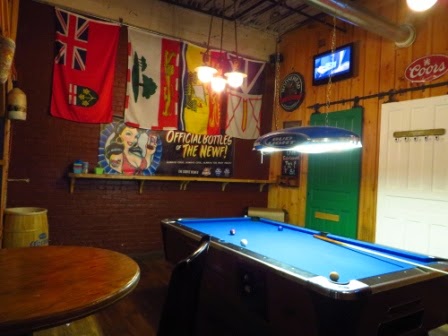 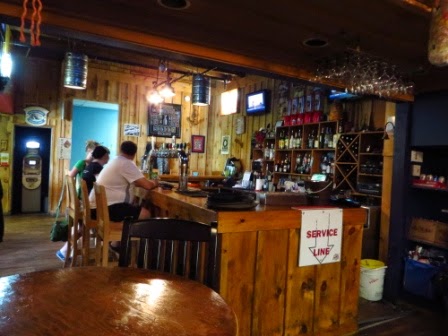 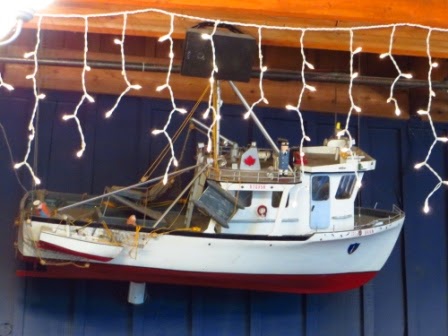 Our Keith's (from Nova Scotia) tasted good and refreshing! 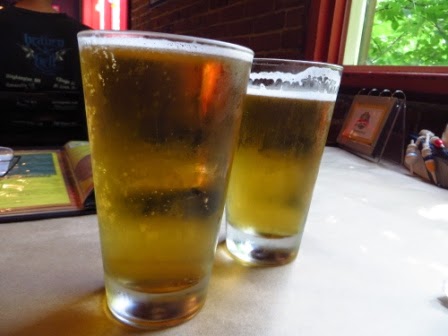 There is a lot of variety on the menu and we stuck with traditional Newfoundland dishes.

Gord started with Deep Fried Bologna.  I like bologna but not fried.  Gord enjoyed it.  The rhubarb relish was tart and good. 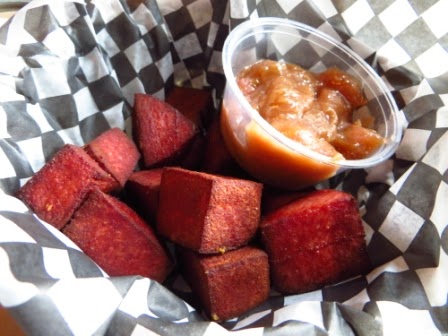 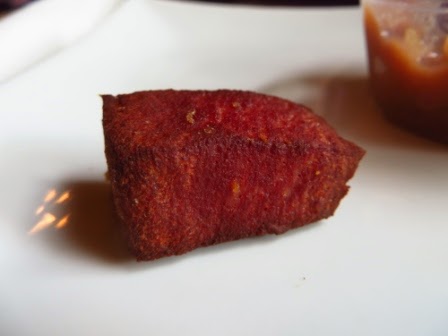 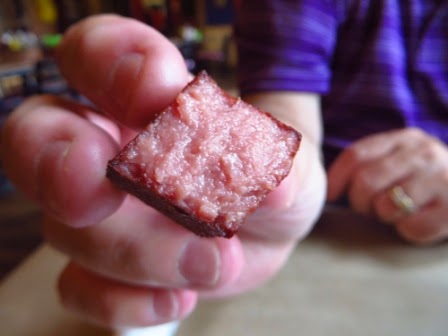 He also ordered Cod au Gratin and said it was delicious.  He wished the bread had been just toasted rather than garlic bread, though, as he found the garlic a bit overpowering. 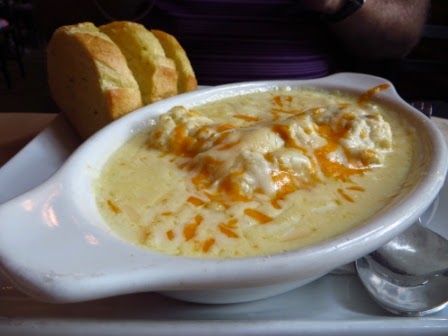 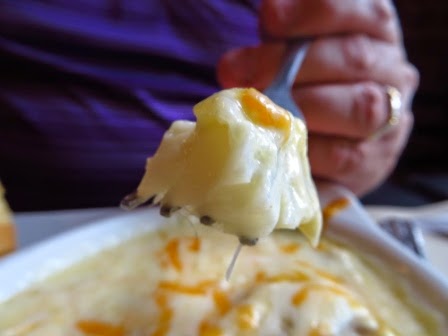 He also asked for a side of scrunchions.   I'm not a fan (too salty and chewy) but Gord likes them. 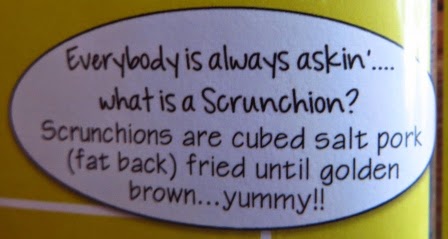 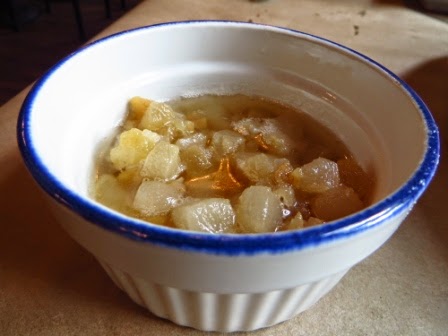 I ordered fish and chips.  It was delicious and filling! 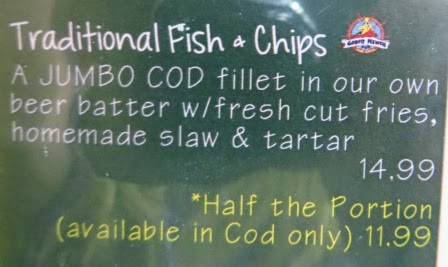 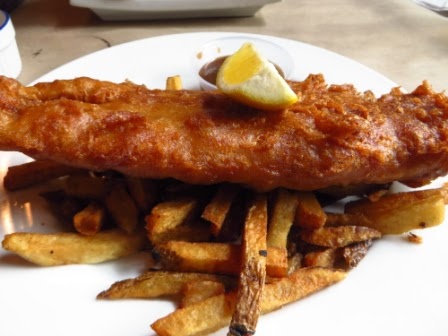 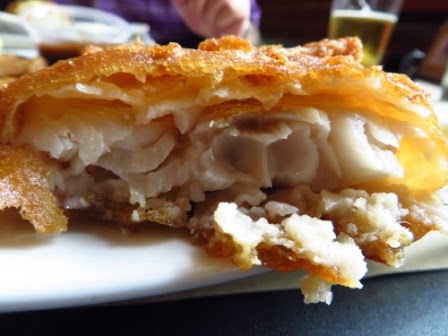 Dakota (who is originally from Nova Scotia) was our server and she took good care of us. 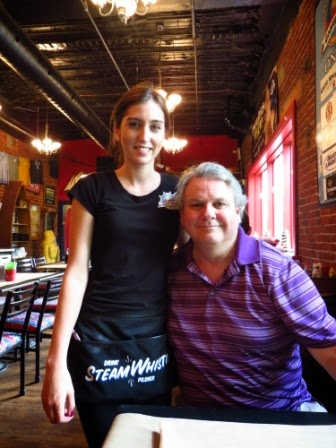 Since we were in a Newfoundland pub, we couldn't leave without having some Screech! 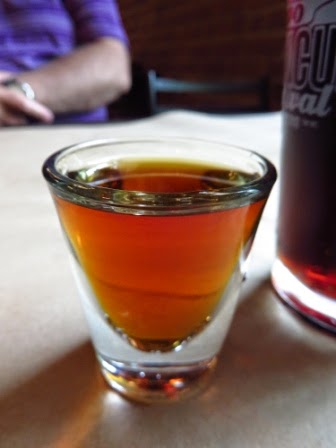 Here we are when we were leaving ... Rob, one of the owners, took the picture for us.  He is from Newfoundland and Rebecca, his wife (another owner), is from Nova Scotia so you know you are getting authentic Newfoundland cuisine!  We had a nice chat with them. 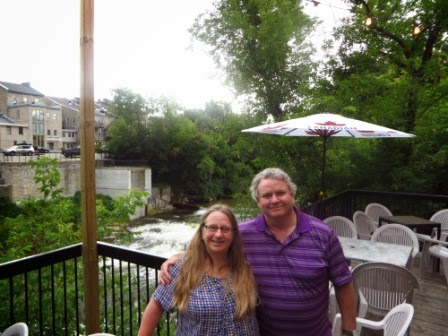 If you are Fergus, you should check it out!  The food is good and it's a fun place!

By Teena in Toronto at 7:30 pm
Email ThisBlogThis!Share to TwitterShare to FacebookShare to Pinterest
Label(s): Goofie Newfie Pub and Grill Fergus ON

I think I would pass on the deep fried bologna LOL, but it sounds like an awesome restaurant.

Looks great Teena - I just sent the link to my group that came back from Newfoundland on Saturday - they had an amazing time!