Gord had a massage at lunchtime today at Ossington/College.

I met him afterwards and we walked along College Street to Kensington Market. It's been a while since we'd been there.

We grabbed a burger and some beer on the patio at the Burger Bar. 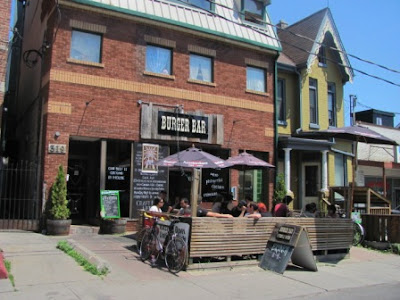 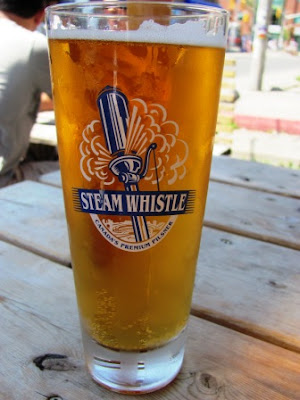 Not a huge menu but the burgers are good. 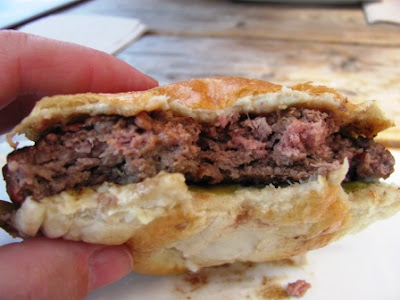 My burger doesn't look overly exciting but it was good ... juicy and tasty. They grind the meat there.

The car representing the Community Vehicular Reclamation Project is back (though more south on Augusta than before). 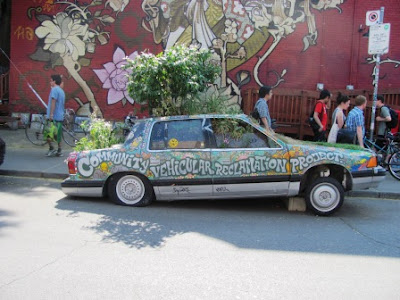 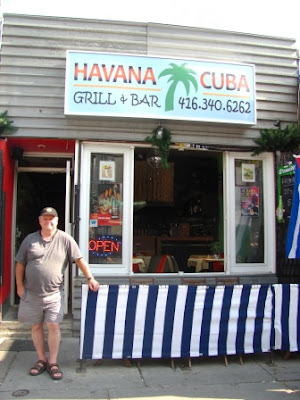 Julio has been in Canada for about a year and made us a couple mojitos. 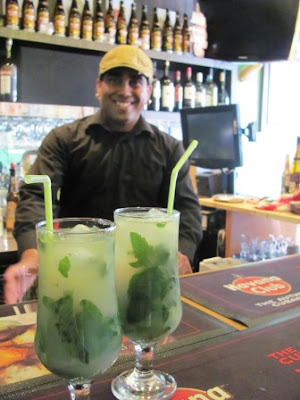 We stopped in at Graffiti's because there was a band playing country and folk tunes. 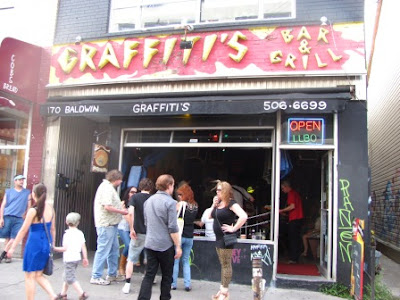 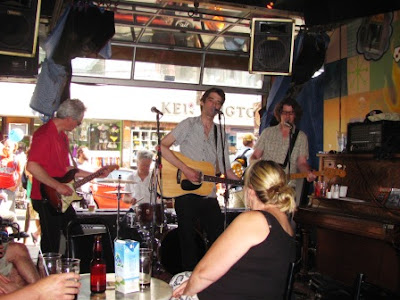 When we got home, it looked like the kitties were in the middle of a nap ... Crumpet is doing her wake-up stretches. 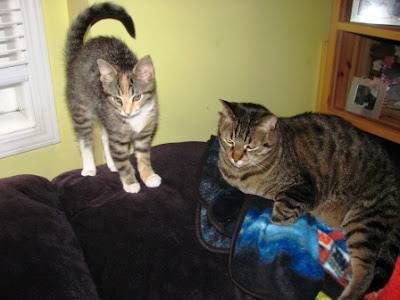 By Teena in Toronto at 7:19 pm
Email ThisBlogThis!Share to TwitterShare to FacebookShare to Pinterest
Label(s): Burger Bar Toronto ON, Graffiti's Bar and Grill Toronto ON, Havana Cuba Grill and Bar Toronto ON

Good Morning! catching up on blog visits and reading... looks like you had a fabulous time at the Indy... and having some fun at local eatries ... Your furbabies seem to getting along and enjoying some mid naps... have a great Sunday !! HHL

I love your walkabouts in the city. I didn't even know about Burger Bar - I want to check them out now.

HHL: It was a fun weekend!

LOTW: The Burger Bar is fairly new and used to be a bakery.