My sister asked me to knit her dog, Frankie, a sweater for Christmas.  I made one for him last week from a pattern I found at Yarnspirations (it's the first time I'd knitted a dog sweater).  It's considered an easy pattern (and it was). 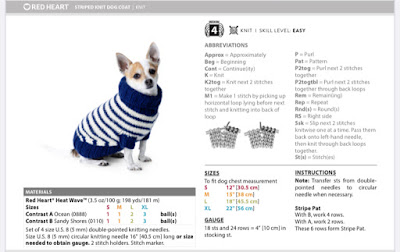 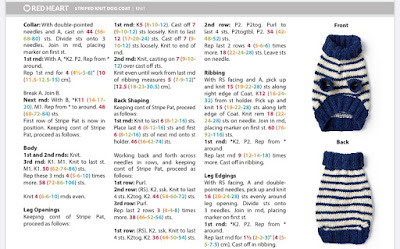 Though the pattern calls for two colours and stripes, I just used Caron Chunky Cakes Yarn (Sweet and Sour), which stripes naturally.  It's a 6 ply yarn so is thicker than the 4 ply that is recommended.  I used the same size needles as in the pattern (5mm) so it's thick and sturdy.

I made a medium one.  My sister had given me Frankie's measurements and it came out exactly as the pattern said it would.  I hope it fits him. 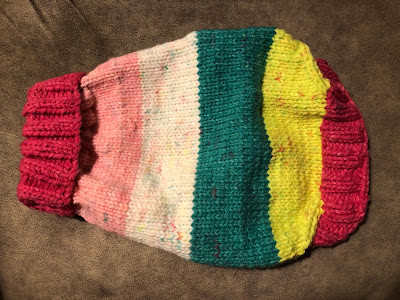 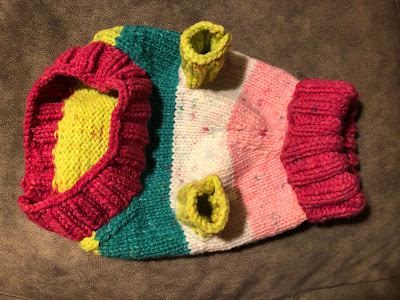 By Teena in Toronto at 10:00 pm
Email ThisBlogThis!Share to TwitterShare to FacebookShare to Pinterest
Label(s): Knitting

Awww, that's so cute, Teena. And even though I don't think most cats would appreciate this at all, I can imagine some of them would also like the additional cuddle factor that a sweater would provide, even indoors. Hee hee.