My sister asked me to knit her dog, Frankie, a sweater for Christmas (and I did).  I just finished making him a blanket (basically it's a big dishcloth). 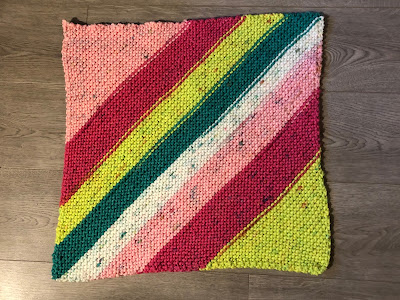 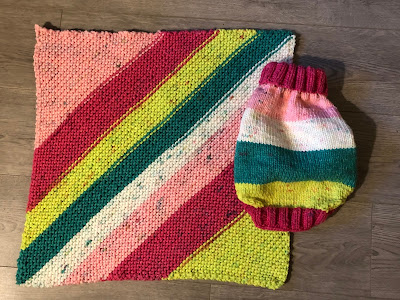 I used Caron Chunky Cakes Yarn (Sweet and Sour), which stripes naturally, for both.  It's a 6 ply yarn and I used 8mm needles.

By Teena in Toronto at 6:42 pm
Email ThisBlogThis!Share to TwitterShare to FacebookShare to Pinterest
Label(s): Knitting