Gord and I has supper this evening at Toronto Island BBQ and Beer Co. (it's near the Centre Island ferry dock).  I've been wanting to check it out since last year as it promises great views of Toronto from their patio ... and the views are nice!  You can sit inside but it was such a nice day so we sat on the patio. 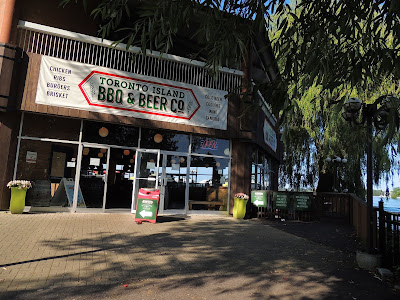 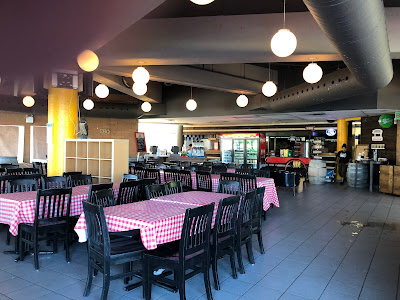 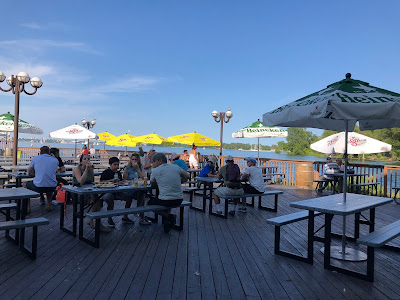 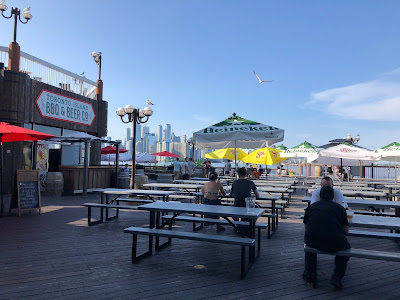 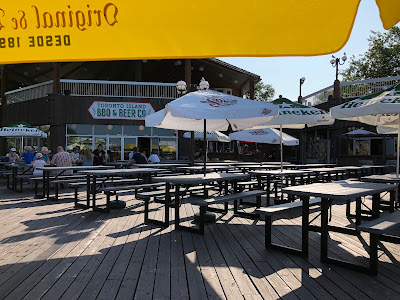 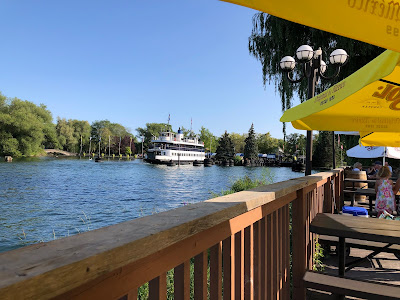 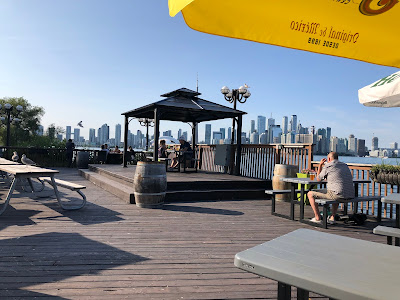 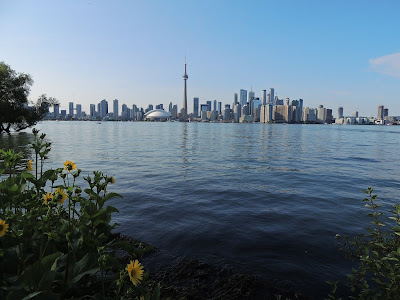 Since it has BBQ and beer in its name, I assumed it was a regular restaurant ... but it's not.  I found their business model annoying.  You have to go inside to order and pay for your food, which they bring to you.  Then you have to go to a hut on the patio to order and pay for your drinks.  Figuring the food would take a while, I ordered it first.  There was a long wait at the order counter and I ordered a hamburger and fries.  Then I went to get my condiments, napkins, utensils, etc. and the mustard and relish containers in both stations were empty.  I started to get a bit frustrated.  I took my ketchup, napkins, etc. to our table and realized I had forgotten my number indicator (so they would know where I was) so I went back to get it and the server was coming out from the kitchen with food.  I asked her if it was mine and sure enough, it was ... it was a very quick turnaround.  I took it to our table.  Keep in mind that I still don't have a drink.  By this time, Gord is finished his burger and fries.  I then went to get a drink and there was another line-up (plus the bartender was in the process of cutting a couple people off and kicking them out).

FINALLY I've got a drink and started eating.  The burger was surprisingly pretty good, as were the fries.  The hamburger patty seemed like it was "homemade" and the bun was soft.  I'd get this again. 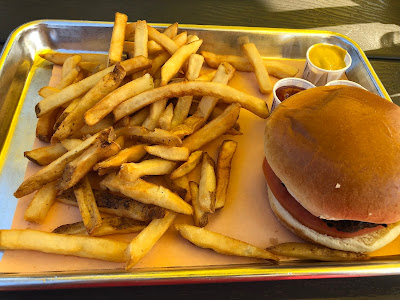 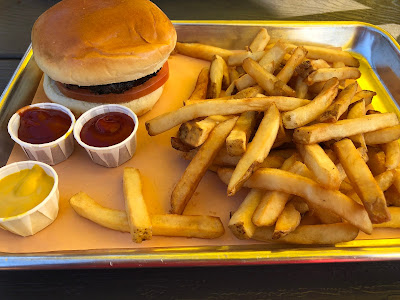 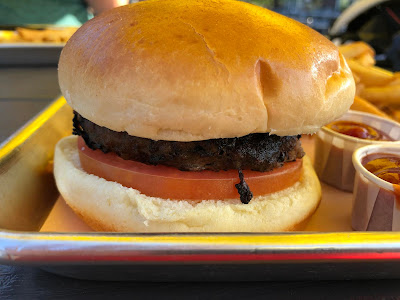 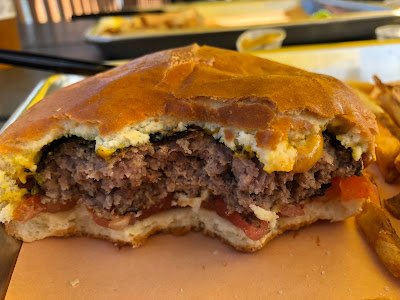 We didn't finish our fries and I moved out trays to another table as no one came to remove them.  The ever-present seagulls swooped in in seconds and it was a crazy feeding frenzy! 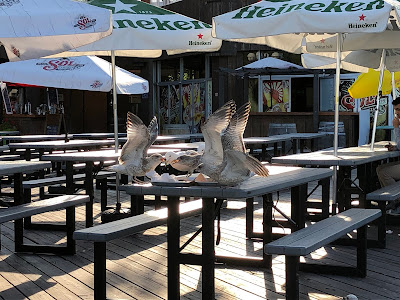 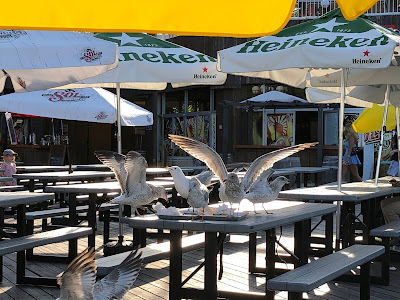 Two picnic tables over there were two moms who were drinking beer and had three young rambunctious kids who were out of control.  The moms allowed the kids to have the run of the patio ... screaming, running and fighting.  The moms ordered a plate of fries ... then left to have a smoke (no smoking allowed on the patio).  The kids started running around again, leaving the fries alone.  Needless to say, it took about three seconds for the seagulls to realize this and they swooped in.  The oldest kid (he was about six) saw what was happening and ran back screaming and crying.  Gord and I found this all funny and couldn't help but laugh as they deserved it for being such an annoying family.  The restaurant replaced their fries for free (!!) ... and guess what!?  The same thing happened a few minutes later ... moms went smoking ... kids ran around ... seagulls swooped in ... kid ran back screaming and crying.  Again, we laughed!  The restaurant again replaced the fries (!!??) but this time the family stayed put and ate them.  Then the moms abruptly decided they were going to leave and catch the ferry that was coming in.  One mom walked out with her beer in her plastic cup (not even trying to hide it) and the other poured hers into a refillable water bottle and off they went ... and no one stopped them.

Once the drunk moms and their brats left, it was an enjoyable patio to chill out on.  Surprisingly, though, it closed just as we were leaving at 8pm.

By Teena in Toronto at 8:00 pm
Email ThisBlogThis!Share to TwitterShare to FacebookShare to Pinterest
Label(s): Toronto Island BBQ and Beer Co. Toronto ON