Ghosts & Grenadiers - Tales of the Howards in High Park, Toronto, ON

This evening Gord and I attended Ghosts & Grenadiers - Tales of the Howards in High Park, an event offered by Colborne Lodge and Toronto's Historic Sites (operated by the City of Toronto) in High Park.

Come on a twilight walk and hear some little-known stories of High Park. Costumed staff guide visitors through the south end of the park pointing out natural features and sharing offbeat stories like the escape of the capybaras from the High Park Zoo and a strange dark figure who lurks by the High Park gates. Learn about the natural features of the park and how they've changed over thousands of years.The tour concludes with behind-the-scenes ghost stories and a Victorian fruit drink inside Colborne Lodge.

John George Howard was an architect, engineer, and prominent Toronto citizen originally from England.  In 1836, he purchased 160 acres to the west of Toronto and built his country cottage, Colborne Lodge, and eventually moved there permanently.  In 1873, Howard bequeathed the property to the City of Toronto as an urban park.  There were several conditions including that he and his wife, Jemima, could continue to live at their residence, no alcohol ever be served in the park (still true to this day) and that the city hold the park "for the free use, benefit and enjoyment of the Citizens of Toronto for ever and to be called and designated at all times thereafter High Park".  Eventually more land was purchased by the City to be added to High Park (it's now 398 acres).

We started across from Grenadier Cafe.  Our hosts were Kaitlyn and Alice, who told stories about the Howards and High Park as we headed down the paths to Grenadier Pond. 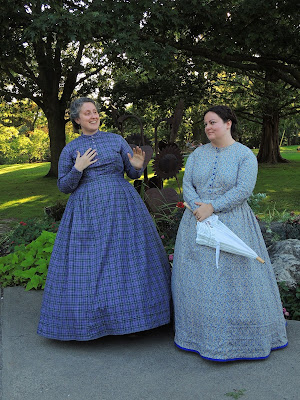 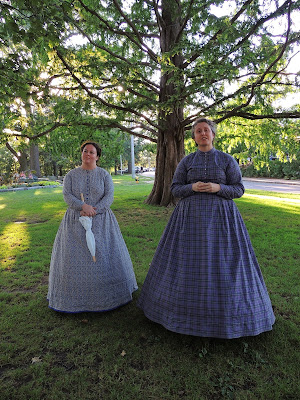 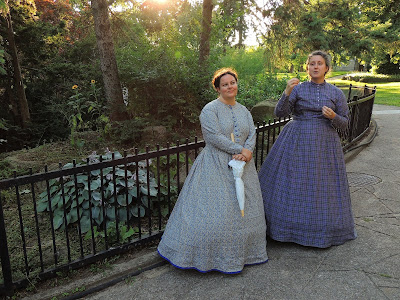 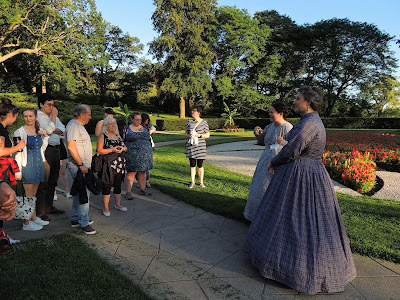 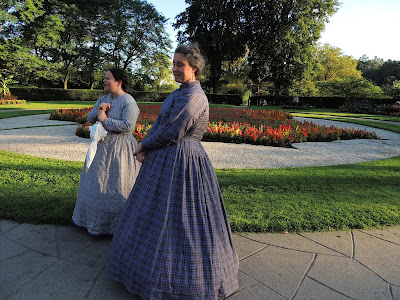 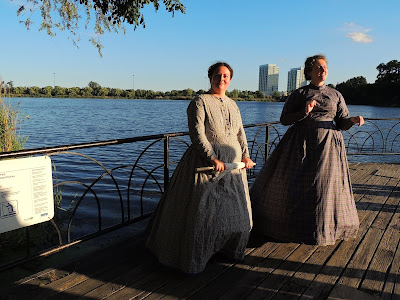 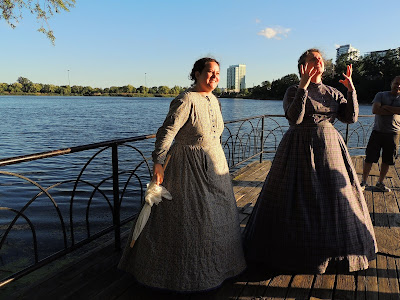 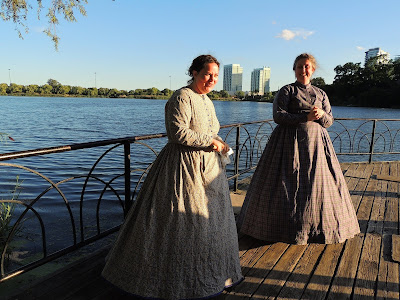 The Howards are buried in High Park, under a stone monument that is fronted by a portion of ornate fencing from St. Paul's Cathedral in London, England, across the street from Colborne Lodge. 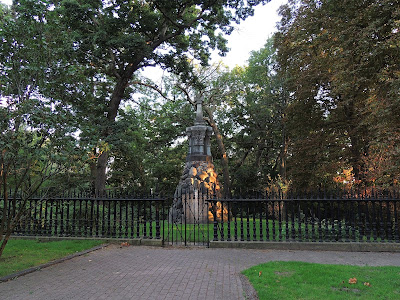 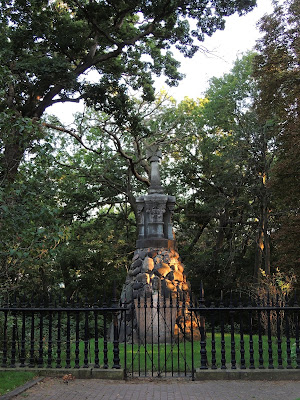 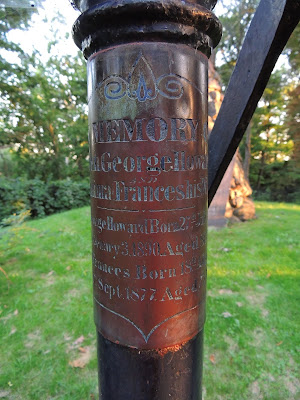 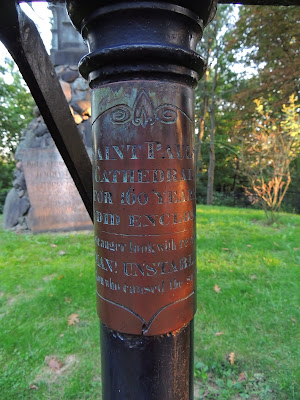 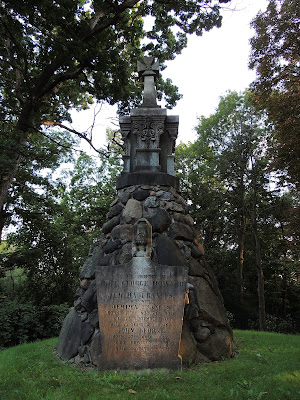 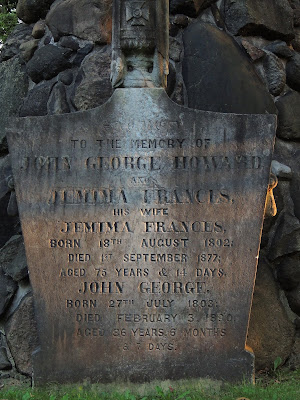 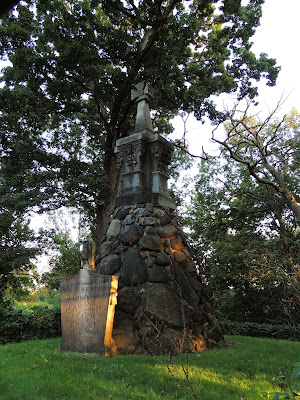 The final stop was Colborne Lodge.  It was originally one storey with four rooms but Howard later expanded it by adding the upper level. They continued to live in their home until their deaths. The home is now a museum run by the City of Toronto. It displays the house and furnishings of the 1800s, using much of the Howards' own furnishings and Howard artworks. 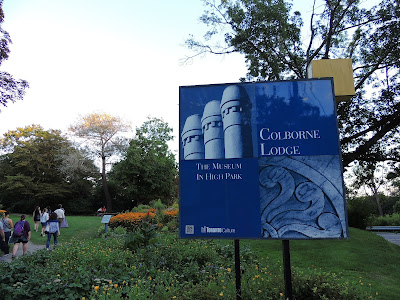 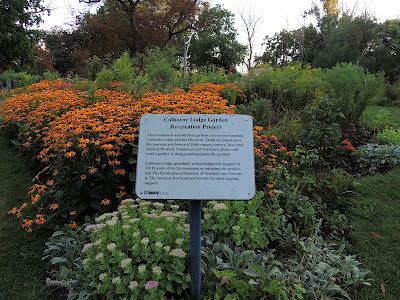 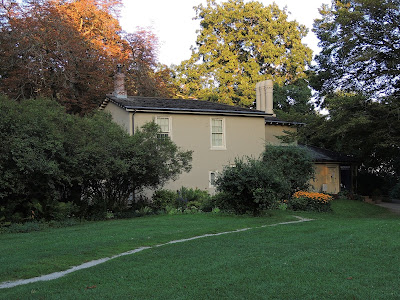 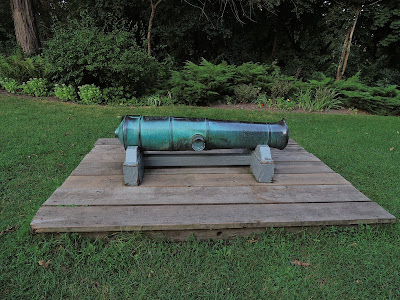 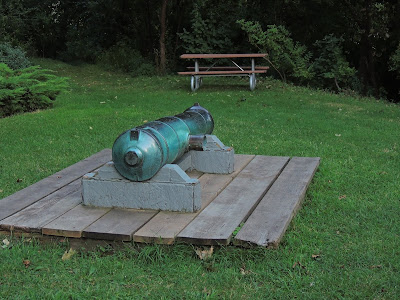 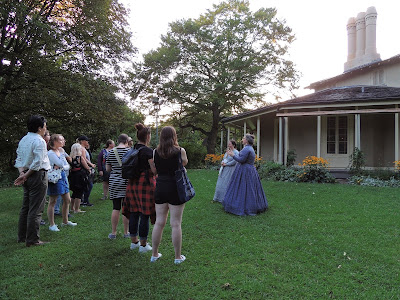 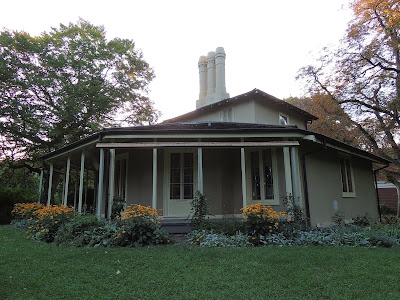 It was a fun and interesting event and well worth checking out. 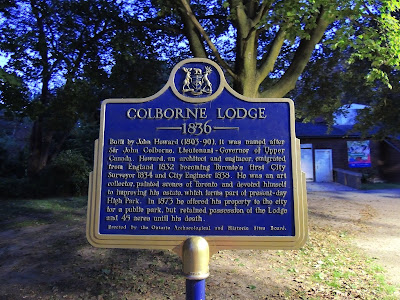 Thanks, Kaitlyn and Alice!
By Teena in Toronto at 8:30 pm
Email ThisBlogThis!Share to TwitterShare to FacebookShare to Pinterest