After the Toronto Wolfpack game, Gord and I had supper at 3 Brewers in Liberty Village. 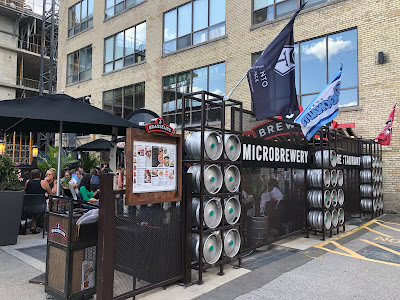 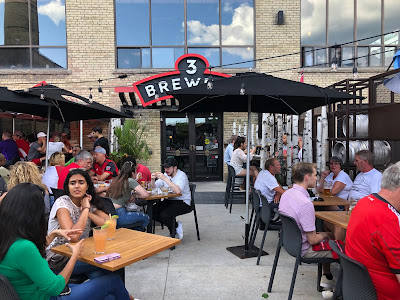 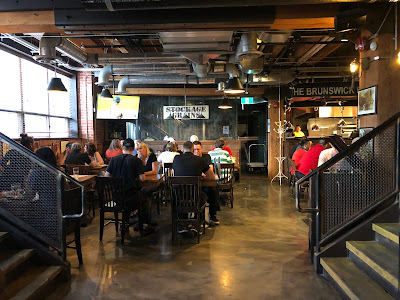 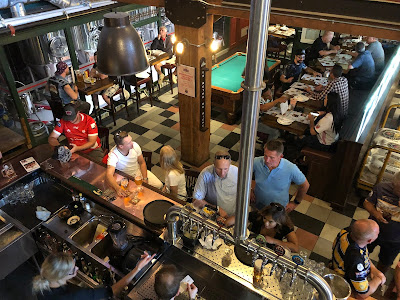 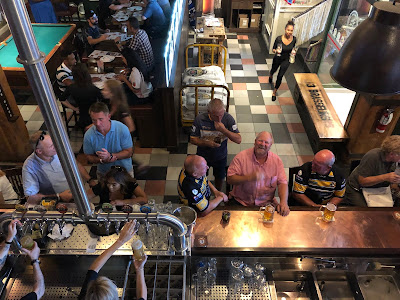 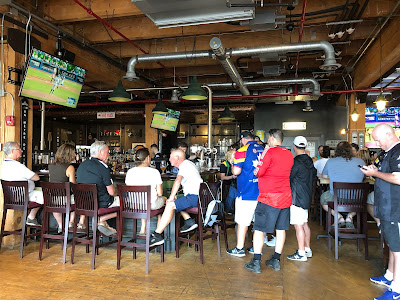 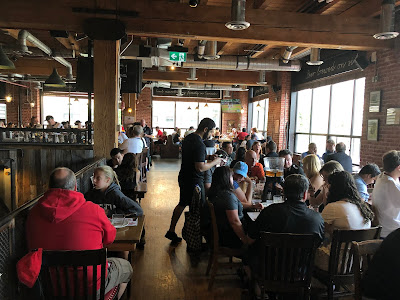 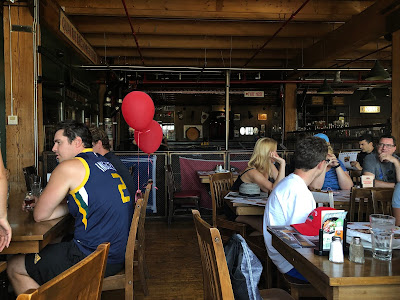 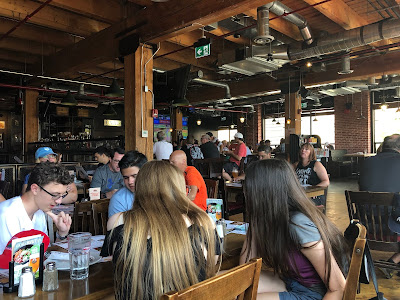 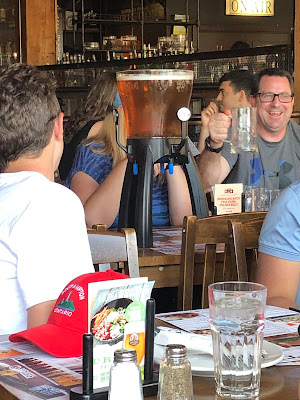 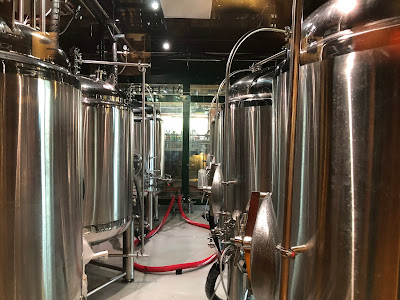 Gord ordered a Lilloise Flammekueche.  He's had it before and said it was good. 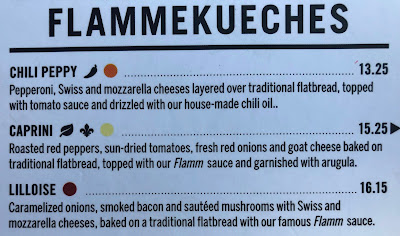 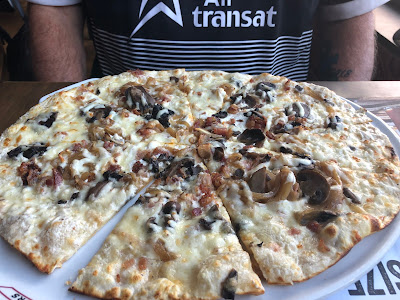 I ordered the Traditional Burger (without lettuce or onions).  It was a good burger and the fries were tasty too. 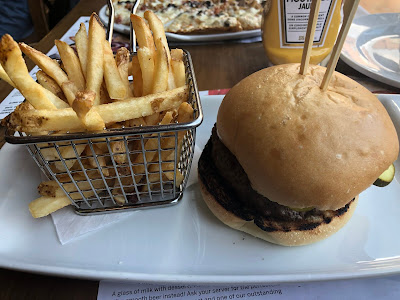 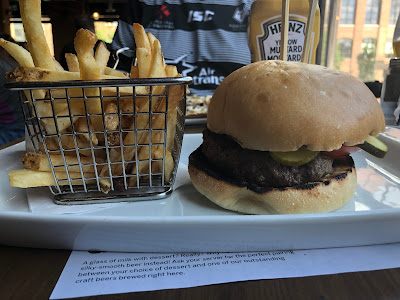 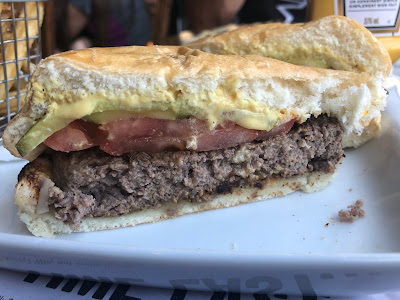 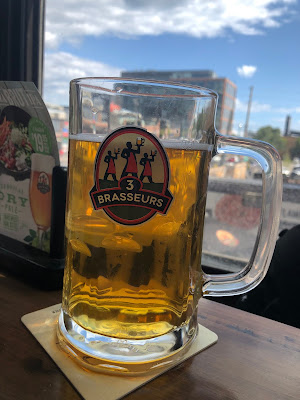 It took a while for our food to come ... not surprising considering the Wolfpack game was over, and there was a Toronto FC game and an Iron Maiden concert starting up in a couple hours not too far away.  There were line-ups at the restaurants. 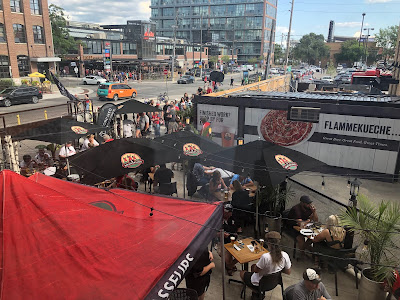 By Teena in Toronto at 6:00 pm
Email ThisBlogThis!Share to TwitterShare to FacebookShare to Pinterest
Label(s): 3 Brewers Restaurant Micro-Brewery Toronto ON (Liberty Village)