Book ~ "Incredibull Stella: How the Love of a Pit Bull Rescued a Family" (2019) Marika Meeks and Elizabeth Ridley

From Goodreads ~ While recovering from a serious illness, Marika Meeks adopted an abandoned pit bull puppy and named her Stella. Together, they healed each other ...

Marika Meeks fell in love with Stella the moment she saw her. The adorable pit bull puppy had been abandoned in a cold field in winter - but her warm, friendly eyes and boundless affection could melt anyone's heart. Even so, Marika wasn't sure she was ready to adopt a dog. As a busy entrepreneur, wife and mother of two daughters, Marika's life was crazy already. She was recovering from Stage 3 breast cancer, and her family was still reeling from her brush with mortality. But Marika couldn't deny the way Stella made her feel - the pure joy of this sweet-natured dog's unconditional love - and she knew in her heart what her family needed.

In a leap of faith, the Meekses welcomed Stella into their home, and thanks to this incredible dog, the daily pressures of work, stress, and Marika's health problems seemed to slip away. As Marika's cancer receded and her family found renewed vitality, she began sharing Stella's story with the world. Now an international social media star, Stella helps Marika to spread their heartfelt message of advocating for pit bull breed awareness, explaining the benefits of pet ownership, and supporting shelters and other organizations that save animals' lives.

I love reading books about animals and how could I resist the picture of Stella on the cover of this book?!

Marika was a mother, wife and owner of some restaurants in Indiana.  She discovered she had breast cancer when she was in her forties and got treatment for it.  She was considered cancer-free but still carried the emotional baggage regarding her mortality along with the insecurities of her childhood.  Though Brian, her second husband, had made it clear when they got married a couple years ago that he didn't want to ever have a dog, she suddenly yearned to have one.

Marika found Stella, a pit bull puppy, a couple years later in 2016 and was drawn to her.  Brian wanted her to be happy and stressfree and the family adopted Stella.  Despite the reputation that pit bulls have, Stella is a sweet and caring dog.  Marika realized how much calmer and less anxious she is when she is with Stella and had her certified as an emotional support animal.

In an attempt to "give back", Marika and her family start fostering pit bulls.  Marika also wants to raise awareness that pit bulls don't deserve their reputation and to encourage others to adopt rescue animals.

I liked this book and the writing style.  I thought it was interesting and found there was a good balance between Marika's story, Stella's story, the positive awareness of pit bulls and encouraging the adoption of rescue animals (I volunteer with a cat rescue).

Here are some pictures from her book ... look at that face!! 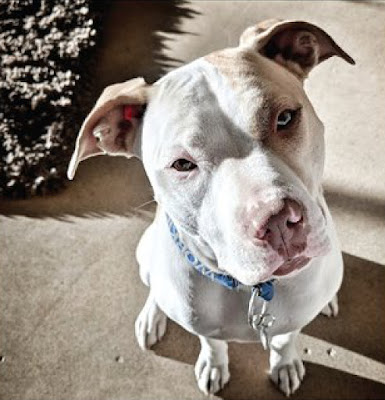 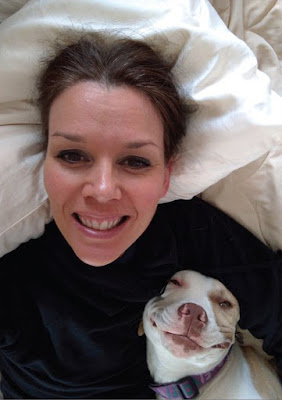 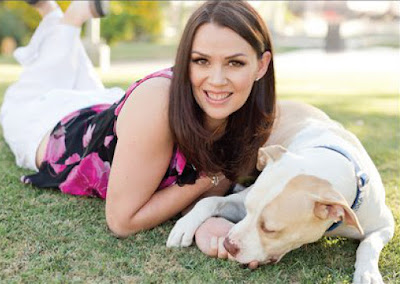 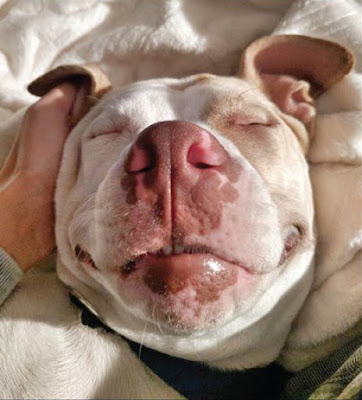