I wasn't sure what I felt like for supper so walked along Queen Street W in Parkdale, waiting for a restaurant to catch my eye.  I ended up having supper at Food & Liquor.  I've never been there before but apparently it's been there for about six years. 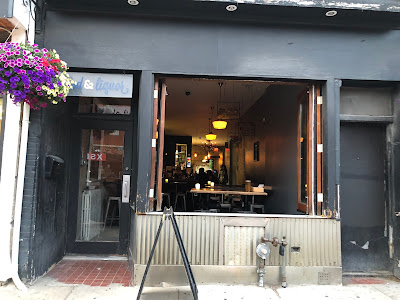 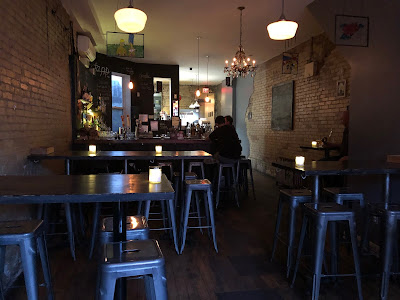 I sat at the table by the window. 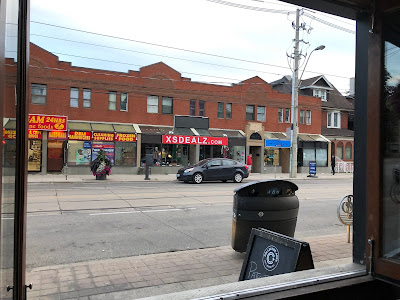 Jessie, the bartender, recommended the Double Smoked Bacon, egg, corn & cheese fried rice.  Yes, it sounds weird and it was.  But it was good and hearty.  I found it a bit too salty, though.  Next time I'd get it with chicken rather than the bacon (I'm assuming that's where the salt came from). 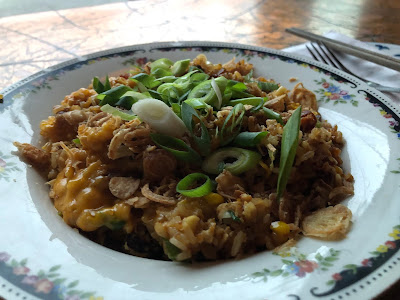 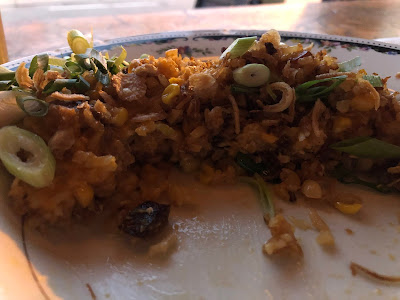 Jessie was friendly and chatty and took good care of me.

By Teena in Toronto at 8:00 pm
Email ThisBlogThis!Share to TwitterShare to FacebookShare to Pinterest
Label(s): Food & Liquor Toronto ON