I had lunch today at Super Donair. 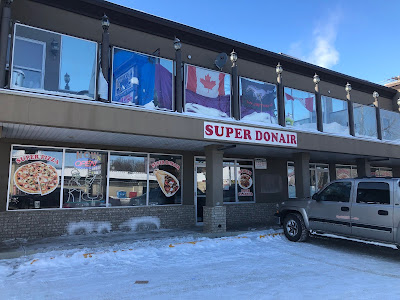 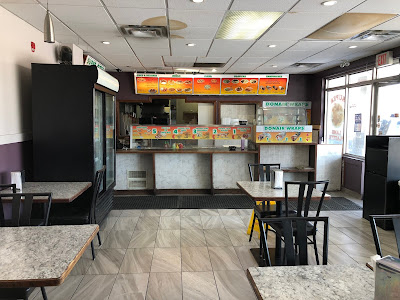 I ordered a large beef donair with donair sauce and tomatoes.

Donairs are a big thing back home in Nova Scotia so whenever I come across them on my travels, I try them. Size-wise my large donair was a great deal at $10.  Despite the name of the restaurant, this was not a super donair.  The meat was fried to be heated and there was some charred bits.  The meat was a bit too peppery.  The donair sauce is one of the best parts of a donair and this wasn't sweet enough.  I ate about half of it because I was hungry and discarded the rest. 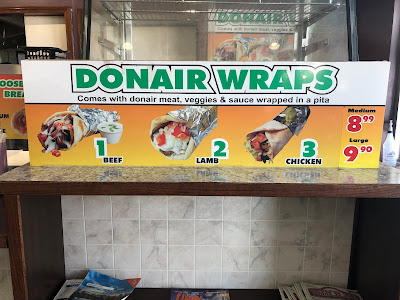 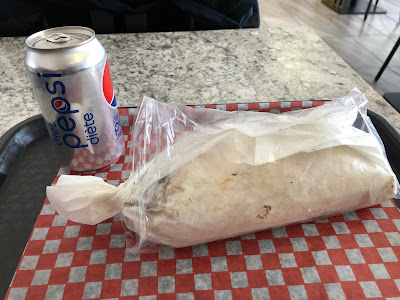 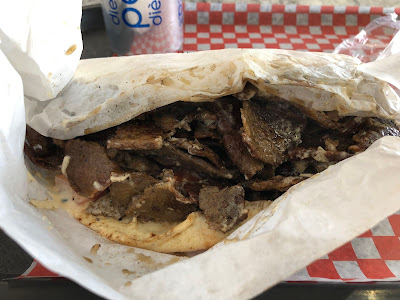 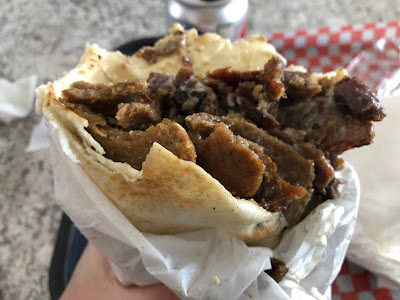 By Teena in Toronto at 2:00 pm
Email ThisBlogThis!Share to TwitterShare to FacebookShare to Pinterest
Label(s): Super Donair Saskatooon SK