The Toronto Wolfpack RLFC is a Canadian professional rugby league club, based in here Toronto, which competes in the British Rugby Football League system.  The club is noted as being the first North American team to play in the Rugby Football League system, the first fully professional rugby league team in Canada and the world's first transatlantic rugby league team.  Their home stadium is Lamport Stadium (aka "The Den"), which is just a couple blocks from where Gord and I live.  We are season ticket holders and we've renewed for 2019.  The first home game is in April.

3 Brewers is the official restaurant/bar of the Wolfpack in Toronto and there was an away game viewing party there to watch today's game against the Widnes Vikings.  According to Susan, our server, there were a couple hundred fans.  Impressive! 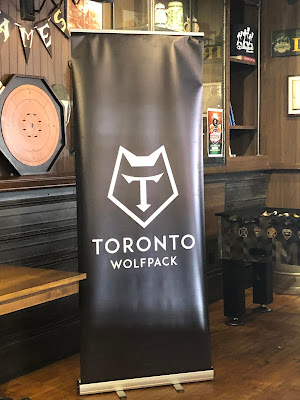 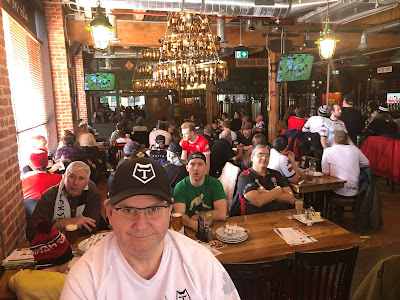 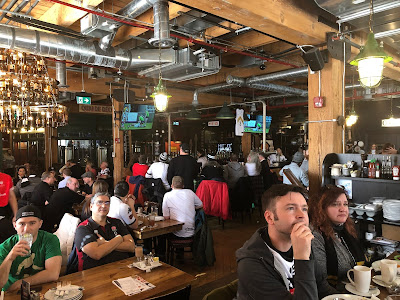 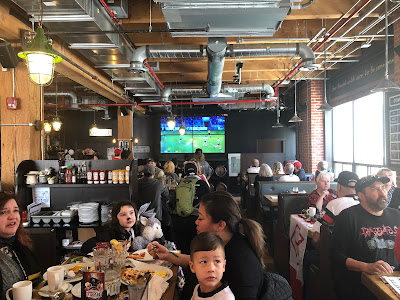 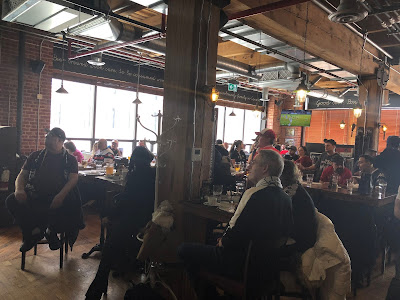 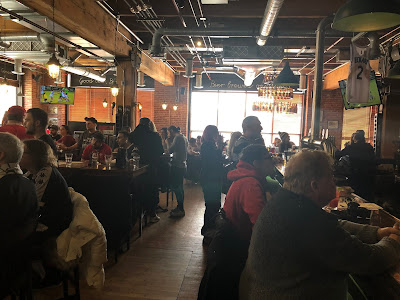 There was even a bagpiper! 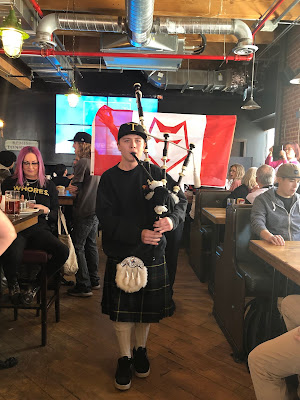 We had lunch while watching the game.  We both ordered wings.  Gord got his plain.  I had mine with medium sauce.  They were really good ... juicy with a bit of a bite of heat.  I also ordered a pretzel to nibble on during the game ... it was soft and warm.  Yum! 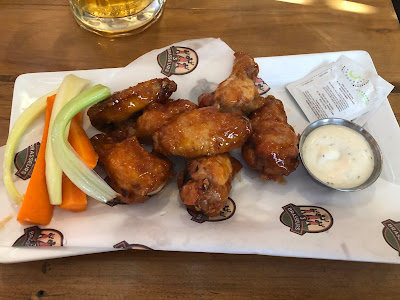 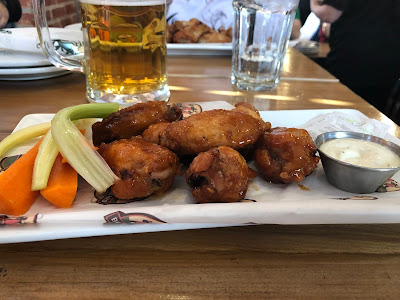 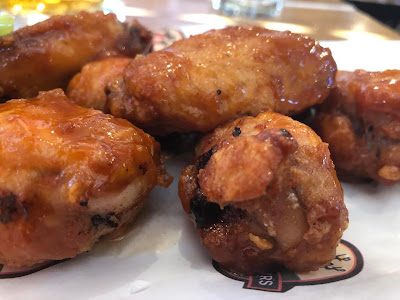 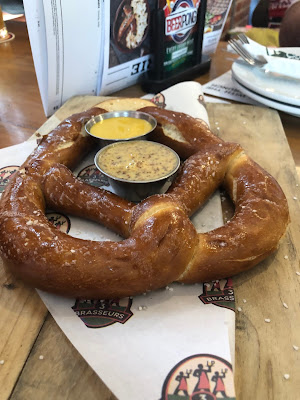 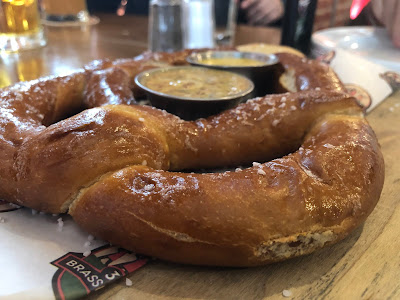 Despite the crowd, Susan was friendly and took good care of us.

The Wolfpack won 30 - 6!  Whoohoo!  It was fun to watch the game at the 3 Brewers with all the enthusiastic fans!

There was a contest to win a jersey ... you had to guess the final score.  I said 20 - 10 and alas didn't win.  Wolfpack co-owner David Argyle thanked everyone at the end of the game for coming.