This afternoon was the season AND home opener for the Toronto Blue Jays ... and Gord and I were there!  I went online as soon as tickets went on sale last month and got a couple.  Yay! 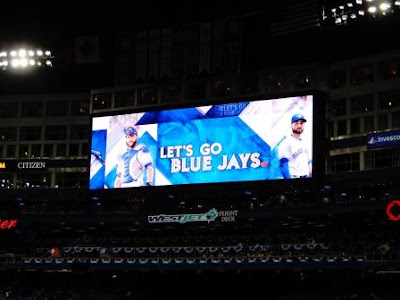 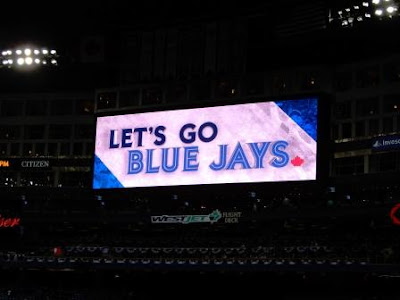 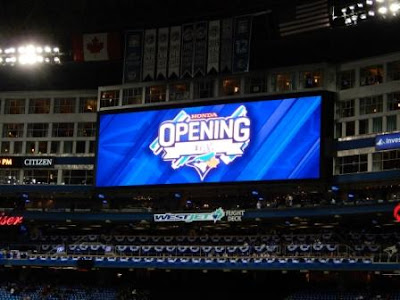 The New York Yankees are in town this weekend for four games. 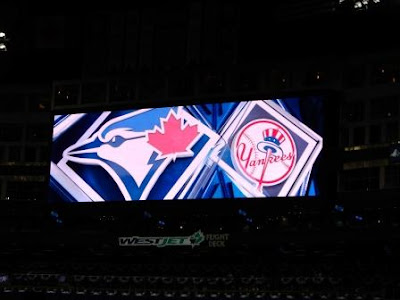 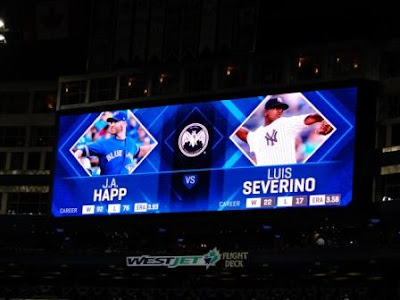 On the back of everyone's seat was a teeshirt ... sweet! 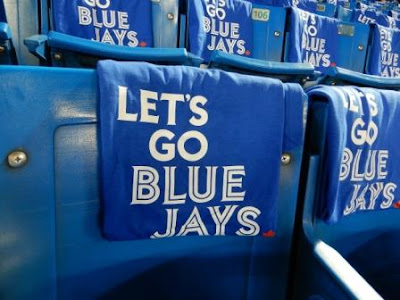 Before the game started, there was a ceremony honouring the late Roy Halladay.  He had been a Blue Jays pitcher from 1998 - 2009 and in December 2013, signed a ceremonial one-day contract with the Blue Jays and announced his retirement from baseball due to injury.  He passed away in an accident in November 2017.  His number (32) was retired today and the Blue Jays players will wear #32 on their uniforms this year. 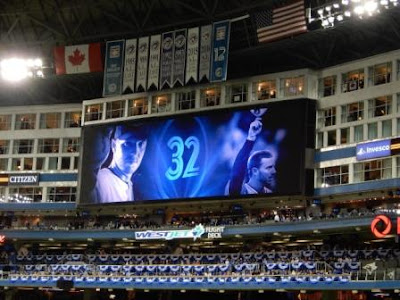 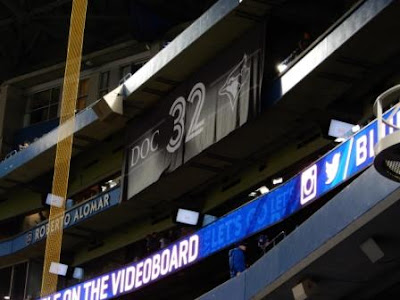 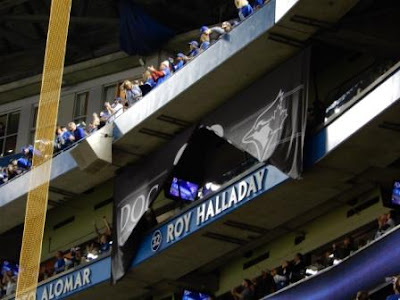 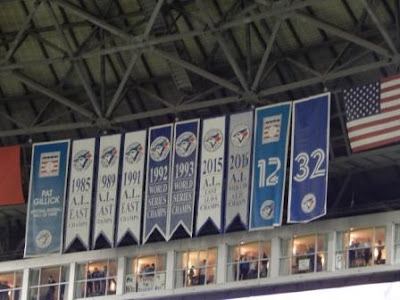 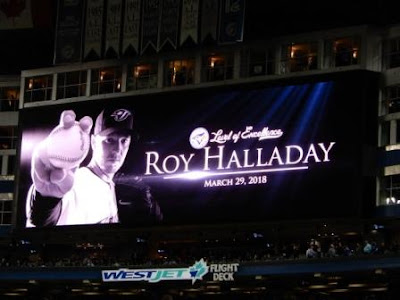 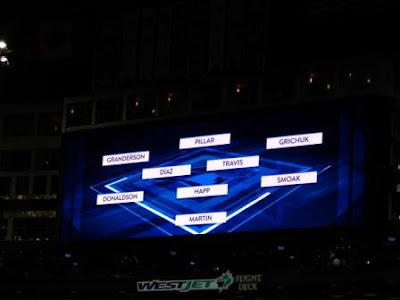 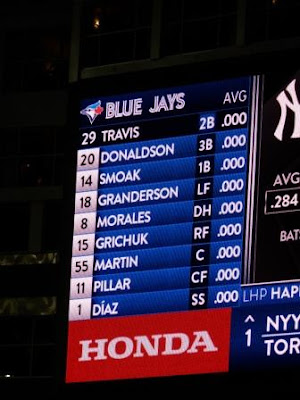 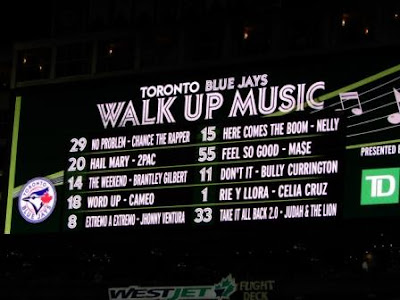 Here are me and Gord in our Jays gear ... 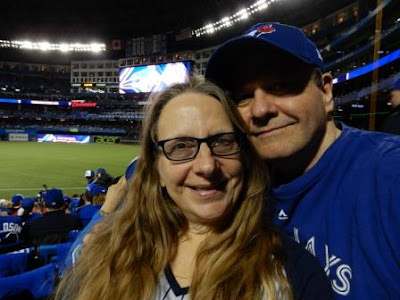 It was time for the national anthems. 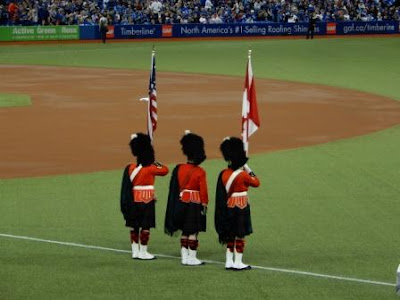 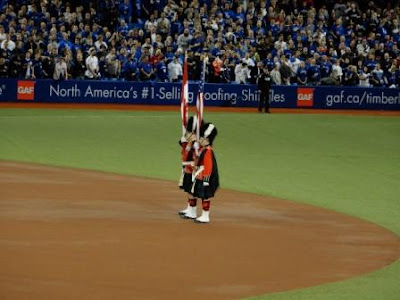 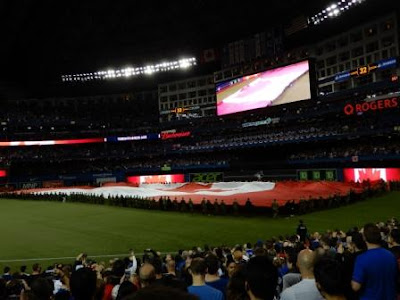 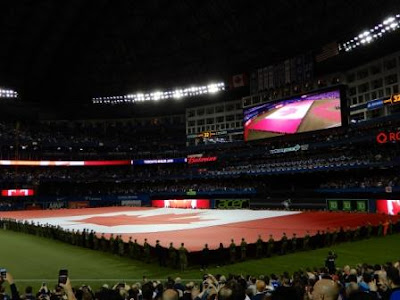 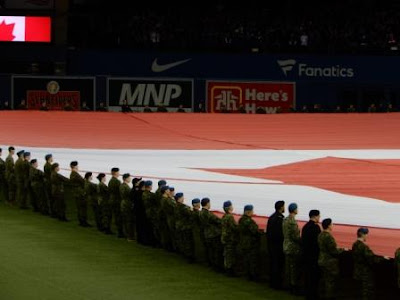 J.A. Happ was the Blue Jays' starting pitcher and the game began ... 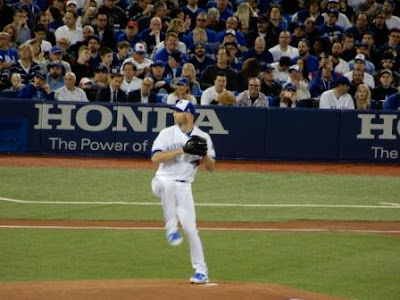 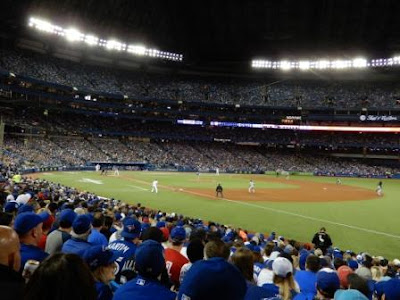 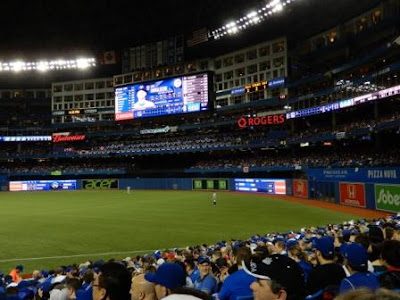 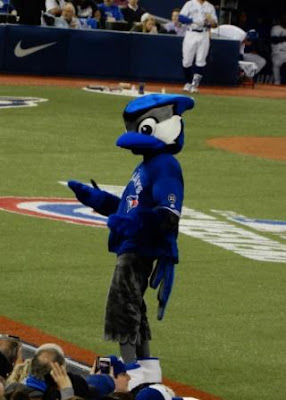 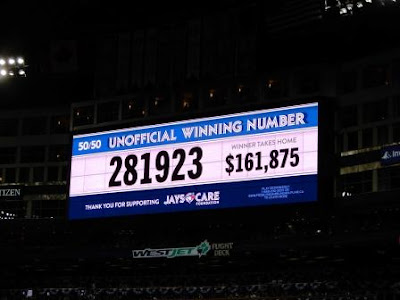 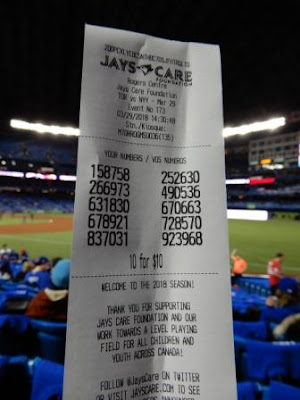 The Blue Jays lost 6 - 1.  There are still three more games this weekend (Gord and I will be at Saturday's game) and hopefully this is their only loss. 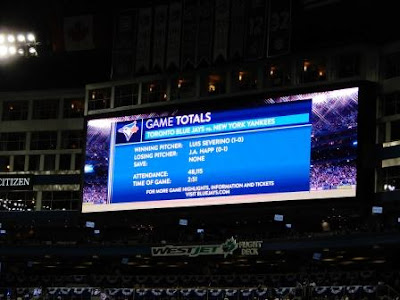 By Teena in Toronto at 7:00 pm
Email ThisBlogThis!Share to TwitterShare to FacebookShare to Pinterest
Label(s): Toronto Blue Jays

Looks like you kicked off the long weekend in style. Enjoy the holiday.