Mont-Blanc was a freighter built in England in 1899.  On December 6, 1917, she entered Halifax Harbour with a full cargo of highly volatile explosives.  As she made her way through the Narrows towards Bedford Basin, she was involved in a collision with Imo, a Norwegian ship.  A fire aboard ignited her cargo.

Mont-Blanc was completely blown to pieces and the remains of her hull were launched nearly 1,000 feet into the air, landing all over Halifax and Dartmouth, some traveling over four kilometres, killing approximately 2,000 people.  Her anchor shank which landed 3.2 kilometres (2 miles) south near Anchor Drive/Spinnaker Drive and is mounted where it landed as a monument to the explosion. 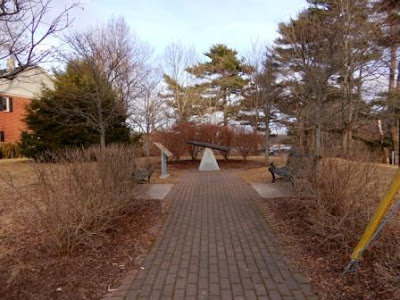 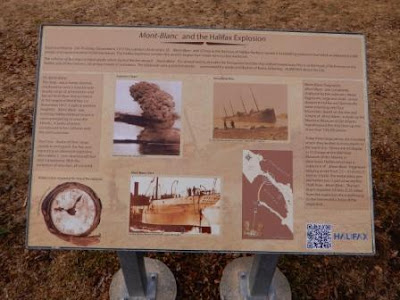 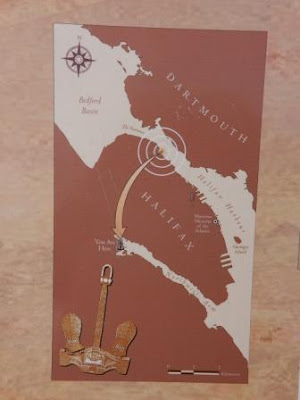 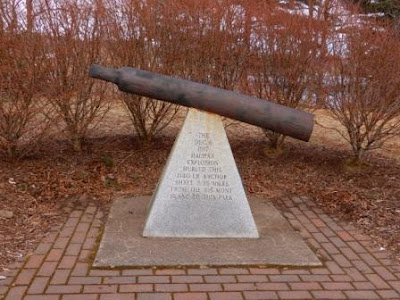 By Teena in Toronto at 3:00 pm
Email ThisBlogThis!Share to TwitterShare to FacebookShare to Pinterest

Looks like you are keeping very busy. Happy Holidays.