Every time I go by Bang Bang (on Ossington Avenue, north of Queen Street W), there is a huge line-up.  The only time there isn't a line-up is when it's closed.  When I walked by today, there was no line-up and it was open so I HAD to stop in. 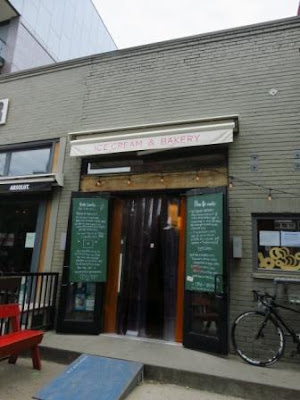 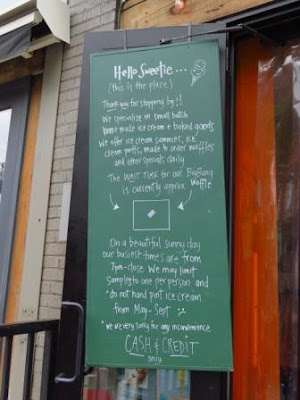 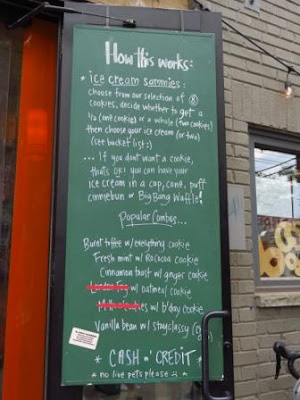 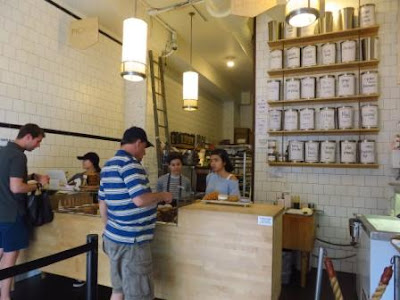 Here are the flavours of ice cream ... 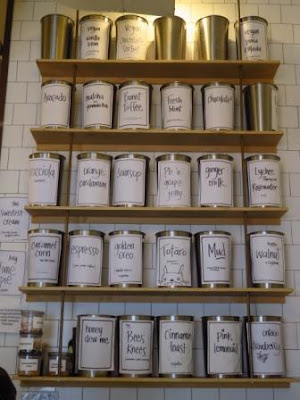 I got a double scoop of Fresh Mint, which had chunks and slivers of chocolate.  It was creamy and yummy! 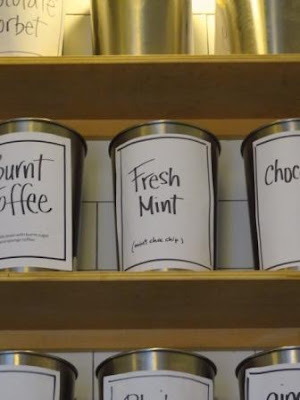 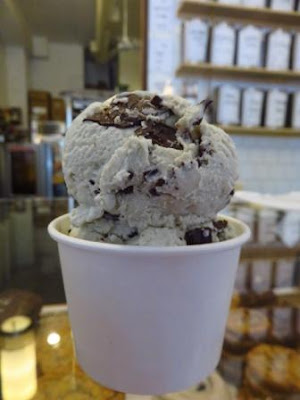 When I walked in, the first thing that hit me was the smell of cinnamon.  Yum!  When I asked, I was told it was their Cinnibuns.  Needless to say, two came home with me for Gord and I!  Usually they slice them in half and put ice cream in the middle. 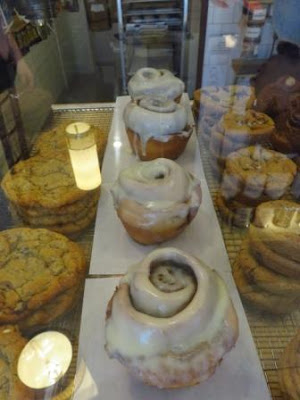 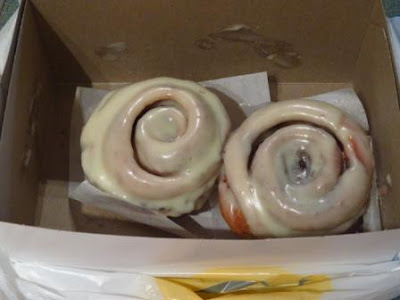 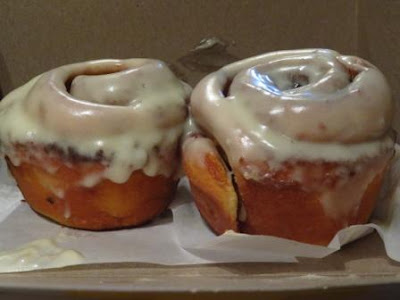 They were delicious!  The icing was nice and sweet and it was a soft cinnamon bun (rather than traditionally dense). 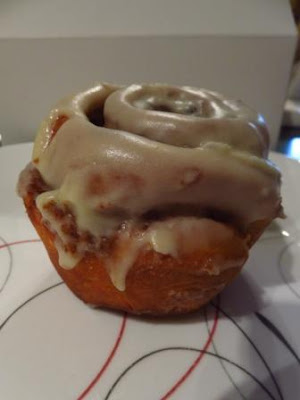 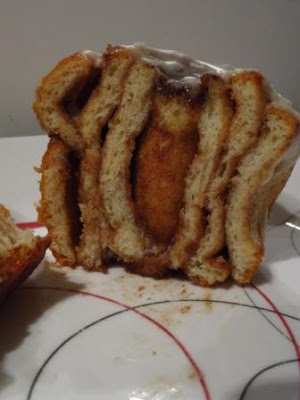 By Teena in Toronto at 4:30 pm
Email ThisBlogThis!Share to TwitterShare to FacebookShare to Pinterest
Label(s): Bang Bang Ice Cream and Bakery Toronto ON