I had lunch today at Raiders E-Sports Centre (on St. Clair Avenue W, just west of Yonge Street).  It's a restaurant/bar catering to e-sports connaisseurs.  I'm not into gaming but thought I'd check it out as it's a restaurant I haven't been to. 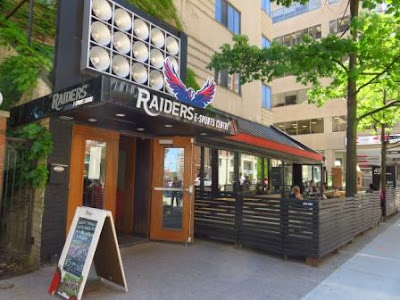 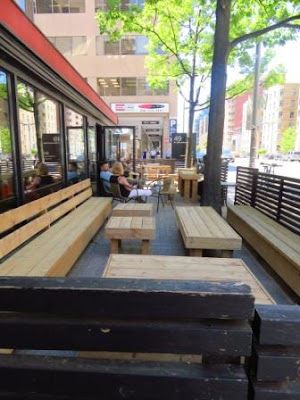 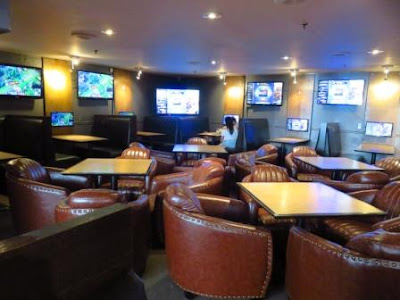 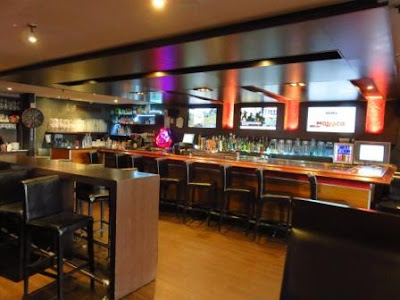 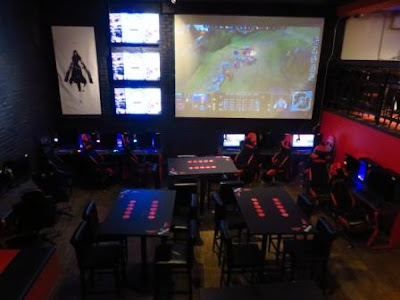 I ordered a Diet Coke.  It was basically brown-coloured water and no taste so I asked for a water instead.

I ordered a Chicken Club Sandwich.  I asked for mashed potatoes instead of French fries. 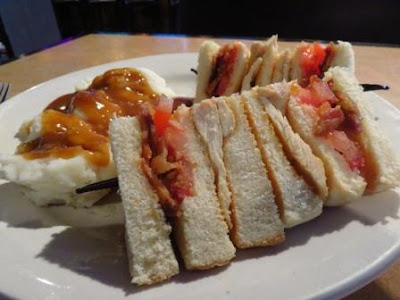 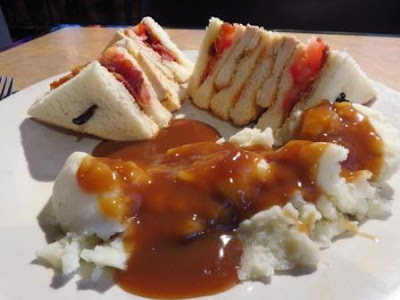 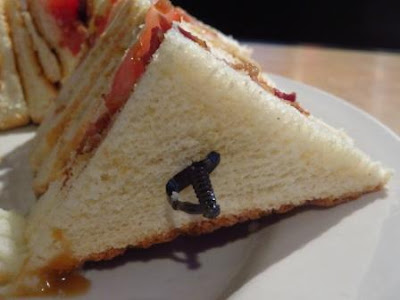 When my meal arrived, there were mashed potatoes but they were smothered in gravy (which I hadn't asked for).  The mashed potatoes were okay but cold and the gravy was lukewarm.  The bread on the sandwich was barely toasted and there was no mayo.  When I asked my server for a side of mayo and told her there was none on the sandwich, she seemed surprised that I want it.  She brought me a small container of mayo.  It looked and tasted funny so I used the excess gravy to make the sandwich less dry instead.  I also had to ask for pepper and salt (there were none on the tables).  When my bill came, I saw that I'd been charged $2 for swapping fries for mashed potatoes but I hadn't been told there'd be a surcharge ... the potatoes weren't worth the extra $2.

Though my server was pleasant, she seemed to be new, like it was her first day on the job.

By Teena in Toronto at 1:00 pm
Email ThisBlogThis!Share to TwitterShare to FacebookShare to Pinterest
Label(s): Raiders E-Sports Centre Toronto ON