From Goodreads ~ One day, Declan Lynch, a regular teenager, starts hearing a girl’s voice inside his head. Eventually, he even begins to see her. Though he’s not certain the girl, Rebecca, is real, Declan finds himself falling for her. She shows him visions of places and people he has never seen - places he feels compelled to find in hopes of meeting her.

His quest takes him to County Sligo, Ireland, and its “thin places,” spots where the earth and the spirit world seem almost to touch. His slightly crazy Uncle Seamus takes him in, as Declan’s search has him wondering which world he belongs in - his, or the one belonging to a girl who might not even be real.

Declan is sixteen, awkward and doesn't fit in at school.  His parents are originally from Ireland.  His father sees things in black 'n white and his mother is more open and spiritual.

One day Declan starts hearing the voice of Rebecca inside his head and when he closes his eyes, she is able to show him visions.  He is determined to find and meet her.  Once he realizes she is in Ireland, he convinces his parents to let him go there and stay with his Uncle Seamus.  What they don't know is that he intents to search for Rebecca. 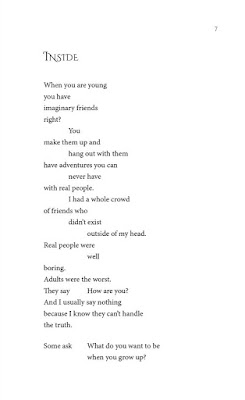 According to Rebecca, "thin places" are "where they say the spirit world and the physical world are close together.  Sacred places and ancient burial sites."

I don't usually read books like this but I'd read and enjoyed a book by this author years ago.  Plus he's a Canadian from Nova Scotia (like me).

It took me a while to get used to the writing style but once I caught the rhythm, it was fine.

It was an interesting story and it was fun to step out of my comfort zone.  It's not a deep story and is a quick read.  You'll especially like it if you enjoy reading stories about selkies, mystical Ireland, etc.
By Teena in Toronto at 10:30 pm
Email ThisBlogThis!Share to TwitterShare to FacebookShare to Pinterest
Label(s): Books, Books - 2017, Canadian, Canadian 2017, Lesley Choyce, Published 2017