I had an enrolment seminar to conduct this afternoon in Richer, which is about 45km SE of Winnipeg.

There are only a couple restaurants in Richer.  I had lunch at Lagimodière Restaurant, which is part of the Richer Motor Inn Hotel (the restaurant is on the right and the Cat Sass Tavern is on the left). 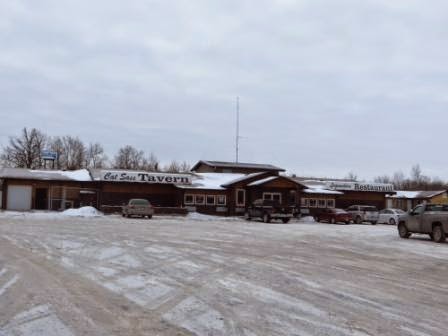 It's not a big restaurant ... there were ladies from the Red Hat Society having lunch plus three other tables of people when I was there. 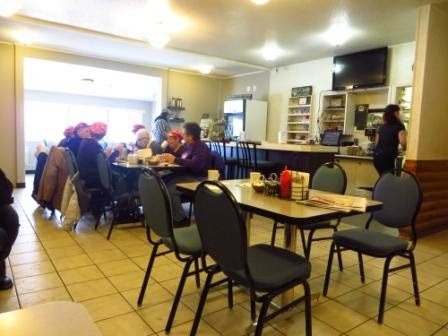 I ordered the Lagimodière burger, fries and gravy.  I replaced the processed cheese with mozzarella cheese. 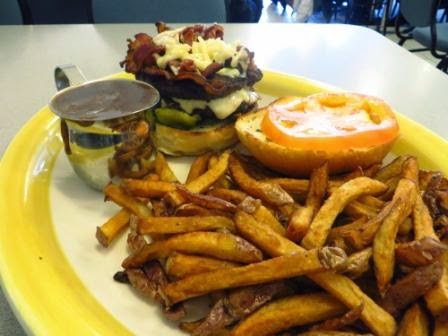 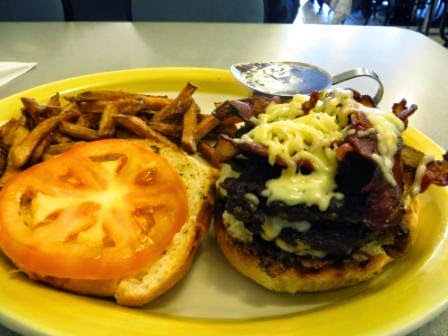 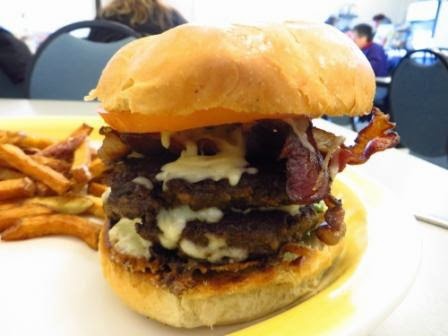 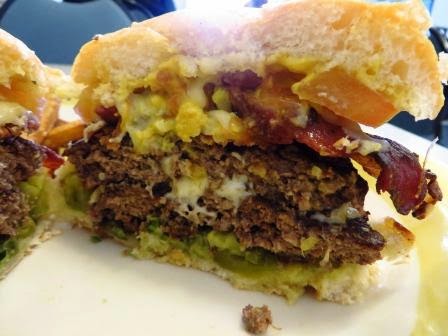 It was a hearty burger with two patties.  The patties, though tasty, were fried a bit too much (the meat was a bit dry and the outside done too much) but it was made with real burger which was a nice change.  The fries were good as was the gravy.
By Teena in Toronto at 12:00 pm
Email ThisBlogThis!Share to TwitterShare to FacebookShare to Pinterest
Label(s): Lagimodière Restaurant Richer MB

That burger looks amazing, but gravy with fries? EW!