Gord and I were invited to the season four launch party of the Food Network Canada's show, You Gotta Eat Here which is hosted by John Catucci.

It was held at Pizzeria Via Mercanti (on Elm Street just east of University), which opened in November 2013. 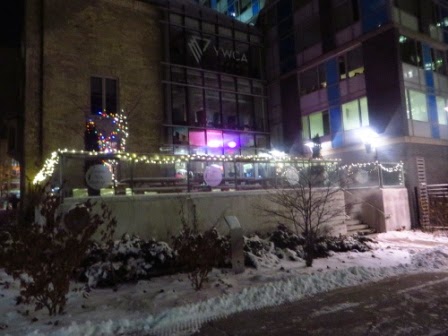 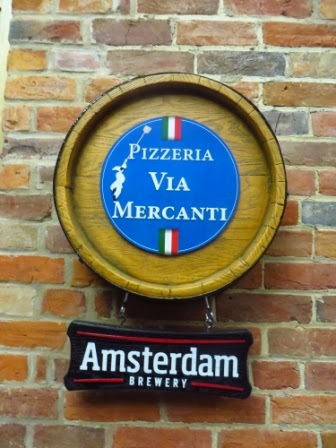 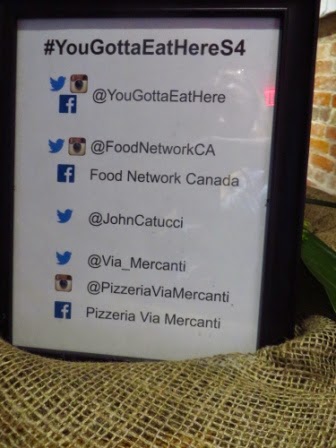 There was a photographer taking pictures of everyone against a promotional backdrop when they arrived. 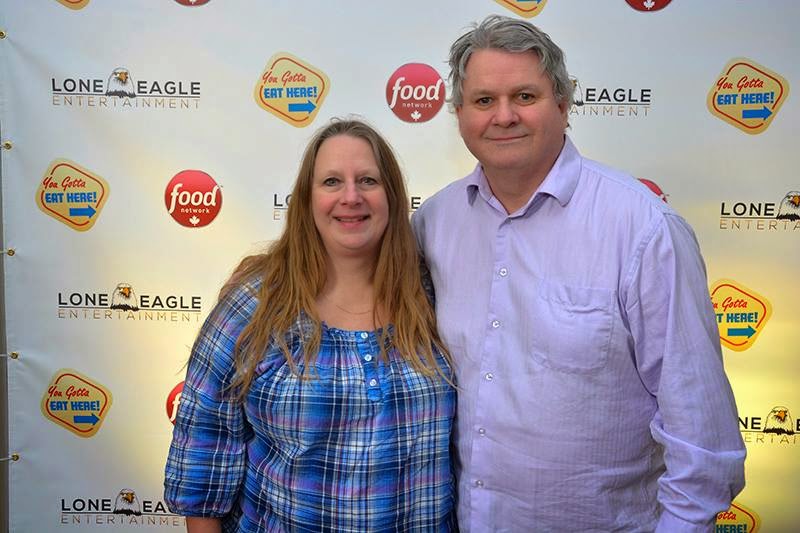 Plus we got our picture taken with John Catucci and had a nice chat with him.  I told him I'd had the Ringer Burger at the Coastal Waters Restaurant & Pub in Ingonish, NS, in 2011 because of him ... he had spotlighted it on his show. 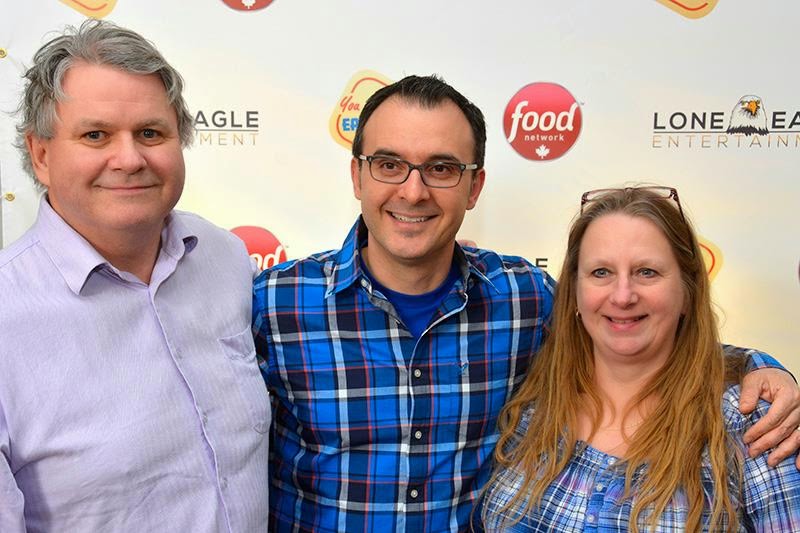 There was a lot of food ... with plates on serving stations plus servers coming around with more dishes.  Everything was delicious! 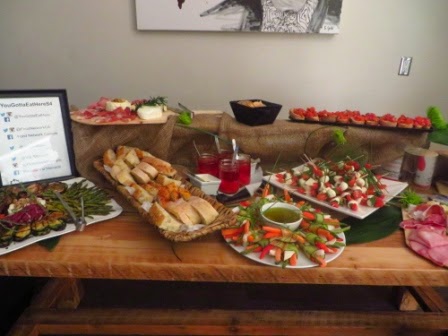 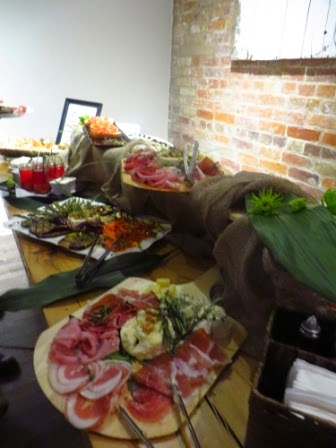 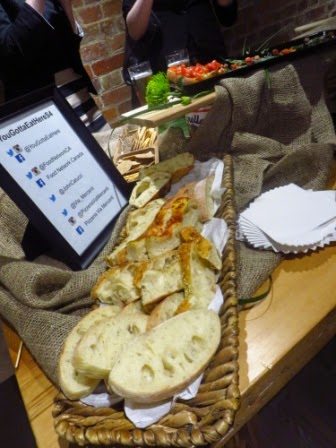 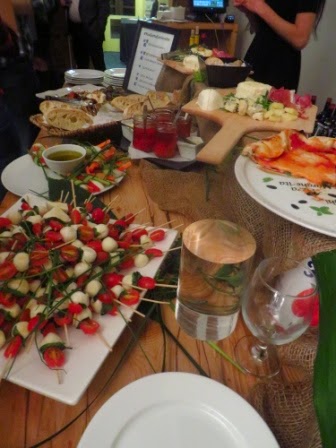 There was a DJ spinning good tunes all night. 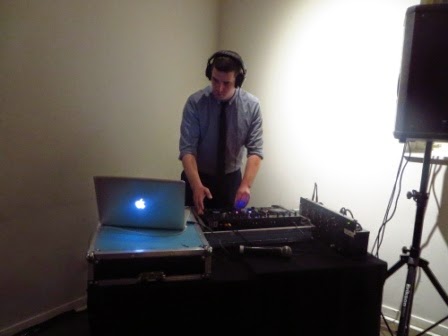 We got there about 8pm and it was fairly quiet ... but it quickly got jammed and everyone seemed to be having a fun time. 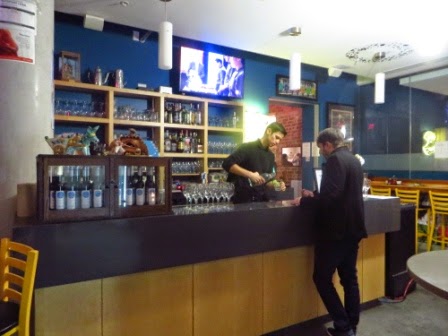 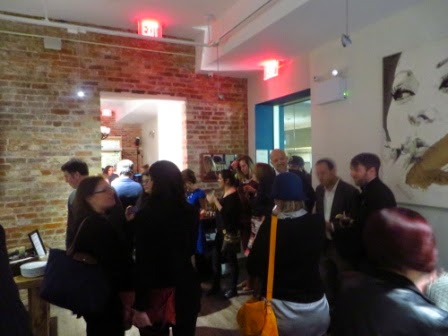 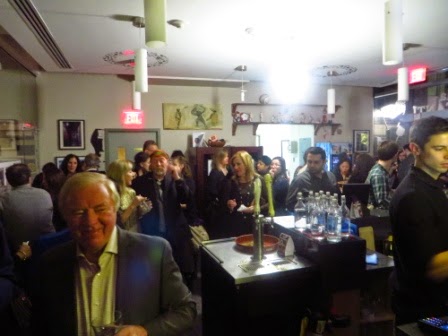 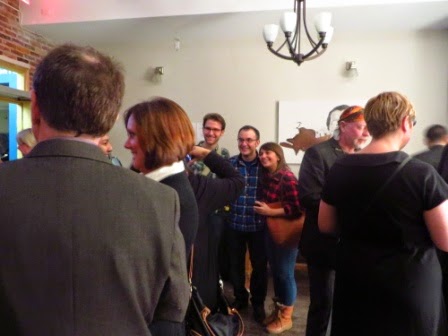 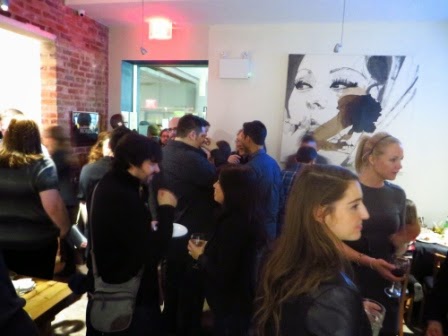 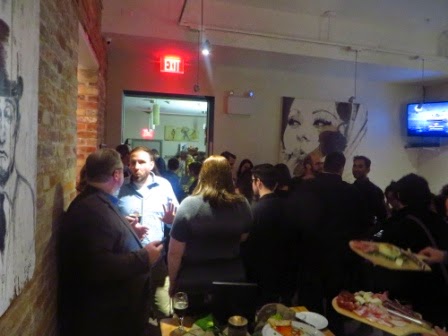 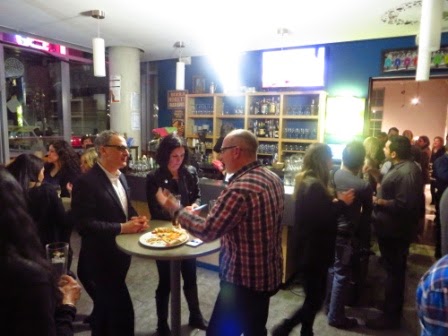 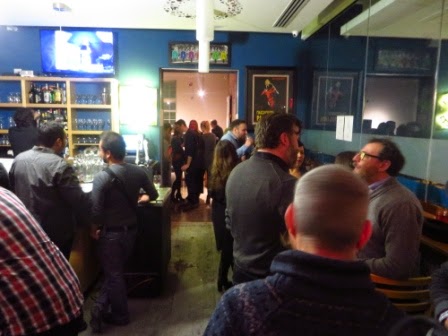 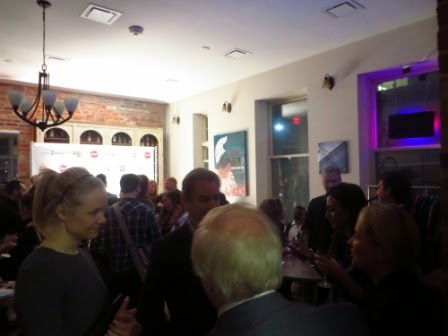 Michael Geddes, President & CEO, Executive Producer, of Lone Eagle Entertainment gave a speech describing what goes into making the series (26 shows takes 10 months!).  He also announced that the show has been renewed for a fifth season ... congrats! 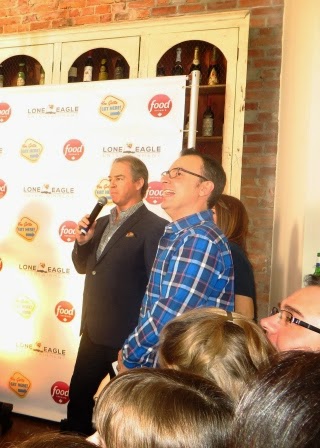 Then John thanked everyone for coming and thanked his family for their support. 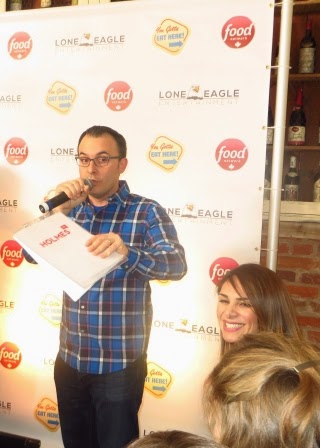 At 9pm, the first show of the fourth season started ... and the first segment was a spotlight on Pizzeria Via Mercanti! 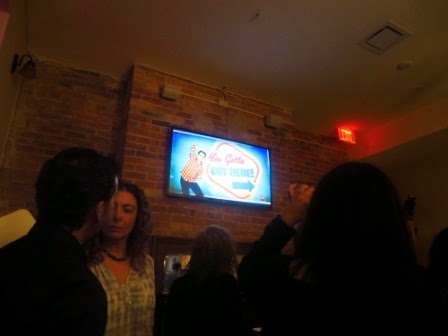 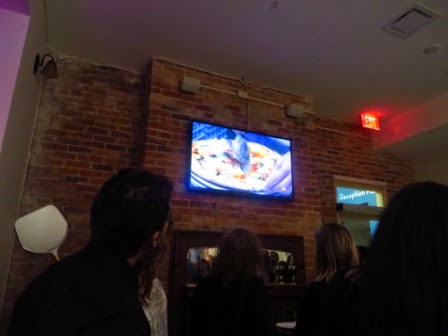 By Teena in Toronto at 10:30 pm
Email ThisBlogThis!Share to TwitterShare to FacebookShare to Pinterest