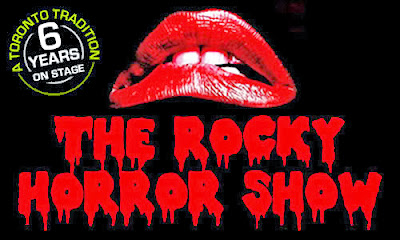 The Rocky Horror Show is one of my favourite musicals.

Celebrating 6 years on stage in Toronto! This comedy horror and cult classic tells the story of newly engaged couple Brad Majors and Janet Weiss, who meet a group of strange individuals!

I've seen the play a couple times plus I've watched the movie more times than I can count.

It has been playing at the Lower Ossington Theatre, a small theatre in our 'hood (Ossington/Queen W), and Gord and I saw it tonight ... it's the last night.  Surprisingly it's the first time we've seen a play there. 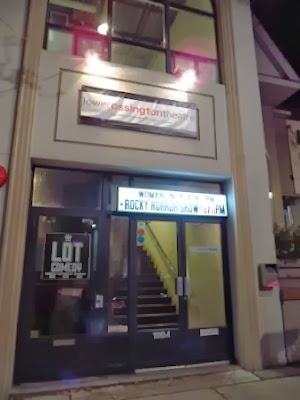 There are two theatres and they are on the second floor. 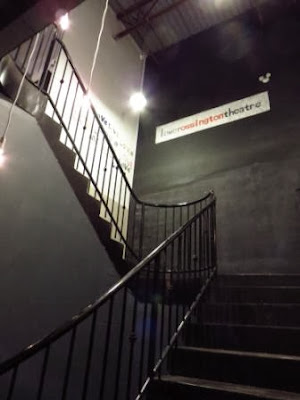 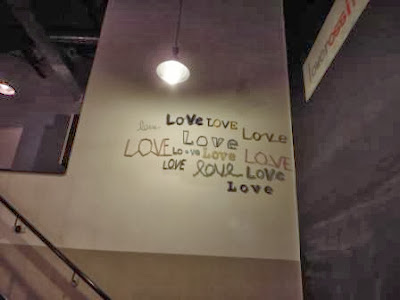 There is a canteen where you can buy drinks and snacks. 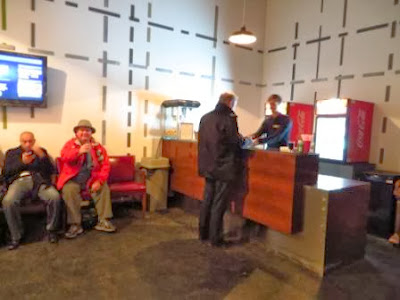 I enjoyed this production.  It was extremely raunchy and campy. 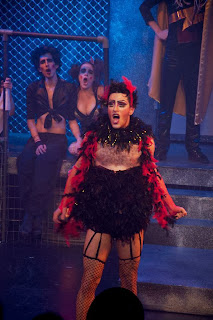 Because the theatre is small (about 140 seats), the actors got interactive with the audience.  If you've seen this play, you know that there is audience participation ... many knew the callouts to the lines and the actors seem to wait for them.  In some cases, the actors responded back which was funny.  The actors used the audience as their stage ... Gord and I and a girl sitting next to Gord had Frank-n-Furter laying on our laps for a while.

Adam Norrad and Bianca Heuvelmans stood out as Frank-n-Furter and Magenta ... they were awesome.  I liked the actors playing the Narrator, Brad and Janet too.  I found the weakest actors were the ones playing Riff Raff and Dr. Scott/Eddie.

It is not for children or the easily offended as the language was expressive and there was a lot of touching and grabbing of female and male parts.
By Teena in Toronto at 10:00 pm
Email ThisBlogThis!Share to TwitterShare to FacebookShare to Pinterest
Label(s): Live theatre, Live theatre: Lower Ossington Theatre

I've never seen the musical, but they show the movies at midnight at many theaters in our area and people dress up & act along with the movie (and throw toast, etc). It's fun.

They do that occasionally at a theatre here too. We've been a couple times.

oh yea...rocky horror! what a blast!! I have never gotten to see a musical, the closest I have been, is where they play the movie, and have a cast acting it out as well, and toss the toast, tp etc...so much fun! I'd LOVE to see a musical!!!

I didn't see this production, but I love the Lower Ossington Theatre...such an intimate theatre in a great neighbourhood! I saw Avenue Q, The Woman In Black and Next to Normal and really enjoyed them.